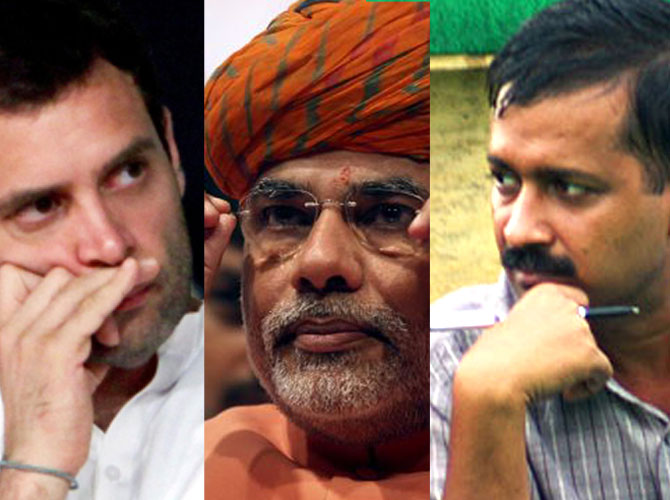 Politics should focus on the demands of ordinary voters rather than moving in the vague world of macroeconomics, notes Subhashis Gangopadhaya.

The national elections are only a few months away. It is difficult to say which political party, or coalition of parties, will come out as winners. The reason for this difficulty is that seldom do contending parties go head-to-head on any issue.

For instance, the Aam Aadmi Party in Delhi fought against corruption and the privileges enjoyed by those in power. The Congress party focused on flyovers and the provision of doles. The Bharatiya Janata Party concentrated on the development model that Narendra Modi has implemented in Gujarat.

We do not usually have such head-to-head discussions on common issues that need to be addressed by all contending parties; instead, different parties focus on issues that they feel most comfortable in handling -- hence, the entire contest becomes one of ideology, where no one knows what exactly the plan of any party, or formation, is.

'A nation does not participate in the polls; individual voters in the nation vote' 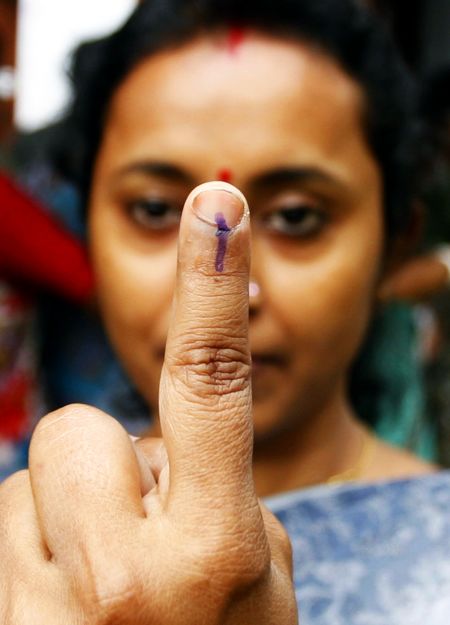 Image: A voter shows the indelible ink mark on her finger after casting her ballot at a polling booth in Siliguri during the 2009 Lok Sabha elections.
Photographs: Rupak De Chowdhuri/Reuters

A nation does not participate in the polls; individual voters in the nation vote. An unskilled young person is not interested in growth rates and foreign direct investment in retail if she is unable to land a job or start a business.

An aspiring entrepreneur may not care much for doles if she is unable to find labour that are skilled enough or if the financial markets are unable to support start-ups.

And a couple with young children may want to feel confident that the party they vote into power will ensure that their children get good schooling, leading to a bright future, while they get to keep their jobs.

So, the United Progressive Alliance will have to be able to argue that the politics of doles and flyovers will train the unskilled, fund the start-up and prepare the child for an adult career.

The National Democratic Alliance will, similarly, have to argue that it is their model of development that can address these better.

And the AAP has to be able to argue that reducing corruption and improving governance will improve the condition of all voters regardless of their youth, training and family composition. Clearly, the AAP has a head start because corruption lets you down regardless of who you are.

The romance of the common India with the Aam Aadmi Party 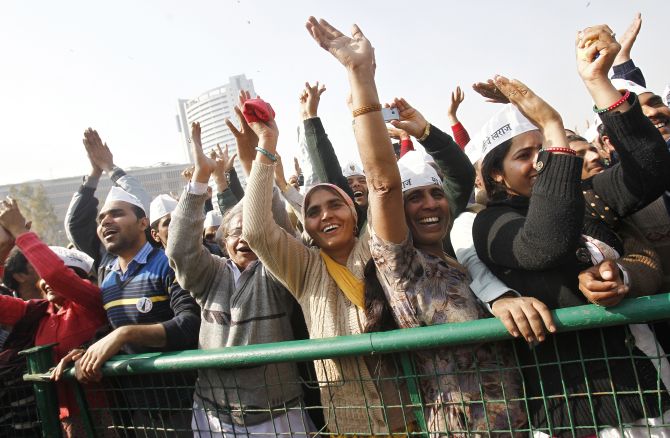 I do not think people are averse to corruption because of any moral or ideological compulsion. I am sure there are many AAP supporters, young and old, who have gleefully paid a bribe to the police to avoid being "challaned" for a traffic violation, or to a railway official to jump the queue on a wait-listed ticket.

Or, while they support good governance and reducing the privileges enjoyed by the elite and the powerful, they have themselves used -- wherever possible -- their connections to the rich and powerful to get things out of turn or avoid the bribe demands of petty officials.

I do not think that individuals mind not achieving everything they aspire to; what irks them is the knowledge -- or the perception -- that the less deserving are achieving what the more deserving are not. This is what has led to the romance of the common Indian with the AAP.

In other words, instead of moving around in the vague world of growth, development and macroeconomics, it is important to focus on the aspirations of the common Indian, be they young, old or Jains. 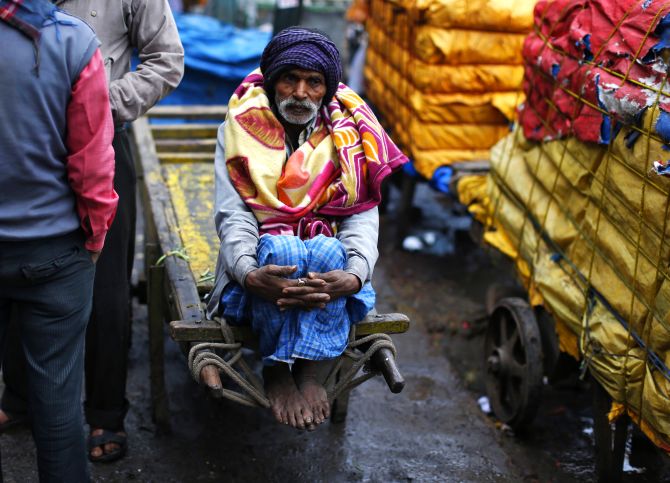 Image: A labourer sits on a cart during a cold morning in Delhi
Photographs: Anindito Mukherjee/Reuters

It is important for political formations to convince voters that they are striving to make the world a fairer place. So, if allowing FDI in retail is a good thing, they must convincingly argue that it increases the job and income opportunities of the common Indian and a higher rating of the Indian economy from Moody's is not the only goal.

Secularism is a good strategy because it increases the opportunities for all Indians, and not just for those in the minority. And institutionalising doles is good not because it helps the current poor but because in an uncertain market economy anybody can end up being poor.

It would be so much fun if all political parties and formations could systematically argue how each of their policies addresses the aspirations of the aam "aurat" and aam aadmi.

Ideological and moral discussions, the pedigree of the leaders and the legacy of political parties, or vague references to findings that can never be found in the public domain may make exciting and entertaining viewing on television channels but do not necessarily help people in deciding whom to vote for.

In the meantime, I think the Trinamool Congress should agitate to get Bengalis minority status. First of all, the majority of Indians are non-Bengalis, making Bengalis a minority. Second, like all good faith-based communities, Bengalis believe they are the chosen ones. Third, a large section of non-Bengalis use a highly pejorative term -- Bongs -- to describe Bengalis.

Fourth, Bengalis believe they are different. Groups and communities have been declared minorities for much less. If Bengalis want to hold their heads high and have their rightful place in Indian society, they must now get minority status.