The world's 10 most influential spiritual leaders 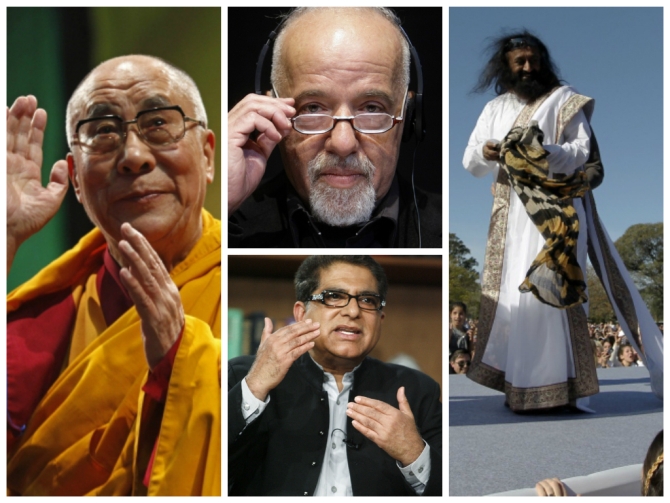 Over centuries, people have turned to spiritual leaders for enlightenment and guidance, and it still holds true, for such leaders still inspire fervour in their believers. People’s beliefs have been shaped by generations of various spiritual innovators.

We bring you a list of the most influential spiritual leaders 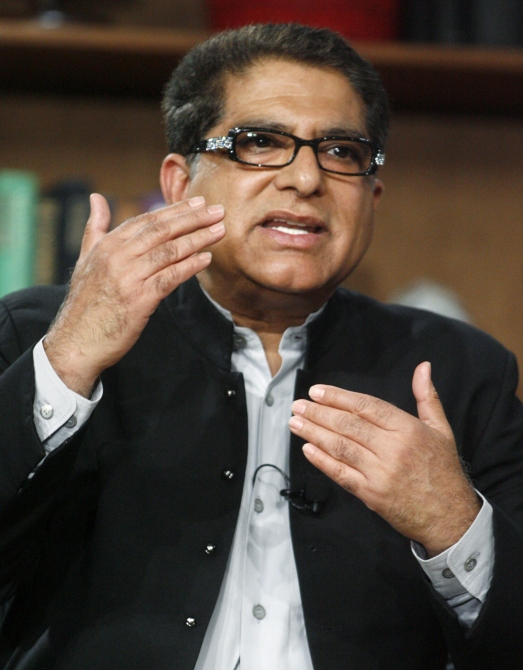 Chopra began his career as a doctor in Boston in the 1970s. But later, after becoming disenchanted with Western medicine, however, Chopra turned to alternative medicine. Then, after a meeting with spiritual guru Maharshi Mahesh Yogi, Chopra quit his job and started the American Association of Ayurvedic Medicine, and later, transforming himself as a mind-body spirit gurus. Image: The Dalai Lama greets the audience before his conference: A guide to the way of life of Bodhisattva, in Mexico City.
Photographs: Edgard Garrido/Reuters

The Dalai Lama is the spiritual leader of the Tibetan people. During the 1959 Tibetan uprising, the Dalai Lama fled to India, where he denounced the People's Republic of China and established a Tibetan government in exile.

He has since traveled the world, advocating for the welfare of Tibetans, teaching Tibetan Buddhism and talking about the importance of compassion as the source of a happy life. He won the Nobel Peace Prize in 1989. 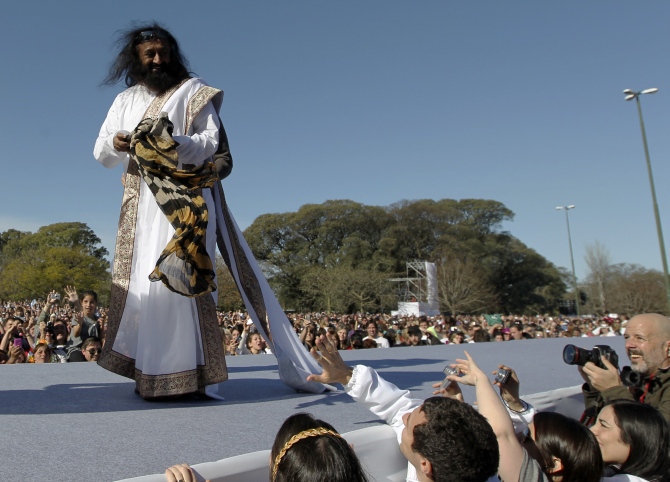 Frequently referred to as Sri Sri, Ravi Shankar is a spiritual leader and founder of the Art of Living, which aims to relieve violence and societal problems. He has been listed as the fifth most powerful leaders in India. 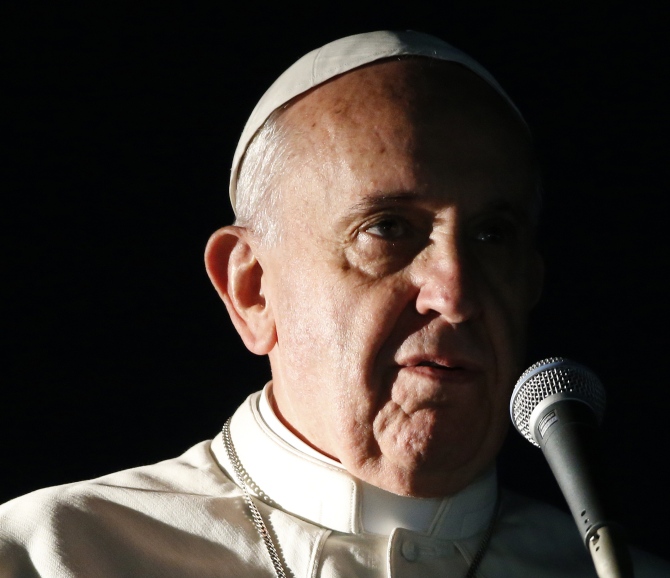 Pope Francis was named Person of the Year 2013 by the Time magazine for changing the perception of the Catholic Church in an extraordinary way within just nine months in office.

On the 77-year-old Pope, Time said his focus on compassion, along with a general aura of merriment not always associated with princes of the church, has made him "something of a rock star".

In a lifetime of teaching and leading priests in Latin America, which has the largest share of the world's Catholics, Bergoglio has shown a keen political sensibility as well as the kind of self-effacing humility that fellow cardinals value highly, says his official biographer, Sergio Rubin. 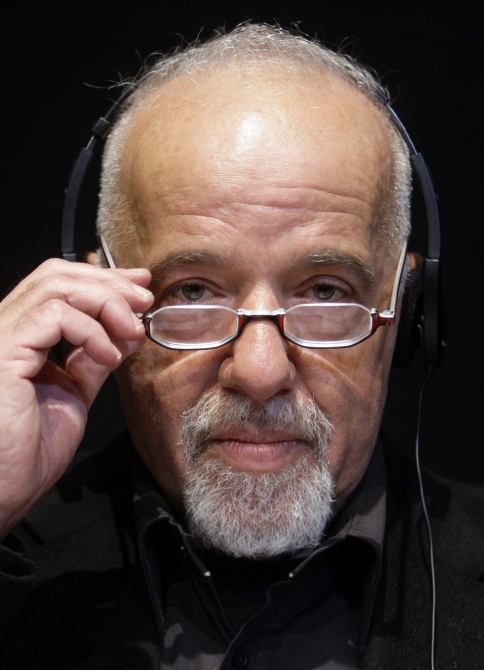 As a teenager, Cohello was so rebellious that his parents had to commit him to an asylum thrice. It was only in his later thirties, that he had his spiritual awakening, and wrote his first book The Pilgrimage, an autographical account.

His second book, The Alchemist, went virtually unnoticed at first, but a few translations later, leapt onto bestsellers, selling more than 35 million copies.  His books have been called inspiring and life changing. 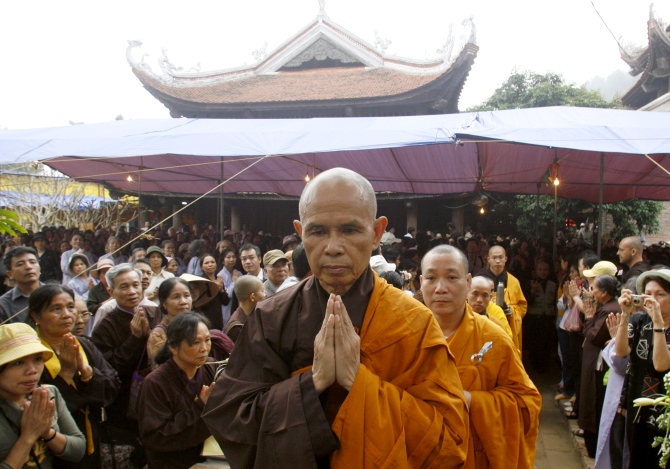 Image: Buddhist monk Thich Nhat Hanh (centre), walks among believers after finishing a speech at the opening ceremony of a requiem mass at the Non Nuoc pagoda in Soc Son mountain, 64 km of Hanoi.
Photographs: Kham/Reuters

Thich Nhat Hanh is a Vietnamese Zen Buddhist monk, teacher, author, poet and human rights activist. He is known for coining the term ‘Engaged Buddhism’ in his book Vietnam: Lotus in a Sea of Fire.

He founded the PlumVillage, a Buddhist community in exile in France, where he continues his work to alleviate political prisoners, and hungry families in Vietnam and throughout the Third World. 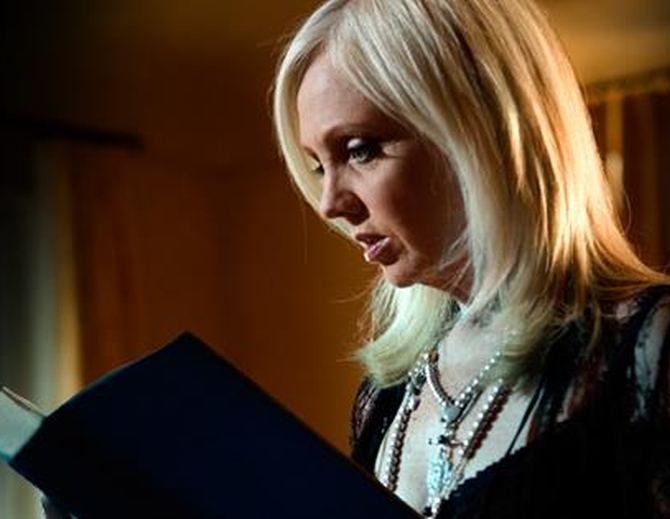 Rhonda Byrne is an Australian TV producer and writer. She is best known for her book The Secret, which philosophises that believing will allow you to achieve your wishes and dreams. She gained popularity after appearing on The Oprah Winfrey Show.

The Secret has sold more than 19 million copies in 40 languages worldwide. 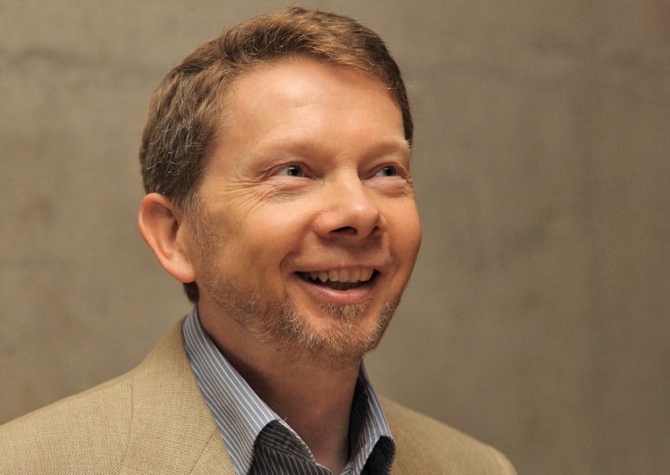 A German-born resident of Canada, Eckhart is best known for his book The Power of Now and A New Earth. He has been called the ‘most spiritual author in the United States’ by the New York Times.

Tolle is not identified with any particular religion, but says he has been inspired by a range of spiritual works. His books have sold an estimated 5 million copies, and around 35 million people have attended his ‘webinars’. 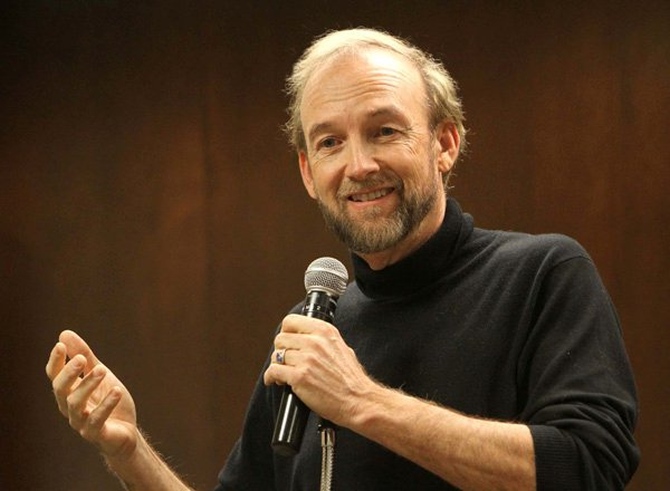 Initially rejected by several publishers, James Redfield self-published his first book about the quest for enlightenment, The Celestine Prophecy As a therapist, he was influenced by the human potential movement, and turned to it to treat his clients.

The book spent over three years on the on the New York Times Best Seller List and sold more than 20 million copies. 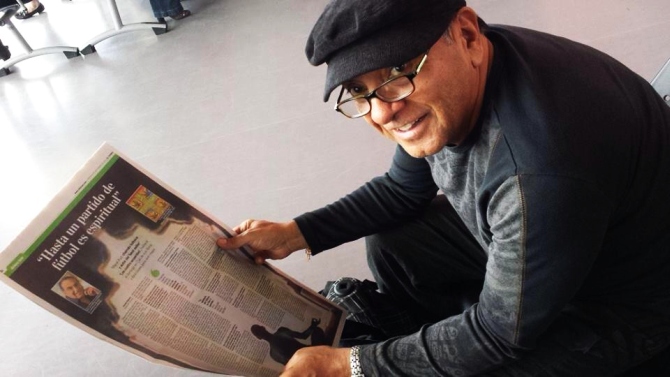 Don Miguel Ruiz is a Mexican author whose teachings focuse on the Ancient Toltec teachings that are used to achieve happiness, peace, and love within one's life by achieving the wisdom to do so.

When he was young, a near fatal car accident changed his life’s direction. He realised that the Toltec wisdom of his family contained all of the tools needed to change the human mind. Don Miguel promptly returned to his mother to finish his training and he became a Shaman.