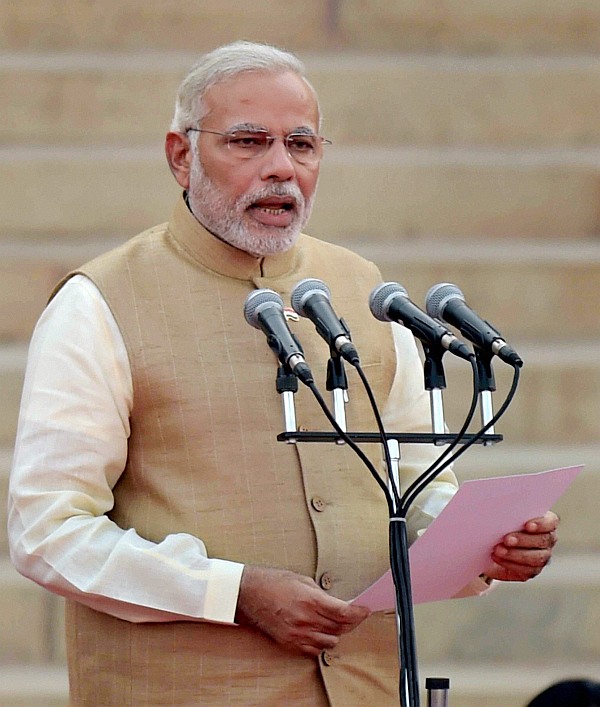 Image: Narendra Modi taking oath as the 15th prime minister of India, at a ceremony at Rashtrapati Bhavan in New Delhi on Monday
Photographs: PTI Photos

Marking the beginning of a new era in Indian politics, Narendra Modi was on Monday sworn in prime minister at the head of a 45-member coalition government after the elections threw the first government with absolute majority in 30 years.

63-year-old Modi, the first leader to get a landslide majority for BJP on its own,  became the 15th prime minister in a virtual 'coronation' ceremony in the forecourt of the Rashtrapati Bhawan before a 3000-strong gathering, the largest audience at the swearing in a of new government. 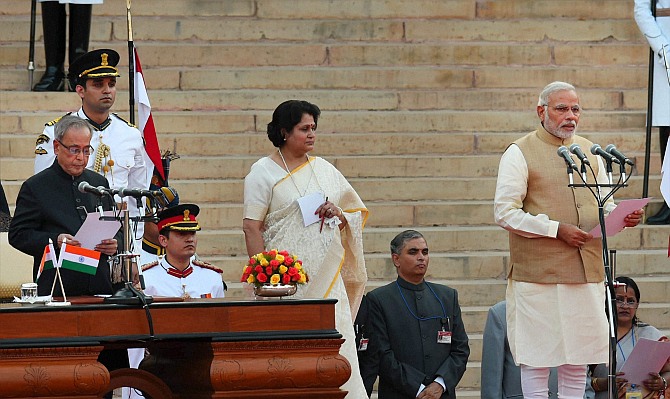 Image: Narendra Modi taking oath as the 15th prime minister of India, at a ceremony at Rashtrapati Bhavan in New Delhi on Monday
Photographs: PTI Photos

Dignitaries from politics, industry, cinema and religion, capped by leaders of SAARC nations including Pakistan Prime Minister Nawaz Sharif, watched Modi take the oath of office and secrecy in Hindi. 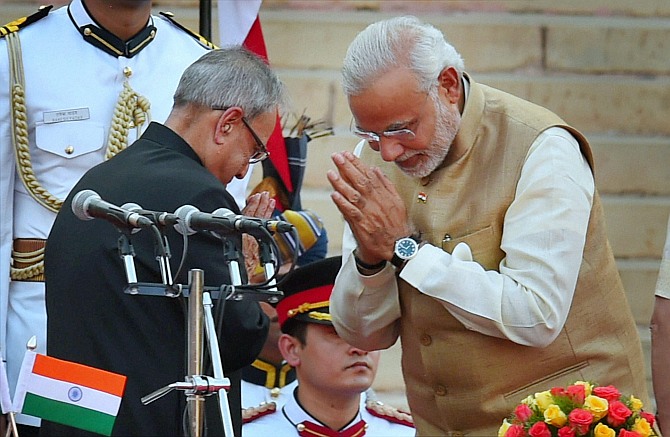 Sri Lankan President Mahinda Rajapakse, whose effigy was burnt some km away in the morning, Afghan President Hamid Karzai and Mauritius President Naveen Chandra Ramgoolam were the other foreign dignitaries present at the ceremony.

At the end of the 90-minute swearing-in ceremony, Modi shook hands with all the heads of governments from abroad after the President took a group photograph with the new council of ministers. 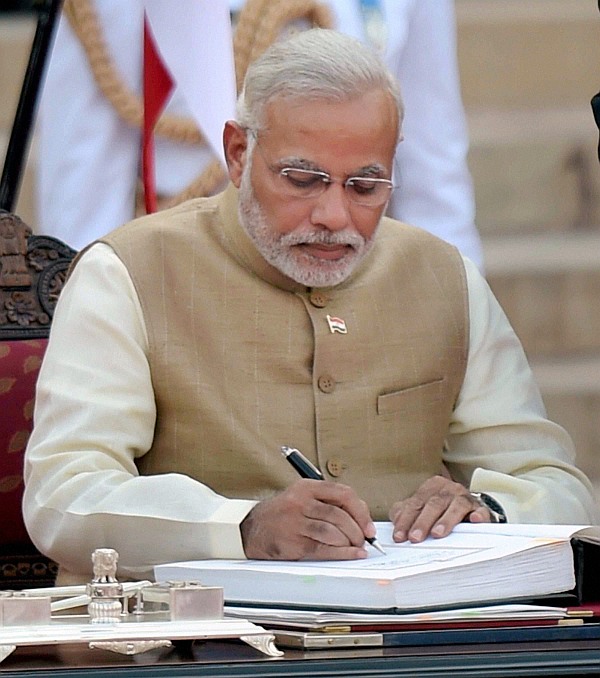 Image: Narendra Modi signs the register after taking oath as the 15th Prime Minister of India, at a ceremony at Rashtrapati Bhavan in New Delhi
Photographs: PTI Photos

Modi also exchanged greetings with the outgoing PM. Shortly later, it was all disorder as the gathered crowd sought to greet the new PM that led to pushing around.