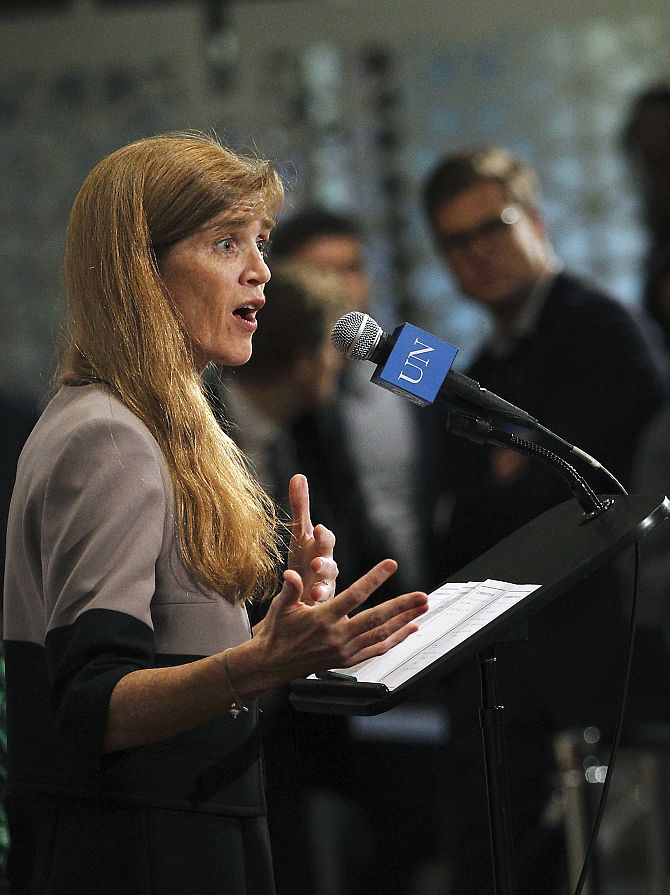 The United States has said that it has given up trying to work with the United Nations Security Council on Syria, holding Russia responsible for preventing the world body from protecting security of Syrian people.

Following another round of consultation with members of the UNSC, the US announced that it has given up trying to work with the world body on Syrian crisis.

"I was present in the meeting where the UK laid down the resolution and everything in that meeting, in word and in body language, suggests that that resolution has no prospect of being adopted by Russia in particular," the US Ambassador to the UN Samantha Power said.

"Our considered view, after months of efforts on chemical weapons and after two and a half years on Geneva, on the humanitarian situation, is that there is no viable path forward in this Security Council," she said. 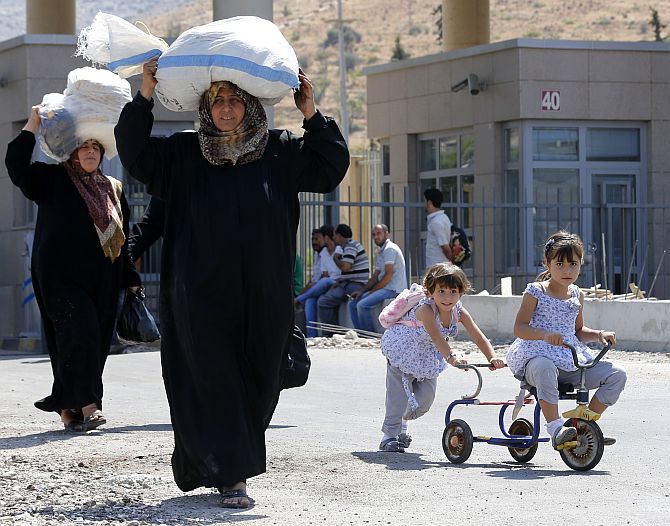 Power rued that because of countries like Russia the 15-nation council has failed to live up to its reputation.

"We in the United States agree with the view that -- at times like this -- the Security Council should live up to its obligations and should act," she said.

"Unfortunately, for the past two and a half years, the system devised in 1945 precisely to deal with threats of this nature did not work as it was supposed to. It has not protected peace and security for the hundreds of Syrian children who were gassed to death on August 21," she said.

She said the system, instead, has protected the prerogatives of Russia, the patron of a regime that would brazenly stage the world's largest chemical weapons attack in a quarter century, while chemical weapons inspectors sent by the United Nations were just across town.

Even in the wake of the flagrant shattering of the international norm against chemical weapons use, Russia continues to hold the Council hostage and shirk its international responsibilities, including as a party to the Chemical Weapons Convention, she said. 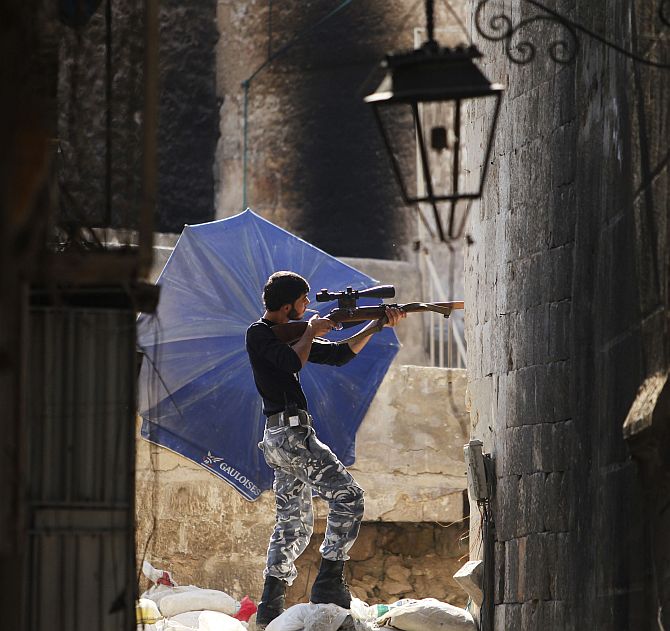 Image: A Free Syrian Army fighter aims his weapon as he takes a defensive position in the old city of Aleppo
Photographs: Muzaffar Salman/Reuters

It is in the interest of all member states of the UN to respond decisively to this horrific attack, she said.

Power said that Russia even blocked the issuance of a mere press statement condemning chemical weapon use in the Security Council.