TopperSpeak: How to crack GATE 2014 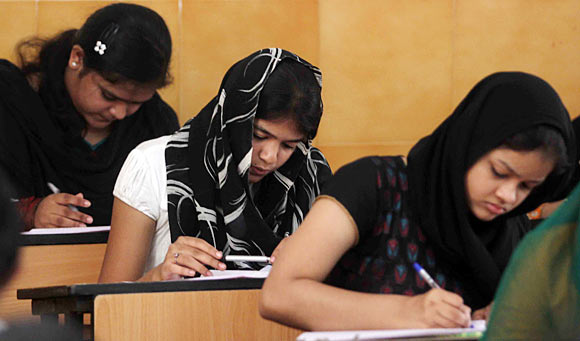 Ashish Mittal who topped the Graduate Aptitude Test in Engineering last year shares his study secrets and strategies that helped him optimise his score.

Less than 30 days away, last minute preparations for GATE 2014 are afoot by every aspirant for the MTech courses at the IITs or a dream PSU job.

Since this year, the entrance exam for admission to post graduate programmes in engineering and science will be held online for all papers.

The first online GATE is scheduled between February 1 and March 2, 2014.

As part of our series to help young readers prepare for the upcoming exam, we spoke to Ashish Mittal, GATE 2013 Topper for Computer Science who shared his preparation strategies with all the GATE 2014 aspirants.

Mittal who graduated from Dharmsinh Desai University, Nadiad, Gujarat, in Computer Science with a gold medal for excellence in academics has been a consistent topper through his University days.

Having decided early on to crack GATE to the best of his abilities, Mittal proves that his dedication and determination saw him through GATE 2013 as a topper.

Currently pursuing MTech at Indian Institute of Technology, Bombay, the young achiever is also a sports enthusiast with an interest in meaningful recreational activities. Read on to find out more about his study plans and how he succeeded in cracking the competitive exam.

When and how did you decide that you wanted to prepare and appear for GATE?

When I was in my first year of BE, I was upset at not getting into one of the premier institutions of country.

In my second year, I came to know of some of the great projects and work done at the IITs. And at that point I decided to do an MTech from one such good IIT and started working towards that goal. So I started my preparation from the end of the second year of BE.

Why GATE? Did MBA come as an option in front of you when you were making the career decision?

I was sure of what I wanted to do. I knew I was technically good and had good programming skills, so I wanted to pursue my field of interest and expertise. I have always wanted to do something new and knew that my best shot would be in Computer Science. So MBA was never an option I desired to work on.

What was your GATE Score? What was the score you targeted when you began preparation?

In the end I was happy with my result.

What are you doing currently?

I am currently pursuing MTech in Computer Science at the IIT Bombay.

How did you start your preparation? in detail.

Do you think coaching is necessary to crack GATE?

I didn't feel it was necessary. But it depends on the student itself. If you feel that you need coaching, don't be afraid to take one.

PSU recruitment is a dream for many GATE aspirants. Your opinion on any other strategy that one needs to follow for PSU preparation?

I had no intention of working with PSUs because there are very few of them offering quality jobs in computer science. So I cannot help you for any such preparation.

What was your time management strategy? How can aspirants make the most of the time available?

Ideally you should look at every question at least once, because that way you don't miss on any relatively easy or moderate question.

I would advise leaving/ not answering those questions for which you don't have a clue or for which you've already spent more than enough time.

Stay away from gambling (because the probability of a wrong answer (75 per cent) is higher compared to the right answer (25 per cent) and it holds true even in exams).

While you are it, keep an eye on your watch so that you are able to take important decisions in the exam.

With less than a month left for GATE 2014, should there be a change in preparation strategy? What has to be emphasised on?

Now there are very few days left, so intensity of preparation should increase. More and more efforts are required to work on your weaknesses.

What is your message to the aspirants who will take GATE 2014?

Stay focused on what you want to achieve. Keep your goals, ambitions, dreams in your mind and avoid distractions. If you feel less motivated, think of the things you can achieve if you were studying at the IITs.