Two high-end SUVs, watches worth Rs 44 lakh and residential properties worth Rs 35 crore are part of the total assets declared by Navjot Singh Sidhu, the Congress' candidate from the Amritsar East assembly seat and its Punjab chief. The 58-year-old former India cricketer on Saturday filed his nomination papers before the returning officer in Amritsar for the February 20 state assembly elections.

Sidhu in his affidavit, filed along with the nomination papers, declared total assets worth Rs 44.63 crore.

This includes movable and immovable assets, including those of his wife and former MLA Navjot Kaur Sidhu, of Rs 3.28 crore and Rs 41.35 crore respectively.

Among the movable assets, as declared by Sidhu, are two Toyota land cruisers worth Rs 1.19 crore, a Toyota Fortuner worth Rs 11.43 lakh, gold jewellery worth Rs 30 lakh and watches worth Rs 44 lakh.

His wife Navjot Kaur Sidhu owns jewellery worth Rs 70 lakh, according to the affidavit.

Among immovable properties, Sidhu has declared six showrooms in Patiala but he does not have any agricultural land, it stated.

Sidhu has also declared his residential house, an inherited property, spread over 1,200 square yard in Patiala worth Rs 1.44 crore.

He has also shown his 5,114 square yard residential property in Amritsar worth about Rs 34 crore.

The Punjab Congress chief has declared having done B.A. from the Punjabi University in Patiala in 1986 as educational qualification.

He has declared his source of income from salary as MLA, rental income and pension from the Board of Control for Cricket in India (BCCI). 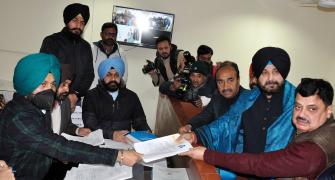 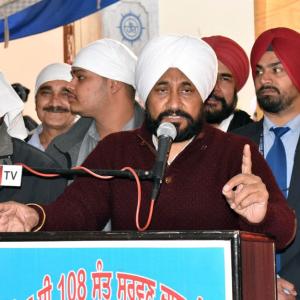 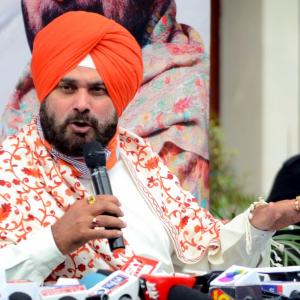