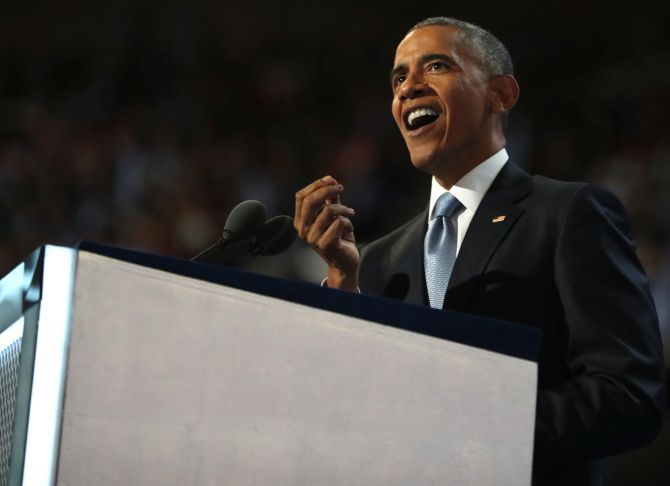 As Barack Obama delivers his final address as president of the United States, here's a look at some of his most memorable speeches, which captured hearts and minds around the world.

Thank you Obama, for your words... 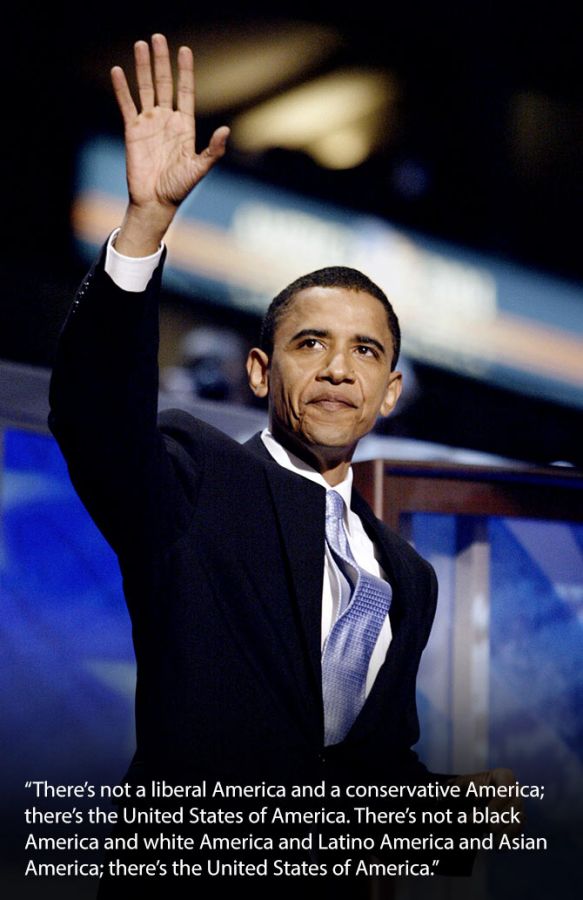 When Obama delivered this 17-minute speech, he was running for the US Senate. His rousing words, rooted in optimism, is arguably the finest political speech in recent American history. 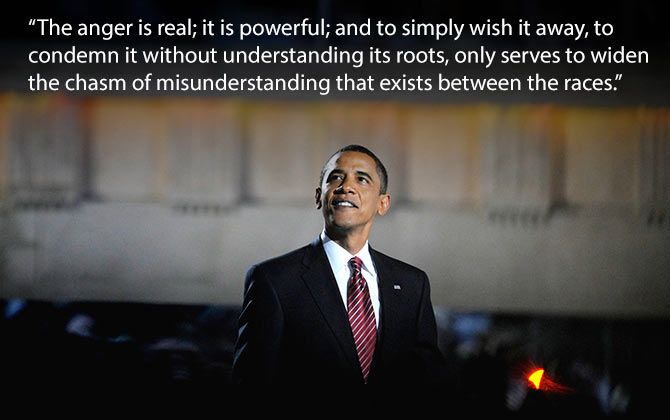 In 2008, when America witnessed protests, police shootings and inflammatory political rhetoric (much as it, alas, does now) the junior Senator from Illinois -- the outsider (Hillary Clinton was the frontrunner, remember?) vying for the Democratic party presidential nomination -- drew on the history of his nation and his family to explore the complex issues of race and discrimination. 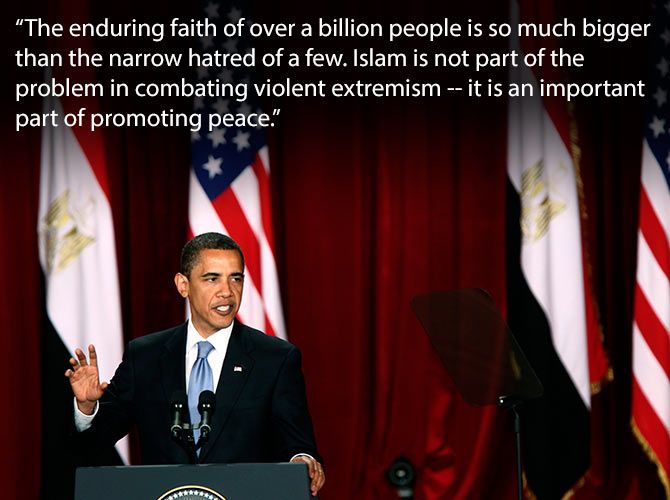 After assuming office, President Obama wanted to signal a clean break with the Bush administration's policies towards the Arab and Muslim worlds (the wars in Iraq, Afghanistan) and proclaim a new beginning based not on military might and intervention, but on 'dialogue.'

Then acclaimed by the Muslim world, the eloquent speech was, however, felled later by the complexities and realpolitik of the Middle East and Islamist radicalism.

4. Together We Thrive: Tucson and America memorial 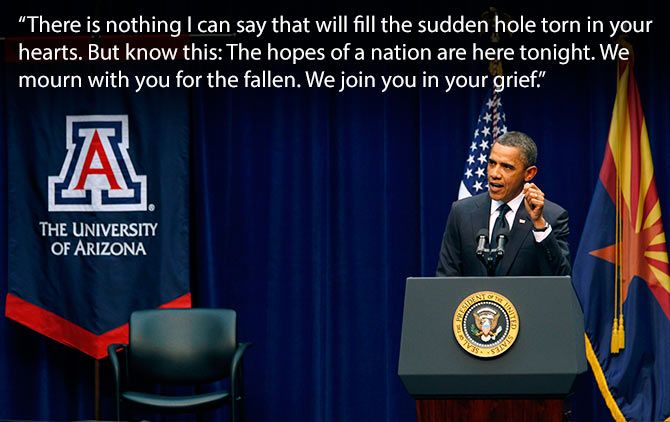 Perhaps the most moving moment of Obama's first term as President came when he spoke at the memorial for victims of the shooting in Arizona that killed nine people and injured 13, including US Congresswoman Gabby Gifford.

Obama, who teared up at one point and had to collect himself, rose above the intensely partisan political discourse, calling for a new era in civility in America. 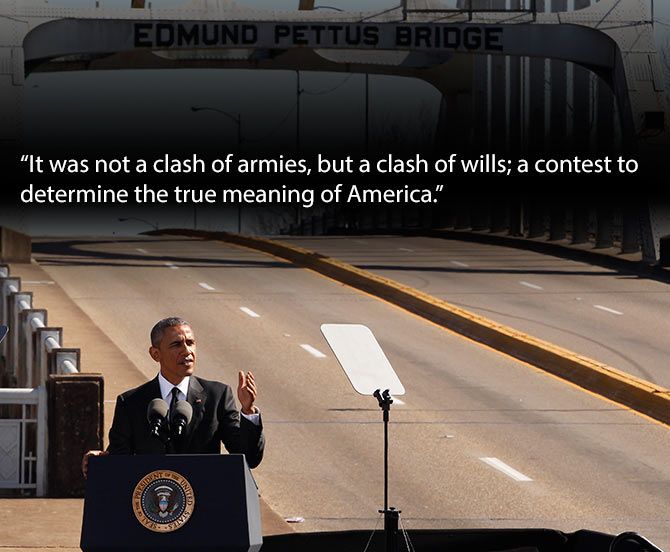 Fifty years after those marches for equality and the end to racial discrimination, Obama -- whose father was black and mother was white -- spoke of the turbulence in the 1950s and 1960s that led to the march on Selma (which was led by Dr Martin Luther King, Jr) and reminded Americans that the legacy of Selma was that there is still work to do, bringing blacks and whites together. 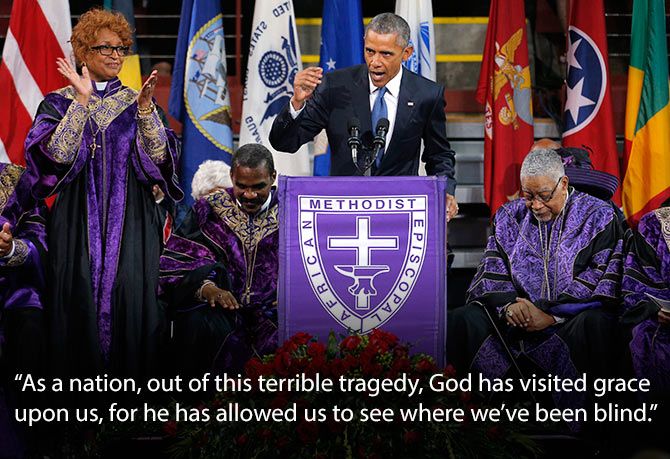 Obama delivered the eulogy for the victims of the June 2015 Charleston shooting, where a white supremacist murdered nine members of a black church.

The President spoke of the safe space the black church had been throughout the centuries-long struggle for civil rights, leaving his audience in Charleston and indeed worldwide moved by the sheer power of his words.

7. Remarks at the Democratic Convention, 2016 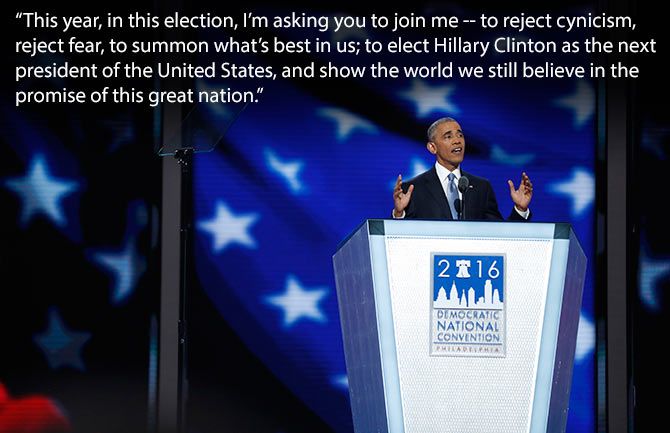 Twelve years after he first addressed the Democratic National Convention, Obama said he felt more optimistic about the nation's future than he did when he first took office.

He credited it, in part, to his supporters and asked them to 'carry' Hillary Clinton to the Oval Office and after, the way they carried him all this time.

And this is why Obama is the king of mic drops... 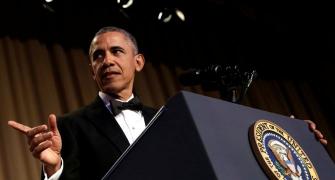 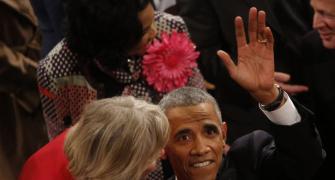 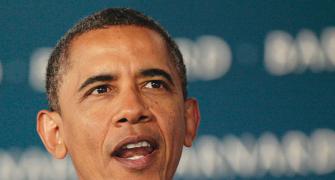 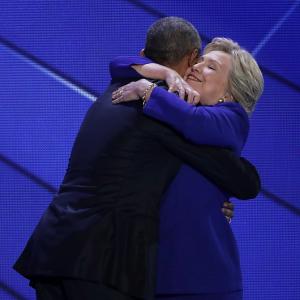 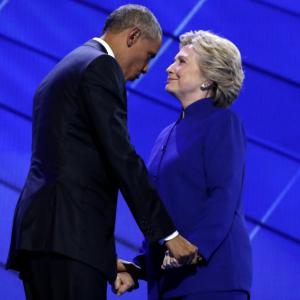