Indian-American physician Vivek Murthy has been confirmed by the Senate as United States President Joe Biden's surgeon general, a role in which his top priority would be responding to the coronavirus pandemic that has severely hit the country. Dr Murthy, 43, would occupy the position of America's Surgeon General for the second time. In 2011, president Barack Obama tapped him to serve on the advisory group on prevention, health promotion, and integrative and public health.

“I'm deeply grateful to be confirmed by the Senate to serve once again as your Surgeon General. We've endured great hardship as a nation over the past year, and I look forward to working with you to help our nation heal and create a better future for our children,” Murthy said on Tuesday soon after the Senate confirmed his nomination by 57-43 votes.

In 2013, Obama nominated Dr Murthy to be the surgeon general. He was the youngest ever to hold the office at the age of 37. However, he had to abruptly leave the position during the Trump administration.

As US Surgeon General, Dr Murthy will advise US President Biden on the coronavirus pandemic and will be the federal government's leading voice on public health.

Seven senators from the opposition Republican Party voted in support of Dr Murthy. He was an adviser to the Biden campaign and transition.

Senator Joe Manchin said that during his previous tenure as Surgeon General, Dr Murthy worked to create a culture of public health promotion grounded in nutrition, physical activity and emotional well-being to help prevent conditions like obesity and diabetes.

Dr Murthy also released a report outlining plans to reduce opioid prescriptions and expand access to treatment for those suffering from a substance use disorder, he said. He understands the issues facing this nation including the ongoing COVID-19 pandemic, the drug epidemic and protecting rural healthcare.

COVID-19 has taken the lives of several members of Murthy's extended family. During his confirmation hearing in February, he said that seven of his family members in India and America have died due to COVID-19.

“Dr Murthy has confirmed his commitment to remaining non-partisan as Surgeon General and reaffirmed his belief that the vast majority of gun-owning Americans are responsible and follow the law. For these reasons, I believe Dr Murthy is qualified to be Surgeon General and I look forward to working with him to address the numerous issues facing our nation,” Manchin said.

Senate Health, Education, Labour and Pensions Committee Ranking Member Richard Burr, a Republican, said that Americans need to be able to trust the messages delivered by the Surgeon General are fact-based and bias free.

“Unfortunately, I am still deeply concerned about Dr Murthy's ability to separate his political convictions from the public health decisions he will once again have to make in this role. For this reason, I voted against his confirmation,” the Republican Senator said.

Senator Tammy Baldwin who voted in favour of Dr Murthy said that the new Surgeon General has committed his life's work to public health, serving as America's Doctor before, and he is the leader we need in this role to help us get past the ongoing COVID-19 pandemic.

Senator Jacky Rosen said that Dr Murthy has the deep experience and knowledge “we desperately need in the Surgeon General's office as we continue working to overcome the COVID-19 pandemic.”

Murthy was a top health adviser to the Biden campaign. He was part of Biden's public health advisory committee as the pandemic first took hold in the US and served as a co-chair of Biden's COVID-19 advisory board during the transition.

Murthy was born in Huddersfield, Yorkshire to immigrants from Karnataka. When he was a three-year-old, the family relocated to Miami.

Dr Murthy has co-founded Doctors for America, which has more than 18,000 physician and medical-student members and focuses on affordable health care. 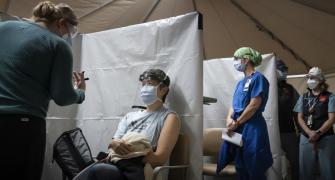 Biden advisor: 'We haven't seen the worst yet' Why is next US Surgeon General Vivek Murthy worried? 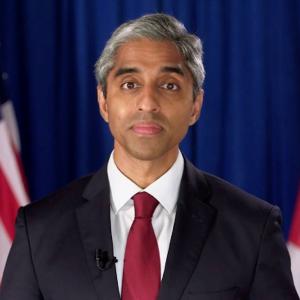