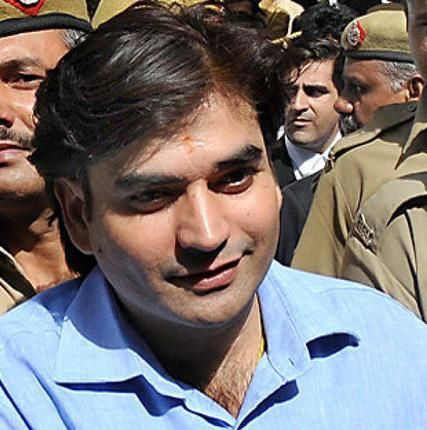 The Supreme Court on Monday dismissed the parole plea of Vikas Yadav, who along with his cousin Vishal Yadav is serving a 25-year jail term for killing business executive Nitish Katara in 2002.

A bench comprising Chief Justice Ranjan Gogoi and Justice Surya Kant did not allow the plea of Vikas who had sought parole for four weeks on the grounds that it was his constitutional right and he had spent around seventeen-and-half years of total 25 years jail term awarded to him in the case.

"You have been sentenced for 25 years of imprisonment, complete it," the bench said while dismissing his parole plea.
The bench, meanwhile, also dismissed another plea of Vikas in which he had challenged the constitutional validity of the Delhi High court order awarding him the jail term without any remission.

The plea had said that the courts are not permitted under the statute to specify the time limit of the imprisonment and put a condition that the jail term will operate without any grant of remission.

"The petitions are dismissed," it said.

On October 3, 2016, the apex court had awarded a 25-year jail term without any benefit of remission to Vikas Yadav and his cousin Vishal Yadav for their role in the sensational kidnapping and killing of Katara. Another co-convict Sukhdev Pehalwan was also handed down a 20-year jail term in the case.

Prior to this, the Delhi high court, while upholding the life imprisonment awarded to Vikas and Vishal Yadav by the trial court, had specified a 30-year sentence, without any remission, to both of them. It had awarded a 25-year jail term to third convict Pehalwan.

During the brief hearing on Monday, the bench asked Yadav's counsel as to why he wanted to go out on parole when he has been awarded 25 years of jail term by the apex court, that too without any remission.

The counsel said Vikas has been jail for last 17-and-half years in the Katara murder case and parole was his constitutional right and, moreover, it has been wrongly denied by the high court on the grounds that he was serving four years jail term in another murder case of Jessica Lall.

The apex court, however, did not agree with the contentions.

Vikas, son of controversial Uttar Pradesh politician D P Yadav, and his cousin Vishal Yadav were sentenced for kidnapping and killing Katara on the intervening night of February 16 and 17, 2002 for his alleged affair with Bharti Yadav, sister of Vikas, as they belonged to different castes.

D P Yadav, father of Vikas, is also serving life term in a Dehradun jail in connection with the murder Mahendra Singh Bhati, an MLA from Ghaziabad's Dadri area, who was shot dead at Dadri railway crossing in December 1992. 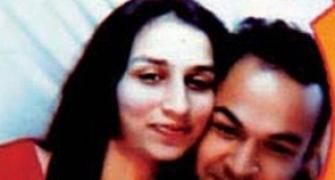 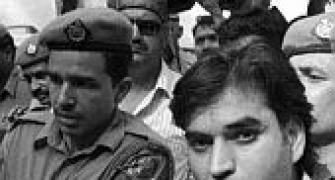 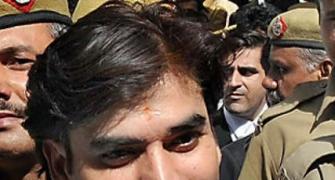 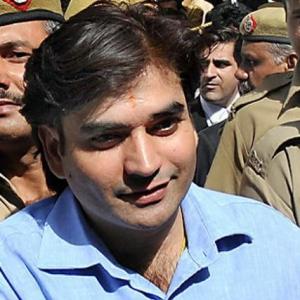 Nitish Katara and I were just friends:Bharti Yadav