Rahul Gandhi was on Saturday formally elevated to the number two position in the Congress party after being appointed its Vice President, but his role in the 2014 Lok Sabha polls would be decided later.

The anointment of the 42-year-old leader nine years after he entered politics was formalised at the meeting of the party's highest policy making body, the Congress Working Committee, which unanimously adopted a resolution for this moved by Defence Minister A K Antony.

The decision ends prolonged speculation about a bigger role for Rahul, so far one of the 11 general secretaries of the Congress. The speculation focussed on the possibility of his being made Working President or Secretary General of the party.

It was clear that the party has stopped short of naming Rahul either as its face in the 2014 polls or as its prime ministerial candidate, obviously, giving itself time to see how the political scenario pans out in the run up to the polls.

Janardhan Dwivedi, chief spokesperson of the party, who made the much-awaited announcement, told reporters as to what will be Rahul's role in the next election or whether he will lead the election campaign will be decided later.

"Any election or campaign related decisions will be taken at a later stage," Dwivedi said after the CWC meeting held on the sidelines of the two-day Chintan Shivir (brainstorming conclave).

He said with his appointment as vice president of Congress, Rahul Gandhi has been elevated to the "number two" position in the party.

"This decision will greatly strengthen the party and the hands of the Congress President. The Congress is a pan-India party which is the only unifying force that unites all sections.

"In Rahul Gandhi the party has its most effective and most accepted young leader reflecting the feelings of millions of Congress workers," Dwivedi said.

Rahul becomes the third vice president of the party in its recent history -- the earlier ones being Arjun Singh under Rajiv Gandhi and Jitendra Prasada under Sitaram Kesri. Kamlapati Tripathi was the Working President during the tenure of Indira Gandhi.

The second term MP from Amethi is expected to make his address at the AICC session tomorrow which will begin with Sonia Gandhi's speech.

Prime Minister Manmohan Singh and a number of senior ministers and leaders are expected to speak before the AICC adopts its 'Jaipur Declaration' covering political, economic and other issues.

Dwivedi said at the CWC meeting, Antony said he wanted to propose Rahul's name as Vice President since for a long time Congress workers have been making the demand and the media was also speculating that he should be given an important post.

"So that's why I propose that Shri Rahul Gandhi be made vice president. The whole CWC supported this by thumping of desks. After their support, the Congress President gave her consent and thereafter Rahul Gandhi accepted the post," he said quoting Antony.

Rahul's appointment comes 16 months ahead of the Lok Sabha polls and at a time when BJP appears to be zeroing in on Narendra Modi as its Prime Ministerial candidate.

He was made the Congress General Secretary by party chief Sonia Gandhi on Sept 24, 2007, over three years after he entered politics by becoming the party MP from Amethi, a seat represented by Rajiv Gandhi.

He was given the charge of Indian Youth Congress and the National Students Union of India which he sought to democratise by holding regular elections.

The remarks by Dwivedi on a later-day decision about whether Rahul would be the party's face in the campaign are significant as they come in the backdrop of speculation that the elections could be a Rahul vs Modi tussle.

The refrain of the Congress chief as also several leaders at the Shivir was that there was need to bring a young leadership to connect with the changing demographic profile of the country when the majority was below the age of 45.

For the last two days, there has been a chorus of demands from ministers and leaders that Rahul should be entrusted with a larger role.

Celebrations erupted outside the venue even before the formal announcement of Rahul's new role in the party with jubilant workers bursting crackers and raising slogans hailing the young leader.

The elevation of Gandhi could lead to major changes in the party. Indications to this effect were given by party General Secretary Digvijay Singh who said that, generally, when a new leader comes, he brings in his team.

He, however, hastened to add that even if Rahul accepts a predominant role in the organisation, he will also be part of the team headed by the party chief Sonia Gandhi.

Singh has worked closely with Rahul being in charge General Secretary of the party affairs in Uttar Pradesh.

He said that Congress has seen several young leaders as its chief like Maulana Azad and Jawahar Lal Nehru.

He, however, dismissed suggestions that the party would go for a quota in ticket distribution for those under 45 years to be in tune with India's changing democratic profile.

Singh said that there was no need for quota and the young would be automatically given preference in ticket distribution in the changed scenario with women also getting a better deal. 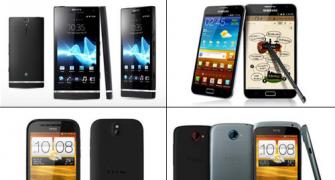