The Punjab assembly on Tuesday adopted a resolution rejecting the Centre's new farm laws and passed four bills it said will counter the contentious legislation enacted by Parliament. The bills were passed and the resolution adopted unanimously after over five hours of discussion on the second day of a special assembly session called by the Amarinder Singh-led Congress government.

The two Bharatiya Janata Party MLAs were not present in the House.

The state bills provide for imprisonment of not less than three years for the sale or purchase of wheat or paddy below the minimum support price, exemption of farmers from attachment of land up to 2.5 acres and prevention of hoarding and black-marketing of agricultural produce.

The Punjab move comes days after the Congress leadership's suggestion to states where the party is in power to pass laws of their own, negating the central legislation.

The state bills, however, need the assent of the Governor before they become laws. The Governor could withhold assent and refer them to the President.

The laws enacted at the Centre are meant to deregulate the sale of crops and open up new markets for farmers.

But they have triggered farmers' protests, particularly in Punjab and Haryana.

The opposition and farmer unions claim that the new laws will lead to the dismantling of the MSP system, a suggestion repeatedly denied by the BJP-led government at the Centre.

Punjab's counter bills add new clauses and amend provisions in the three central laws, with the state government arguing that this will “shield” its farmers from their impact.

In addition, Punjab Finance Minister Manpreet Badal moved the Code of Civil Procedure (Punjab Amendment) Bill, 2020, aimed at protecting farmers from attachment of land, as a consequence of an agreement or otherwise.

Moving the resolution and three of the four bills, the CM claimed that if the central laws are not repealed, it would lead to anger among the youth. He warned against the possibility of disruption of peace in the state, recalling the militancy in the 1980s and 1990s.

The resolution adopted by the House sought the annulment of the three farm laws and also rejected the Centre's proposed Electricity (Amendment) Bill, 2020.

It sought the promulgation of a fresh central ordinance making the procurement of foodgrain at MSP a statutory right for farmers and ensuring that Food Corporation of India and other agencies continue to buy from them.

The resolution expressed the state assembly's "deep regret" over the Centre's "callous and inconsiderate attitude” on the concerns of the farming community.

"These three legislations along with the proposed Electricity (Amendment) Bill, 2020 are clearly against the interests of farmers and landless workers, and the time-tested agriculture marketing system established not only in Punjab but also in the original green revolution areas of Punjab, Haryana, and western UP," it added.

The resolution also argued that the new laws are against the Constitution as agriculture is a state subject.

"These legislations are a direct attack, and use of subterfuge to encroach upon the functions and the powers of the sates, as enshrined in the country's Constitution," it said.

SAD MLA Bikram Singh Majithia welcomed the move but urged the state government to guarantee the MSP to farmers till the bills get the Governor's assent.

Amarinder Singh said if the constitutional authorities do not give their assent, the state has the option of legal recourse.

He drew a parallel with the annulment of river waters agreements with neighbouring states by his government in 2004. But the Supreme Court had termed that Punjab move unconstitutional.

The provision for punishment for sale or purchase below the MSP has been incorporated in The Farmers' (Empowerment and Protection) Agreement on Price Assurance and Farm Services (Special Provisions and Punjab Amendment) Bill, 2020, passed by the state assembly.

The Farmers' Produce Trade and Commerce (Promotion and Facilitation) (Special Provisions and Punjab Amendment) Bill, 2020 too seeks to amend sections in the central law to ensure that wheat or paddy is not bought for less than the MSP.

The Punjab bills seek to maintain status quo as on June 4 on the provisions of the Punjab Agricultural Produce Markets Act, 1961. 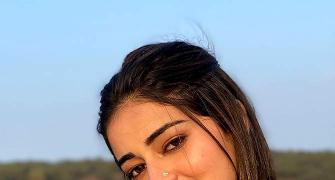 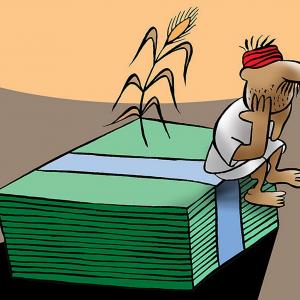 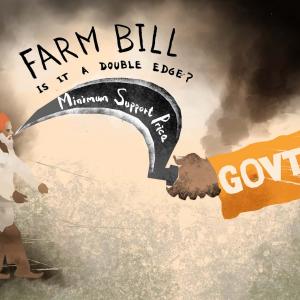