Abdul Sammad, who was arrested by the Maharashtra Anti-Terrorism Squad from Mangalore in connection with an arms case and the Pune blast case, was finally released from a Mumbai jail on Sunday.

Sammad, who was granted conditional bail by the sessions court almost three weeks ago, had continued to languish in jail as he could not find a guarantor.

According to his uncle Muhammad Siddibapa, Sammad will have to appear in court once more and he will return to his home in Bhatkal in Karnataka after that.

Although the ATS believes that Sammad was involved in planning the Pune blast, his family claims that he has never visited the city. They have also shown photographs of Sammad attending a wedding purportedly at the time of the blast.

Sammad's counsel had argued before the court that he was innocent and he was being framed in the case. The court, while granting bail to Sammad, had asked him to furnish two guarantors. But his family members found it extremely difficult to find two guarantors, especially one from Mumbai, as stipulated by the court.

On Sunday, Sammad's family provided the name of two guarantors to the police, and he was finally released.

The residents of Bhatkal, who were furious over Sammad's arrest, are planning a celebration to welcome him back home. 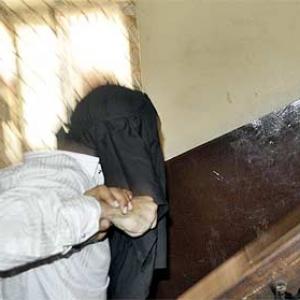 Is Sammad a bait to catch Pune blast mastermind?

14 days after getting bail, Pune blast suspect still in jail