News
Business
Movies
Sports
Cricket
Get Ahead
Money Tips
Shopping
Sign in  |  Create a Rediffmail account
Rediff.com  » News » 'Protection of civilians must be uniform during conflict'

'Protection of civilians must be uniform during conflict'

India has demanded that the principle of "protection of civilians" must be applied in a uniform manner to all parties to a conflict, pointing out that the UNSC failure to enforce accountability of armed groups has served to exacerbate the situation in several instances.

Addressing an UN Security Council debate on 'Protection of Civilians in Armed Conflict', India's Permanent Representative to the United Nations Hardeep Singh Puri said the UNSC's responsibility for protecting civilians does not end with a military or police response.

This requires a more integrated and holistic view. In this process, multiple stakeholders should be involved, not just the military," Puri said.

He said an engagement between the warring factions in a conflict situation in a nationally-owned and inclusive political process is of paramount importance.

Such an inclusive approach to national reconciliation, anchored in state sovereignty, is the only way to move forward and ensure the protection of civilians in an effective, pragmatic and enduring manner, Puri said.

He noted that it has been India's consistent view that the protection of its population is the foremost responsibility of every state.

"The Right to Life is the foundation of any social order and is one of the fundamental rights enshrined in the constitutions of a vast number of UN member-states, including my own, from which no derogation is permissible even in times of emergency," he added.

Puri outlined several issues that the UNSC needs to consider in the context of the role it has assumed for the protection of civilians in armed conflict.

"The principle of protection of civilians must be applied in a uniform manner to all parties to a conflict. Failure of the Council to enforce accountability of armed groups has served to exacerbate the situation in several instances and must be addressed," he said, without elaborating.

The protection of civilians, when applied as a basis for Security Council action, must respect the fundamental aspects of the UN Charter, including sovereignty and integrity of member states, he said, adding that any decision to intervene that is associated with political motives distracts from the noble principles and needs to be avoided.

Further, in the implementation of the Council's mandate for protecting civilians, there is the need to ensure the responsibility while protecting, Puri said.

"The recent actions of some organisations and member-states have brought to the fore a considerable sense of unease about the manner in which the humanitarian imperative of protecting civilians has been interpreted for actual action on the ground.

"Monitoring of the manner in which the Council's mandates are implemented has, therefore, assumed great significance and importance," he said.

Puri also stressed that to fulfill the responsibility to protect populations, national capacities need to be strengthened, where needed, without political or extraneous motives.

This calls for enhancing support for socio-economic development and promoting inclusive political institutions.

This also calls for patient work rather than media-driven deliberations and actions, he said.

The Council must also respect the international legal institutions, and not make use of them for political purposes like regime change, he said.
Yoshita Singh in United Nations
Source: PTI© Copyright 2023 PTI. All rights reserved. Republication or redistribution of PTI content, including by framing or similar means, is expressly prohibited without the prior written consent.
Related News: UNSC, Security Council, Hardeep Singh Puri, India, United Nations
Print this article 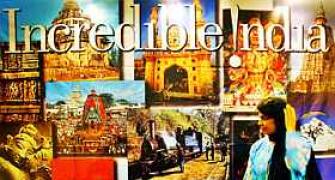 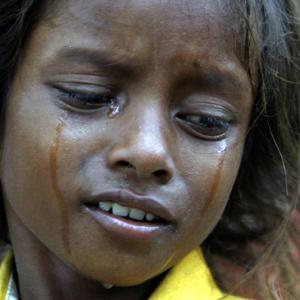