Police-villagers clash over 'desecration' of Quran

Several persons including a deputy inspector general of police were injured in a violent clash between the police and local Muslims in a village in Moradabad district near Lucknow on Wednesday.

According to reports reaching the state headquarter, the clash, which escalated into an exchange of fire in Arahlatnagar Bagah village, followed alleged desecration of the Holy Quran by a team of cops during the course of investigation in a case of eve-teasing.

While a few persons were stated to be injured in the free-for-all that lasted nearly an hour, no death has been reported so far. According to the police, a raiding party, looking for a key accused in a case of eve-teasing, was attacked by a local resident whose son was allegedly involved in indecent behavior with some girls of the locality.

"When the police retaliated, the family members of the accused went around spreading a canard that some cop had snatched the Holy Quran from the hands of a young girl in the house and flung it away. As this information spread like wild fire, people took to the streets attacking the cops and burning down government property," the police said.

The police have flatly denied the accusations, saying that had nothing to do with the desecration of the holy book. "Evidently, that was an alibi to save the eve-teaser", said a senior police official.

By the time additional force was rushed to the village violent mobs had burnt down a police jeep. "The situation is now under control after a contingent of the armed police has been stationed in and around the village", police said. 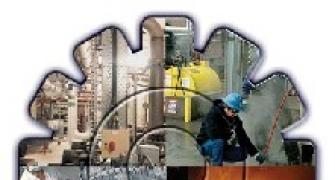 UP gets cyber savvy