News
Business
Movies
Sports
Cricket
Get Ahead
Money Tips
Shopping
Sign in  |  Create a Rediffmail account
Rediff.com  » News » 'We are not afraid': Thousands at vigil for victims of London attack

'We are not afraid': Thousands at vigil for victims of London attack

A day after Londoners were confronted with a 'sick and depraved' attack, crowds gathered in the heart of the city to pay tribute to the victims.

Candles flickered on downturned faces as people paid tribute to those who had been killed and injured. The words “solidarity” and “unity” could be heard being exchanged in conversation after conversation.

Speaking at the vigil, London Mayor Sadiq Khan said, ""We come together as Londoners tonight to remember those who have lost their lives and all those affected by the horrific attack yesterday. But also to send a clear message, Londoners will never be cowed by terrorism.

"Those evil and twisted individuals who try to destroy our shared way of life will never succeed and we condemn them." 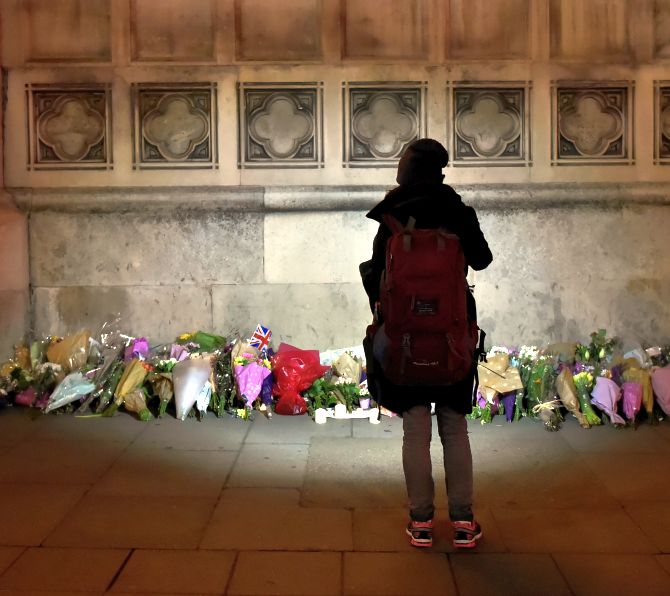 A girl stands in front of flowers placed at the spot where the attack took place, which claimed the lives of 5, including that of the attacker. Photograph: Hannah McKay/Reuters 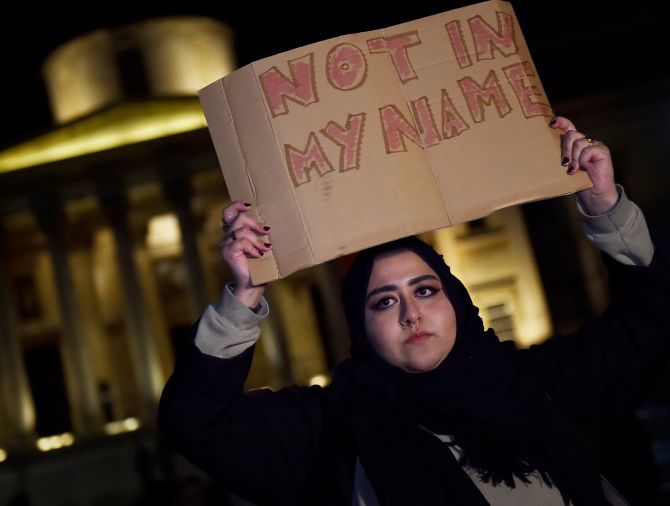 A woman holds a placard at a vigil in Trafalgar Square. The message is clear: We are united together to make London stronger. Photograph: Photograph: Hannah McKay/Reuters 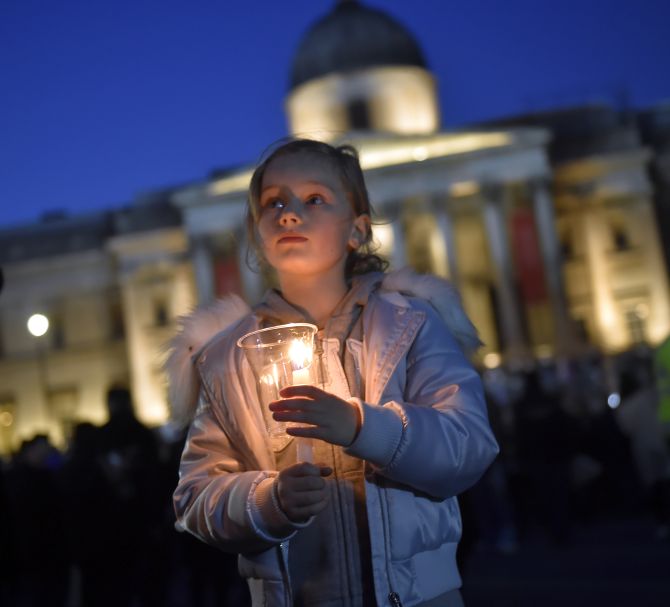 Defiant Londoners returned to life to show people that they would not be stopped and that the terrorists wouldn't be able to stop them. Photograph: Hannah McKay/Reuters 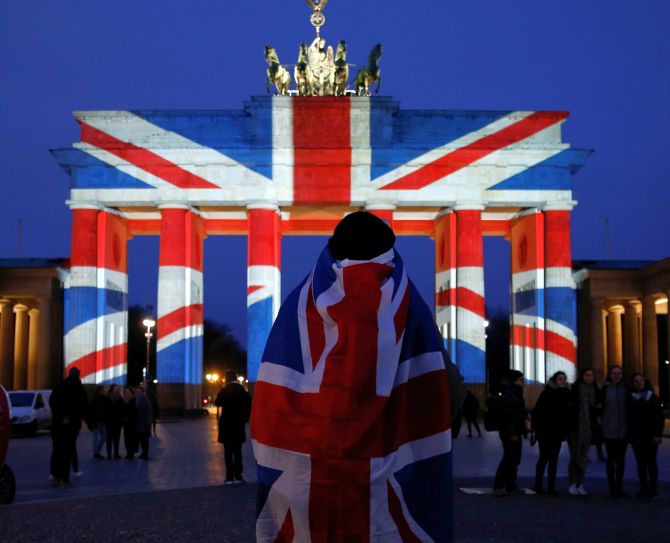 The Brandenburg Gate is illuminated with the colours of the British flag to show solidarity with the victims of the recent attack in London, in Berlin. Photograph: Fabrizio Bensch/Reuters 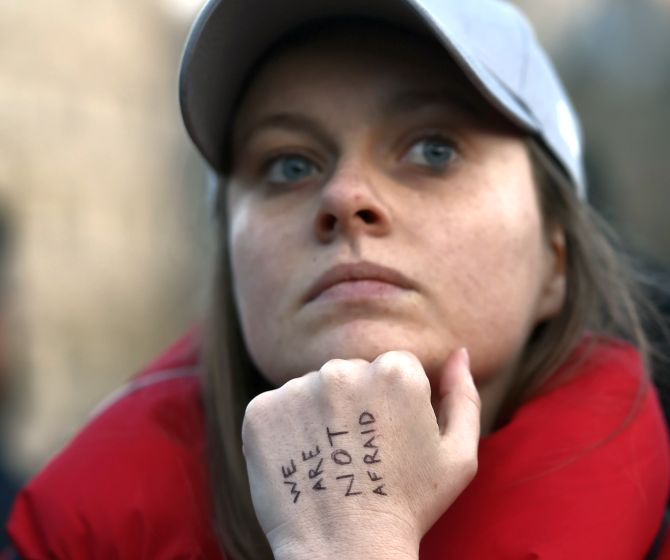 Thousands of people of all faiths and none turned up to pay their respects in London's iconic Trafalgar Square. Photograph: Hannah McKay/Reuters 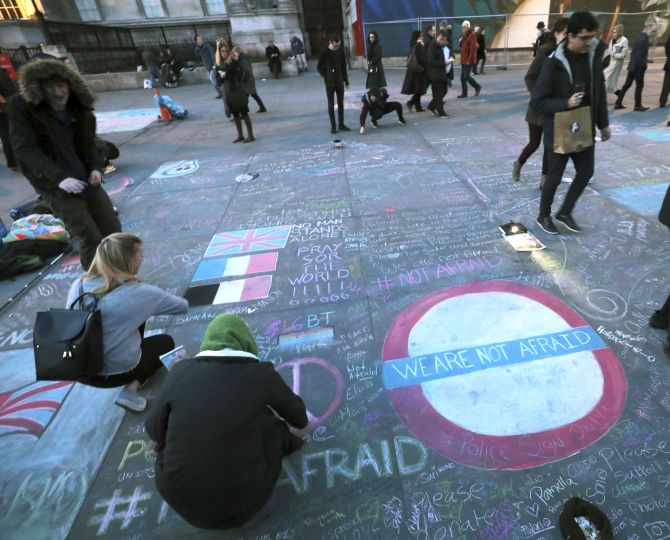 People write messages of support on the ground during a candlelit vigil at Trafalgar Square. Photograph: Jack Taylor/Getty Images 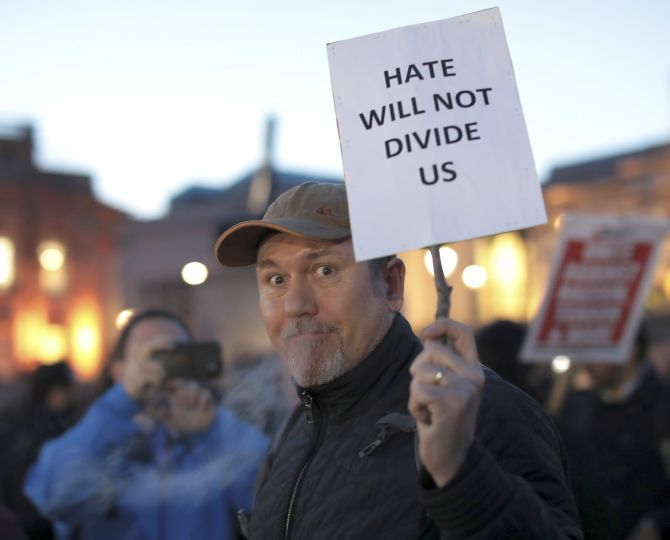 The steps of the square were packed with tourists and locals alike as people came together to remember the victims. Photograph: Jack Taylor/Getty Images 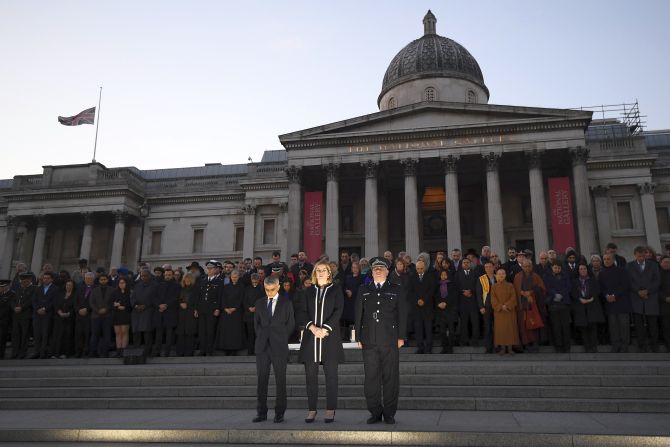 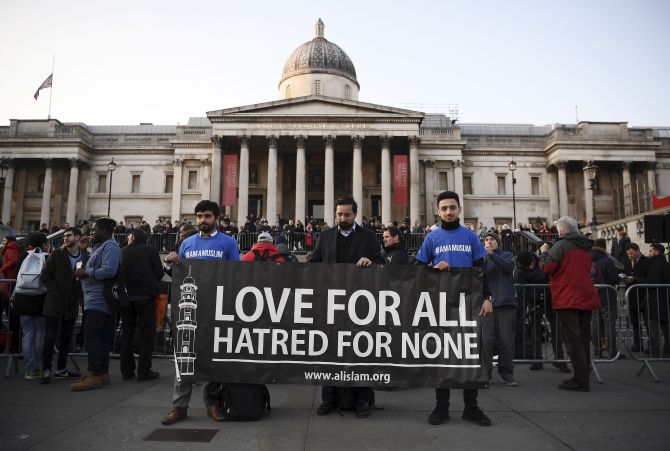 Addressing MPs in the House of Commons, British Prime Minister Theresa May said: "We are not afraid and our resolve will never waiver in the face of terrorism." Photograph: Carl Court/Getty Images 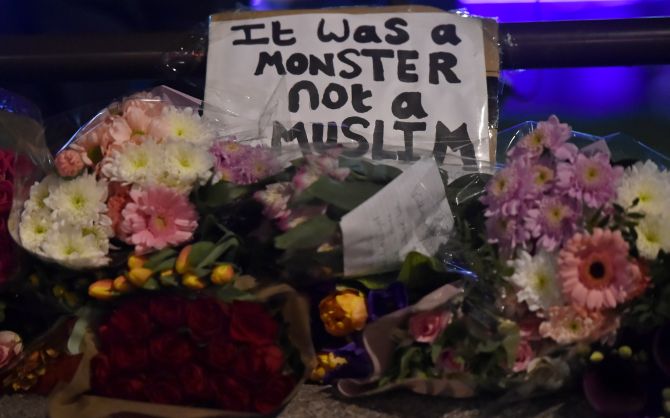 'It was a monster not a Muslim' read a placard placed at a floral tribute during the vigil. Photograph: Hannah McKay/Reuters
AGENCIES
Related News: Hannah, Reuters, Londoners, London
SHARE THIS STORY
Print this article 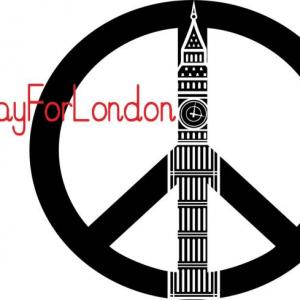 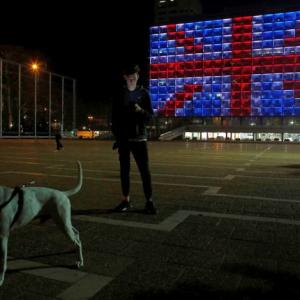