Stepping up attack on author Shobhaa De, Shiv Sena on Thursday staged a protest outside her residence in Mumbai, alleging that she has insulted Maharashtrian culture by opposing the government’s decision on mandatory screening of Marathi films, and said she should not stay in the state. 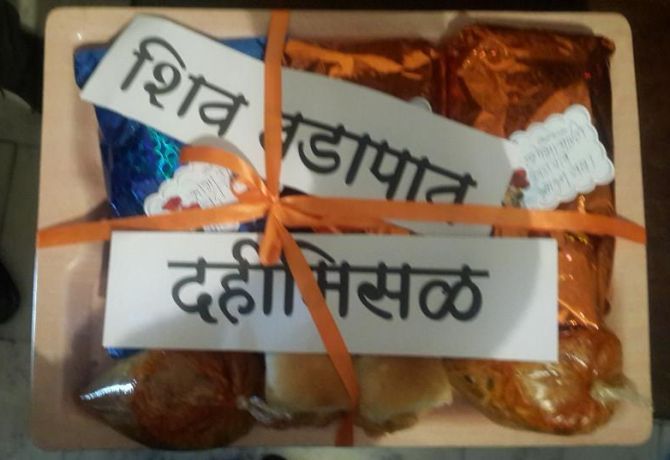 The tray of dahi misal and vada pav that Sena sent to Shobhaa De. Photograph: @deshobhaa/Twitter

As her comments against screening of Marathi films on prime time stoked a controversy, an unfazed De reacted to the protest saying that she has total faith in Mumbai police about her personal security and is not worried at all.

The protesters gathered at De’s Cuffe Parade residence. They brought with them a tray of vada pav and dahi misal as De’s mocking tweet had said that Marathi delicacies will now be available in theatres instead of popcorn.

“This is an insult of Marathi culture and we will give her a taste of vada paav and dahi misal by evening. When you are so irked with Marathi cinema and culture, then why are you living here,” he said.

“Shobhaa De’s remarks are an insult to Maharashtra, Marathi language and culture. You are staying in Maharashtra, calling yourself a Maharashtrian and then speaking against Marathi films. I feel such people have no right to call themselves Maharashtrian... Why are you staying here? You can go and start your Page-3 culture wherever you want,” he said.

De, however, remained firm on her statement and said she was not worried by such remarks. “I am not at worried. I am very confident. And whatever is said... we will see,” she said, adding she had got support from all quarters.

“I am completely overwhelmed by the support not just on the social media but everywhere,” she said.

Sena ally Bharatiya Janata Party, meanwhile, appeared to distance itself from the issue saying it was government’s obligation to protect Marathi culture and De’s “right to protest”. It also tried to play down Sena’s protest against her.

“She has been given the protection she deserves. I think it was the right of the government, in fact obligation, of the government to protect Marathi culture and it was also her right to protest. The protest from the political party concerned is not physically intimidating,” BJP spokesperson GVL Narasinha Rao said. 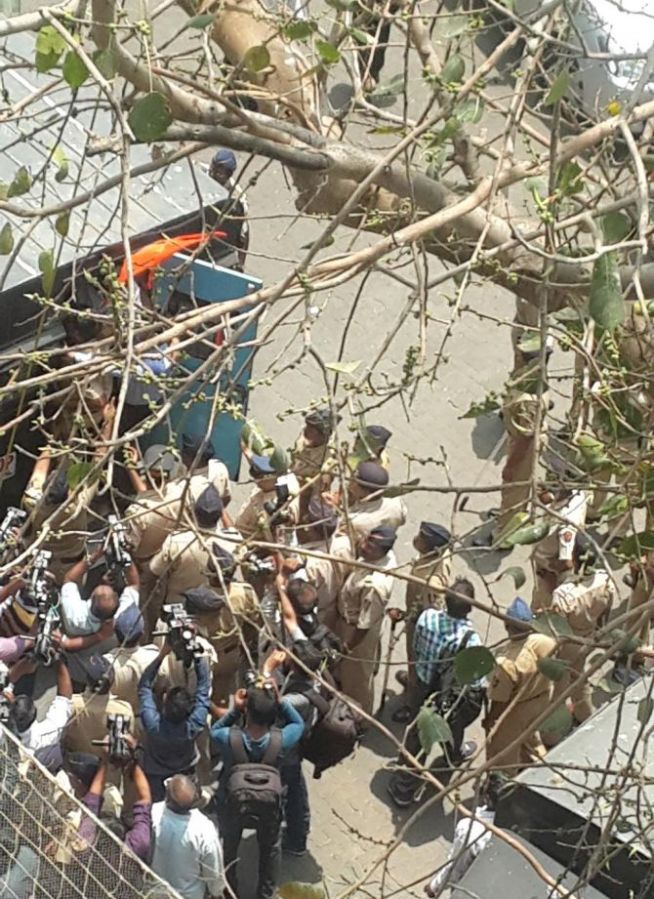 The Congress said the whole episode was outrageous and showed that the government “is probably not interested in governance”.

Congress spokesperson Sanjay Jha tweeted: “The protests against @DeShobhaa by the Shiv Sena heralds the launch of election campaigning for the BMC elections. Ridiculous!”

Sena had on Wednesday sought to move a breach of privilege motion against the well-known novelist, taking objection to her tweet on Maharashtra government’s decision.

The Sena mouthpiece Saamna on Thursday carried out a stinging editorial against De on the issue.

“You have done great service to the Marathi land in which you were born. It is unfortunate for Maharashtra that such comments came from a Marathi woman,” it said while mocking De.

As the protesters gathered , De tweeted, “Police barricades are up! I am feeling perfectly calm and safe! Thank you… Mumbai Police.”

Coming to the defence of De, writer Chetan Bhagat hit out at ruling Shiv Sena, saying it should work to save farmers instead of attacking authors.

“Shiv Sena bullying @DeShobhaa for her opinions, to position themselves as Marathi saviours, is not cool. Save farmers, don’t attack authors,” he said in his first tweet.

“Real community pride comes from real achievement and real progress. Not divisive politics, bullying the powerless and being touchy,” his another tweet said. P

Republican Prty of India (A) workers have also decided to hold a protest at De’sesidence and will present her with Marathi dishes such as vada paav, misal, kanda-poha, kothimbir vadi etc.

The tweet controversy had erupted after the Maharashtra government asked all multiplexes to screen Marathi movies on prime time. 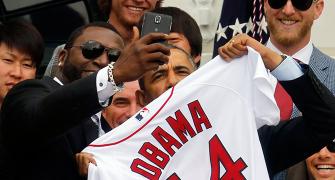 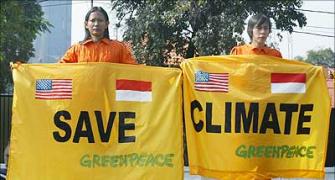 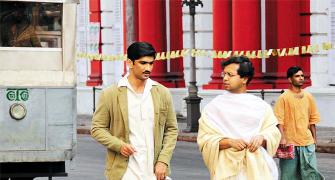 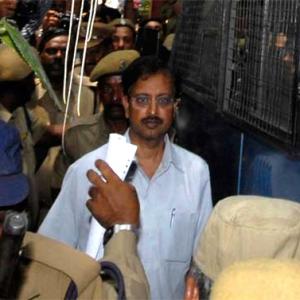 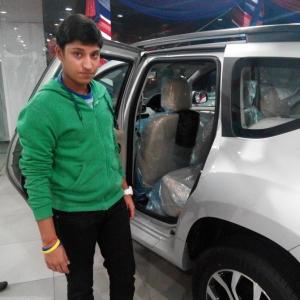