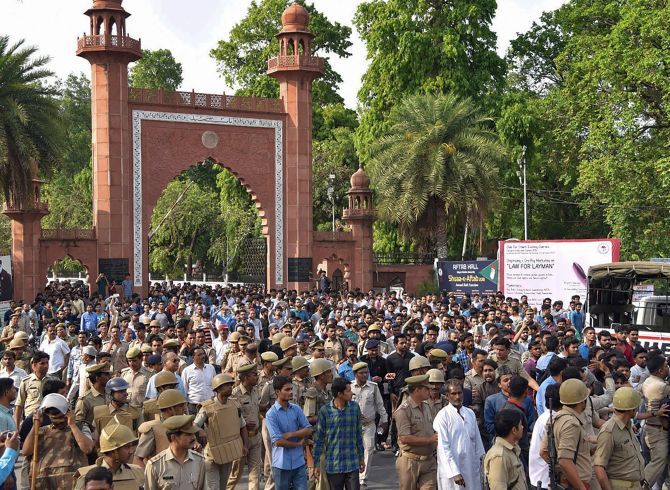 IMAGE: Police control the situation after a clash between two groups at Aligarh Muslim University on Wednesday. Photograph: PTI Photo

Violence broke out at the Aligarh Muslim University campus on Wednesday as the row over Muhammad Ali Jinnah's portrait on the campus triggered a right-wing protest and sparring between Bharatiya Janata Party leaders.

At least six people were injured when the police lobbed teargas shells to disperse AMU students, demanding the arrest of protesters who had earlier barged into the campus shouting slogans.

Hospital sources said about 20 students were treated with injuries, though a university official gave the lower mumber.

A function to grant life membership of the student union to former vice president Hamid Ansari, scheduled for Wednesday, was called off and he returned to Delhi.

The AMU students alleged that the protesters were from Hindu Yuva Vahini, and were allowed to leave a police station even after being initially detained.

Earlier, a BJP MP demanded the expulsion of Uttar Pradesh Labour Minister Swami Prasad Maurya from the party for praising Jinnah, which the minister denied he ever did.

Media reports had said that the minister called Jinnah a mahapurush (a great personality) from the time of undivided India.

Maurya reportedly praised him when asked to comment on the row sparked by another BJP MP Satish Gautam, who had objected to Jinnah's portrait being displayed at AMU.

The minister told reporters today that he had not made any statement even as Harnath Singh Yadav, a Rajya Sabha member from his own party, targeted him.

"Government minister Swami Prasad Maurya who had called Muhammad Ali Jinnah -- a heinous criminal who trifurcated the country -- a great personality should retract his statement, apologise or be immediately removed from the party,” Yadav tweeted in Hindi. "When there is no picture of Mahatma Gandhi in any of the universities of Pakistan then why should there be Jinnah's portrait here," Rajbhar, who is a minister in Yogi Adityanath's government, said in Ballia.

But when asked by reporters to clarify his remarks on Jinnah, Maurya said in Unnao that the media was wrong.

"Koi bayaan nahi hai, yeh bayaan aap log baat ka batangar bana ke badhaate hai (There was no statement. You are making a mountain of a molehill)," he said.

The Rajya Sabha MP from UP said in another tweet, “The photograph of Jinnah who trifurcated India can be put up at AMU but Bharat Mata ki Jai, Vande Mataram cannot be said.”

The violence erupted hours after Union minister Mukhtar Abbas Naqvi expressed hope that the portrait issue would be resolved with a “sensitive approach”.

“The AMU administration and the students there are patriotic and there is no question of raising questions over their patriotism,” the Minority Affairs Minister said.

AMU proctor Mohsin Khan said that a small group of Vahini activists arrived around 2 pm at the University Circle, a short distance from the vice chancellor's office. The security staff managed to overpower the slogan-shouting group and took the protesters to Civil Lines police station and handed them over to the police.

But later, a large group arrived at the police station and managed to take away their supporters, according to the AMU.

This group then marched towards the Bab-e-Syed gate and the few policemen there failed to prevent them from entering the campus.

City Superintendent of Police Atul Srivastava said security around the campus has been tightened.

AMU spokesman Shafey Kidwai had defended the portrait, apparently hanging at AMU for decades, saying that Jinnah was a founder member of the University Court and granted life membership of the student union.

"Traditionally, photographs of all life members are placed on the walls of the student union," he said.

Student union president Mashqoor Ahmad Usmani said they strongly opposed the two-nation theory and the creation of Pakistan, which was a result of the movement led by Jinnah.

“There is no question of being inspired by such a separatist ideology.” He told PTI.

“But we also feel that his photograph is a part of the legacy of undivided India's freedom movement in which AMU played a stellar role,” he added. 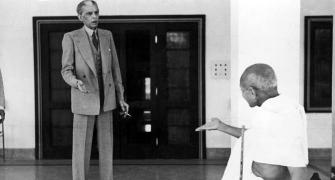 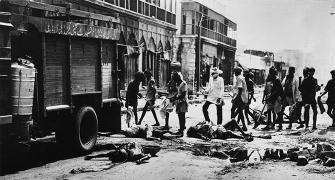 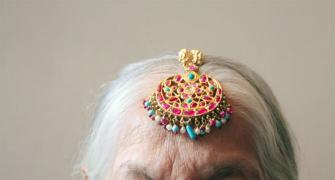 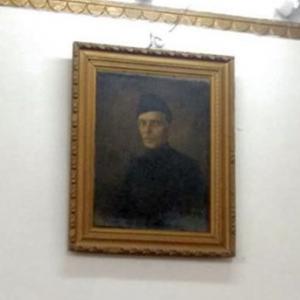