Prime Minister Narendra Modi on Thursday attended the silver jubilee function of the Akshardham temple of the Bochasanwasi Shri Aksharpurushottam Swaminarayan Sanstha in Gandhinagar which has many followers in the Patidar community in Gujarat. 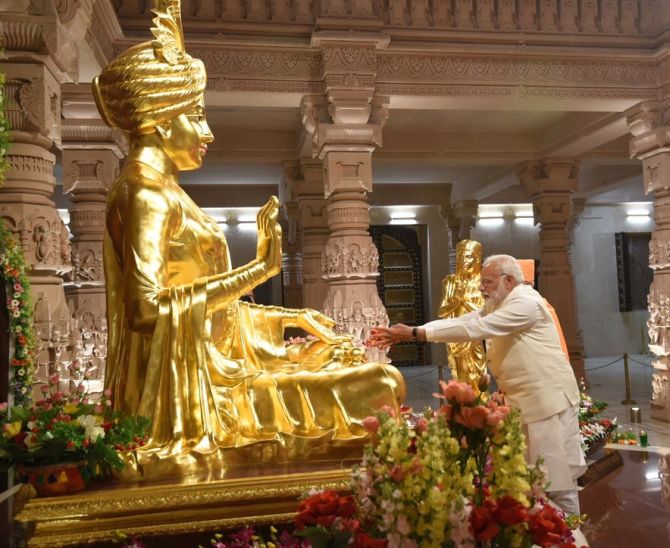 Modi did not speak much about politics but made a reference to the agitation by the Patels for quotas, while recalling his long association with the seers of the Swaminarayan sect, apparently seeking to strike a chord with the Patidar community.

The Congress is trying to wean away Patidar voters, who have been the bedrock of the BJP's support base in the state, apart from the upper castes and the Vaishya community, from the saffron party. Led by Hardik Patel, a sizeable section of the Patidars has been demanding reservation in government jobs and educational institutions under the OBC quota. 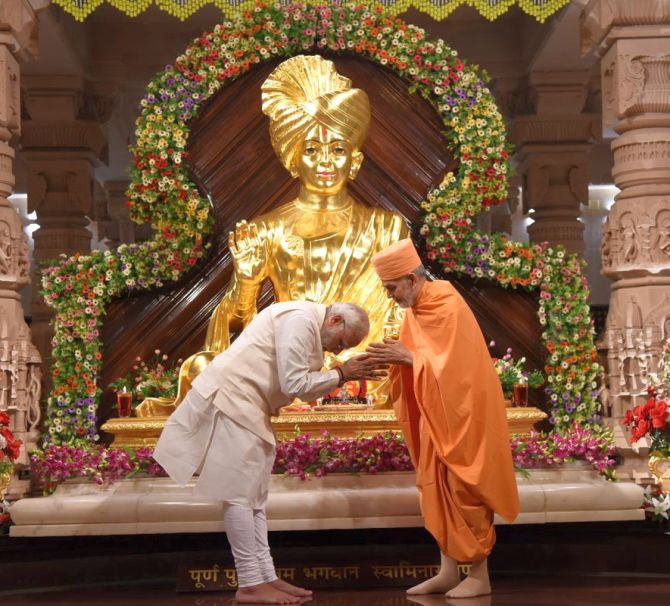 In his address, Modi praised late Pramukh Swami Maharaj for bringing in "modern management" in BAPS while keeping the Indian tradition followed by seers alive.

"Pramukh Swami Maharaj constructed around 1200 temples in his life time. They are not just brick-and-stone structures, but centres of cultural and spiritual enlightenment.

"He brought modern management to the sect and used to complete all the projects on time," the prime minister said.

In April this year, Modi had paid an emotional tribute to Pramukh Swami who died at the sect's temple in Sarangpur in Botad district.

"When I was the chief minister of Gujarat, I had invited saints of the sect to give lectures to our bureaucrats on how to complete projects in time. The governments are known to delay projects and Narmada dam is a glaring example," Modi said.

He was referring to the Sardar Sarovar Project on river Narmada, the foundation stone for which was laid in 1961 by then prime minister Jawaharlal Nehru, but was competed this year. 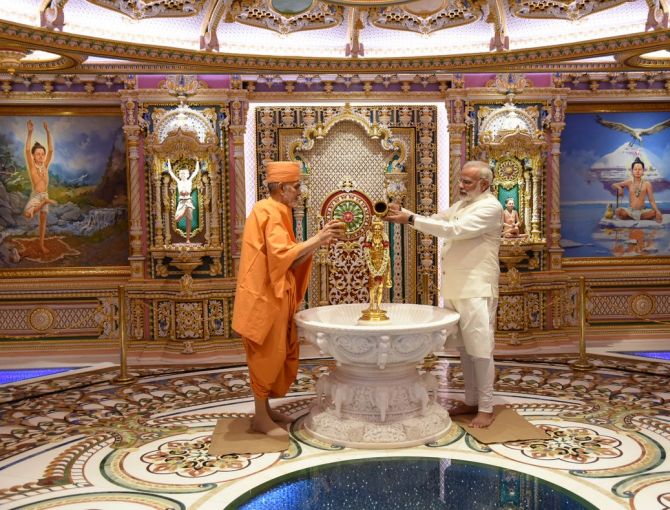 Hailing Pramukh Swami Maharaj for his "out-of-the-box" thinking, Modi said the seer had built a 3D theatre at the Akshardham temple in Delhi, and also a stadium at the sect's shrine in the UK. "A saint can think of such things and implement them is a good sign," he said.

"This sect has around 1100 saints which should be the highest in number for any sect after the Ramkrishna Mission," Modi said, adding that in this materialistic age, it is very difficult to attract youth to give up worldly things.

The prime minister also recalled his personal encounter with the Swami.

"When I was chief minister, Maharaj called me one day and asked for audio recordings of my public speeches. I sent them to him. After a few days he called me again, asking me to meet him. 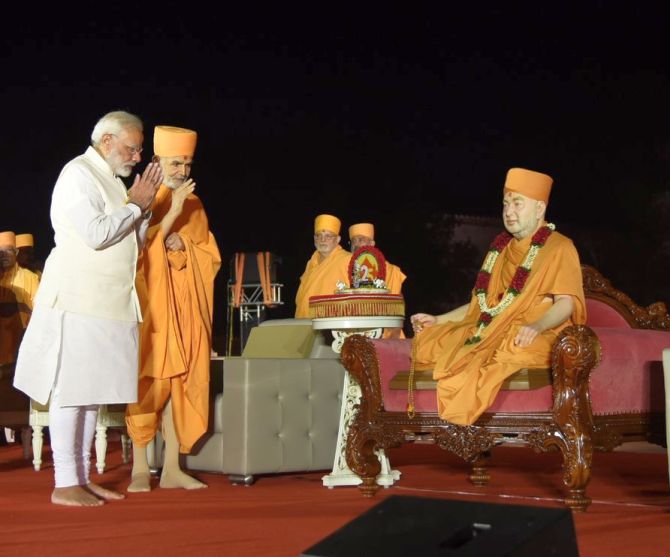 "When I met him he had prepared detailed notes after listening to each and every speech delivered by me and available in audio recordings. He then instructed me what not to speak and what to speak. He directly told me that you cannot speak certain things in your speech. This shows that he used to take interest in my progress," Modi reminisced.

Modi also remembered the Swami called him six times to find out if he was safe after he had gone to Srinagar to unfurl the national flag during the Ekta Yatra led by BJP leader Murli Manohar Joshi in 1992.

The sect also has a large following among the backward classes in the poll-bound state.

Thousands of devotees were present during the grand celebrations marking the silver jubilee of the temple.

The present head of BAPS sect Mahant Swami praised Modi, calling him a hardworking prime minister, and hoped that the work he had started for the country would get completed in time. 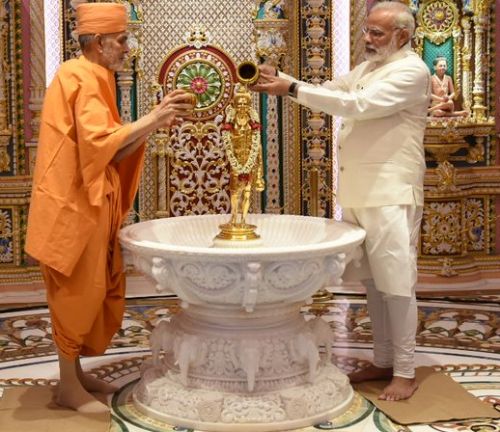 To campaign for Gujarat polls, Parliament's winter session likely to be short