Amidst guns, Kashmir records a 49 per cent turnout in 4th phase

The fourth phase of polling in Jammu and Kashmir ended peacefully on Sunday recording a turnout of 49 per cent, the lowest compared to the earlier three phases. Women stand in long queues to cast their vote during the fourth phase of the assembly elections. Photograph: Umar Ganie/Rediff.com 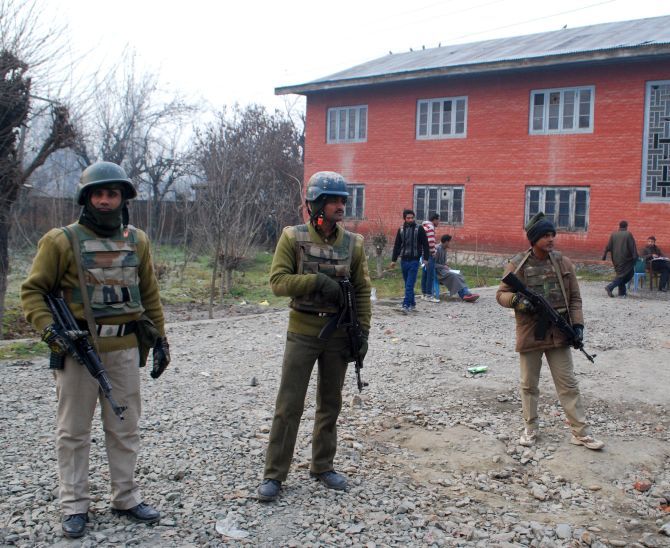 In the fourth phase, 18 constituencies spread over four districts of Srinagar, south Kashmir, Anantnag, Shopian and Samba went to polls for which as many as 1,890 polling stations were set up. People show their voter ID cards as they queue up to cast their votes in the fourthphase of assembly elections. Photograph: PTI photo

The separatist boycott call had a visible effect in almost all the constituencies of Srinagar district.

In downtown Srinagar, not many voters came out to cast their vote at polling stations.

At polling station number 46 at Ganderpora Eidgah, only nine out of 686 voters exercised their franchise. Kashmiris stand in a long queue as they wait to cast their vote at in a polling station in the 4th phase of state assembly election in Jammu and Kashmir. Photograph: PTI photo

Though authorities had made elaborate security arrangements, yet majority of the voters stayed indoors in most parts of downtown.

The uptown areas, however, saw a relatively better turnout with voters including women queuing up outside the polling booths to cast their votes.

Authorities said polling ended peacefully in all the constituencies on Sunday evening. Omar cast his vote this morning at Burn HallSchool in Sonawar constituency from where he is contesting apart from Beerwah constituency in central Kashmir Budgam district which went to polls in the last phase. 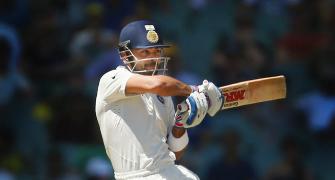 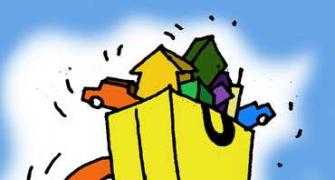 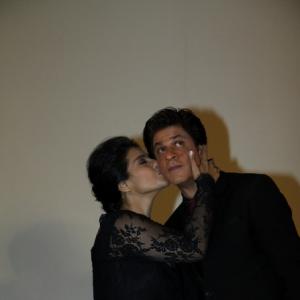