The Mumbai metropolis on Saturday received heavy rainfall following the onset of the southwest monsoon, leading to delay in the running of suburban trains, severe waterlogging on the roads. 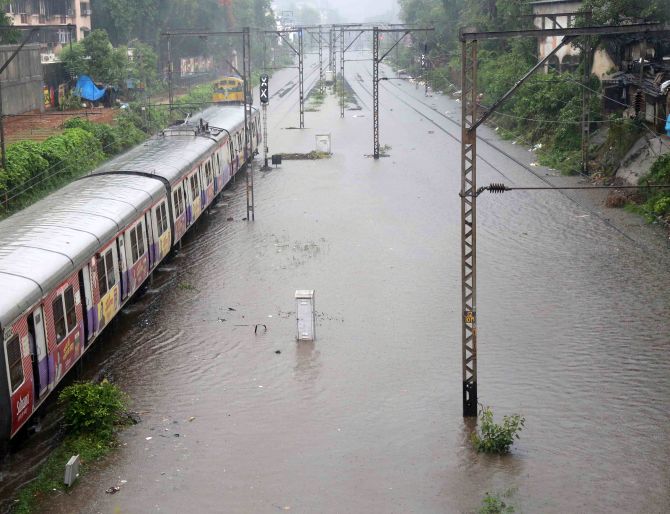 IMAGE: A view of  submerged railway tracks between Sion and Matunga stations after heavy rains in Mumbai. Photograph: Sahil Salvi

Waterlogging was reported in several parts of city particularly in Mahim, Worli and Hindmata.

The IMD declared the onset of the monsoon over Mumbai, the adjoining Thane-Konkan areas, Ahmednagar, Parbhani and other parts of Maharashtra.

Meanwhile, trains in the suburban section of the Central Railway were running late by 10 to 12 minutes due to the downpour, but there was no cancellation of trains, an official said.

"A wall fell on the tracks of down slow line this morning. The debris was removed immediately and for some time, trains on the down slow line were diverted to the fast line," Sunil Udasi, chief PRO of Central Railway said, adding this happened during non-peak hours in early morning. 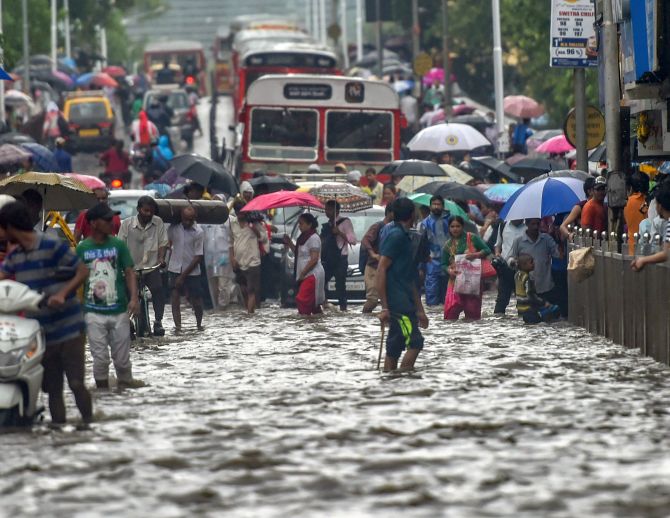 An official said Central Railway suburban services were delayed because of waterlogging on tracks between Matunga and Sion.

According to an airport official, two flights had to be diverted due to bad weather.

A statement from Jet Airways said, "Due to air traffic congestion, consequent to adverse weather conditions, we are expecting delays of up to 40 minutes on departures and 20 minutes on arrivals at Mumbai airport until 3 pm.

In central Mumbai's Prabhadevi, four people were injured when the slab of a building situated on Veer Savarkar Marg collapsed this morning, a civic official said. 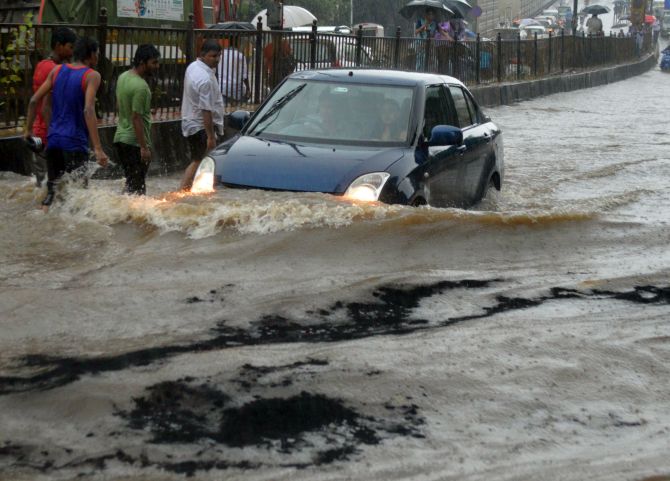 IMAGE: A car braves the waters on a flooded road at Hindamata in Mumbai's Parel area. Photograph: Sahil Salvi

He said the civic administration had undertaken road repair works at 120 places, adding that there was no water-logging on Andheri-Kurla Road, Santacruz, Oberoi Mall and Lokhandwala Circle in the suburban part of the city.

More than 3,000 civic employees were out on the streets monitoring the situation, Kshirsagar said. 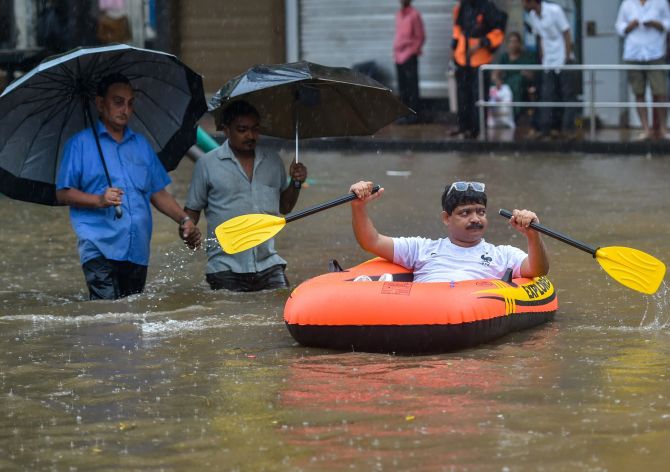 In its forecast, the IMD has forecast thundershowers accompanied with gusty winds at many places and heavy rainfall at isolated places, till Sunday.

At least two persons were killed in rain-related incidents in nearby Thane district, officials said.

Fisherman Steni Admani (66) was struck by lightning, and died on the spot, when he was examining his fishing net at around 6am, said Shivaji Patil, chief of the District Disaster Control Cell. 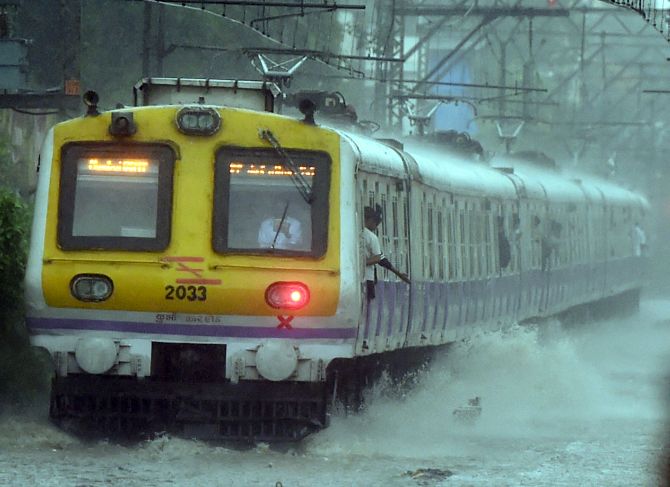 Six others, who were out in the open at the time, were also injured due to the lightning and have been admitted to a local hospital, he added.

The incident took place at Patanbunder area of Uttan in Bhayander in the district, he informed.

In another incident, a woman who was riding pillion on a two-wheeler died after the vehicle rammed into a truck on GB Road and an official said that heavy rains probably caused the accident. 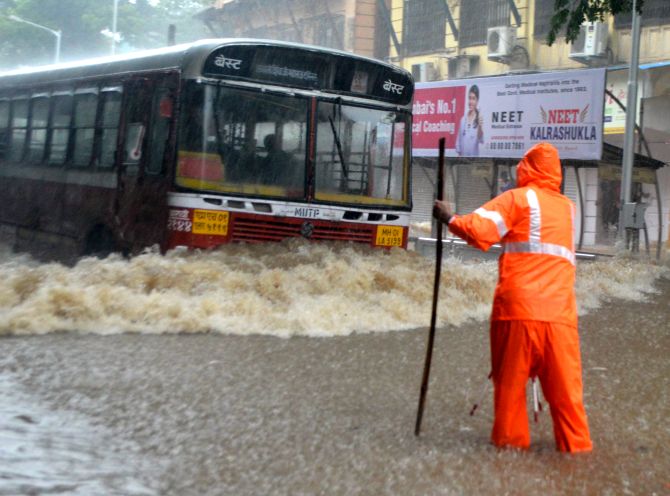 The woman has not been identified yet and the man riding the two-wheeler was severely injured and has been admitted to the city civil hospital, the official added.

Incidents of trees falling at several places and water-logging on some roads were also reported across the district, the official added. 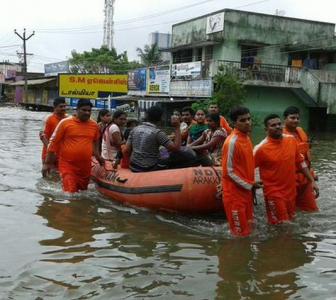 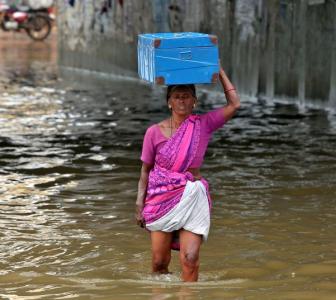