The 72-day ceasefire call given by the Maoists has received mixed response from the common public in West Bengal and Jharkhand.

Tapan Ghosh, a resident of West Medinapor said that the 72-day call for ceasefire is too long and the rebels and the government must come to the table for talks at the earliest.

"The Maoist must surrender their arms, abjure violence and come to the discussion table for talks. The 72-day ceasefire is too long and within those days anything can happen and incidents like the one in Shilda might take place," opined Tapan Ghosh.

Expressing similar views, Ram Singh Manshi, a teacher at a school in Ranchi wondered whether the Maoists would keep up their words.

"They (Maoists) will not agree. They say something else and do something else. When they say that they will release somebody (hostages abducted by them) they usually do not; that is impossible. Many a times they abduct someone and then murder them," said Ram Singh Manshi.

Meghna Ruby Kashyap, the block development officer of Karra (Khunti) in Jharkhand, said that fear prevails among the government officials after the rebels abducted one of their colleagues.

However, Kashyap expressed hope that a positive result would come out of the talks between rebels and the central government.

Meanwhile, the Union home ministry has ruled out any space for mediators between Centre and Maoists and said that it expects them (Maoists) to come on their own for talks.

Home ministry sources said that talks are a long-term process. In a later stage, Maoists can suggest any individual or organisation as their representative to carry out talks with the government, they said.

But at this stage the Centre expects Maoists to come on their own, sources added.

The ministry also described the 72-day long ceasefire as a ploy of the Maoists to regroup.

Earlier in the day, Home Minister P Chidambaram asked Maoists to abjure violence completely and make a statement committing themselves to unconditional talks.

In a statement, he said: "I would like a short, simple statement from the Communist Party of India (Maoist) saying we will abjure violence and we are prepared for talks."

"I would like no ifs, no buts and no conditions.  I would like the statement to be faxed to 011-23093155. Once I receive the statement, I shall consult the prime minister and other colleagues and respond promptly," he added.
Source: ANI
Related News: Ram Singh Manshi, Tapan Ghosh, Meghna Ruby Kashyap, Communist Party of India, Mallojula Koteshwar Rao
SHARE THIS STORY
Print this article
'Violence only hurdle to hold talks with Naxals' 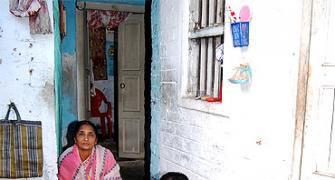