A fresh snow-slide and piercing blizzard on Saturday affected the search for 138 people, mostly soldiers, still buried under snow, a week after a massive avalanche slammed into a Pakistani army camp in the Siachen sector near the Indian border.

A military statement said a fresh snow-slide at the site of the avalanche "created difficulties" for troops conducting the search operation at Gyari, the location of the battalion headquarters that was buried under 80 feet of snow on April 7.

The search operation was continuing in "extremely cold conditions" and the situation had been "compounded by the mass of snow in which troops are working in low temperature, intermittent snowfall and piercing blizzards," the statement said.

The excavation work was continuing with all "available manual and mechanical resources" and troops had begun digging at a new site with heavy machinery.

"The rescue teams have conducted first level explosion to dig further into a hard mass of snow (for a) tunnel being attempted to access a suspected structure," the statement said.

The team involved in the tunnelling work was grappling with a heavy pileup of snow, extreme cold and cramped workspace, it said.

Photos released by the military today showed some foreign teams that had joined the search operation.

Specialist high altitude teams from the US, Germany and Switzerland are currently in Pakistan to help the army in its search.

The military had earlier said that rescue teams had focussed on six "priority points" and excavated over 100 feet at two points in their search for 127 soldiers of the Northern Light Infantry and 11 civilians who were buried by the avalanche.

A week after the avalanche, rescuers have found no trace of the buried men despite a frantic search.

The avalanche covered an area of one square kilometre and buried the men under about 80 feet of snow.

More than 450 rescuers have been working in sub-zero temperatures at the site though experts say there is no chance of finding survivors.

Indian and Pakistani troops have been engaged in standoff on the Siachen glacier since 1984.

The guns have largely been silent since late 2003, when the two countries put in place a ceasefire along the frontiers in Jammu and Kashmir, and more troops have died due to the adverse weather than combat.

Meanwhile, acting on its strategic ally Pakistan's request, the Chinese army has sent specialists and technical devices to the country to help in the search for 138 people, mostly soldiers, buried under snow after an avalanche hit a Pakistani army camp in the Siachen sector near the Indian border.

The Chinese People's Liberation Army has sent technical devices to Pakistani army after a request for help in searching those trapped by the avalanche, a defence ministry statement in Beijing said today. 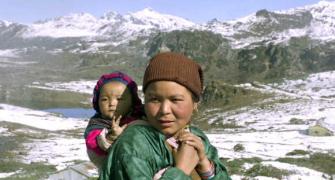 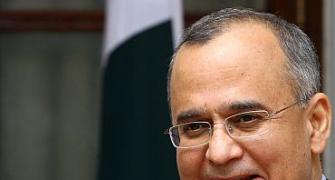 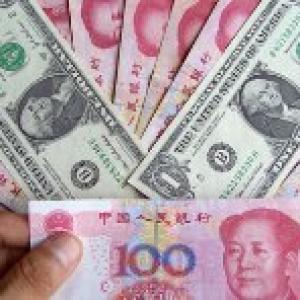