The Indian Navy has ruled out deploying indigenously built light combat aircraft Tejas on its aircraft carriers, saying it is "not being able to meet the requirements". Citing "overweight" as one of the reasons for ruling out Tejas for India's aircraft carriers, Admiral Sunil Lanba, Chief of Naval Staff, said the Navy is looking at procuring an alternative aircraft.

"As far as the carrier-based aircraft is concerned, we need it in a time line of the induction of the aircraft carrier. We have the MiG 29K, which operates from Vikramaditya and will operate from (indigenous aircraft carrier) IAC Vikrant.

"We were also hoping to operate the LCA (Light Combat Aircraft-Tejas) from these two aircraft carriers.

"Unfortunately, the LCA is not being able to meet the carrier's required capability. That is why we need an alternative aircraft to operate from these two aircraft carriers," Lanba said.

He said that at the moment the navy is in the process of identifying the aircraft that will meet its requirements.

"If you look around the world, there are not too many options available and we need this carrier capable aircraft sooner than later. So, I am looking at next five-six years," he said.

LCA-Tejas is an indigenously built fighter aircraft and has been inducted into the Indian Air Force.

The naval chief said that it is also looking at UAVs which can operate from ships and autonomous sub-surface vehicles for surveillance. 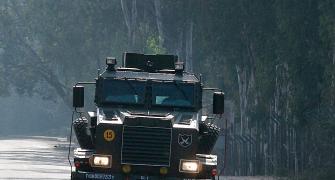 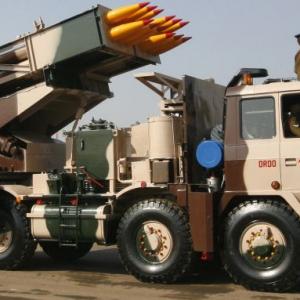