No threat to India from Japan tsunami

Source: PTI
March 11, 2011 17:49 IST
The government on Friday said there is no threat to the Indian coast in the wake of the huge tsunami that devastated parts of Japan following a massive quake that revived memories of the giant tidal waves that struck parts of the country in 2004.

In a statement, the Union Home Ministry said the Hyderabad-based Indian National Centre for Ocean Information Services has informed that the tsunami threat does not exist in respect of India. "The INCOIS is continuously monitoring the situation," it said.

In Hyderabad, National Disaster Management Authority, Vice-Chairman M Sashidhar Reddy told reporters, "In less than eight minutes, the INCOIS which has a tsunami early warning centre, issued a bulletin in which it has been clearly stated India does not have any threat."

"In fact, the entire Indian Ocean region does not have any Tsunami threat. So, as things stand there is no question of any threat to the Indian coast right now and this will continue to be so, " Reddy, a senior Congress member of Legislative Assembly, said. However, countries like Philippines, Taiwan and Indonesia issued Tsunami alerts.

More than 10,000 people were killed and several lakh others were rendered homeless in India when a tsunami triggered by the 2004 Indian Ocean earthquake hit the country's southern peninsular coast on 26 December 2004. 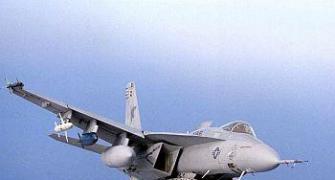