News
Business
Movies
Sports
Cricket
Get Ahead
Money Tips
Shopping
Sign in  |  Create a Rediffmail account
Rediff.com  » News » No evidence on India's involvement in Balochistan: US

No evidence on India's involvement in Balochistan: US

Secretary of State Hillary Clinton has said the US does not have any evidence of India's involvement in Balochistan amid Pakistan's allegation that New Delhi was fomenting trouble in the province.

"So from our perspective, we believe that anything like that, any charge that might be made like that, and Balochistan, as you know, is a very volatile region," she said during her interaction with Pakistani editors in Lahore on Thursday night.

Clinton said she has not seen any evidence from Pakistan about India's involvement in Balochistan.

"Not that I've seen. Others in my government may have. I have not seen it. I have not seen anything like that. So I can't agree with you because I personally don't have any information," she said, according to the transcript made available on Friday by the State Department in Washington.

Her comments assume significance in the wake of Pakistan alleging that India was fomenting trouble in Balochistan and that it had "evidence" to prove its claim.
Source: PTI© Copyright 2020 PTI. All rights reserved. Republication or redistribution of PTI content, including by framing or similar means, is expressly prohibited without the prior written consent.
Related News: Hillary Clinton, Balochistan, India, Pakistan, State Department
SHARE THIS STORY
Print this article
India unwitting party to demonising Baloch struggle
'Is the PM bartering Kashmir with Balochistan?' 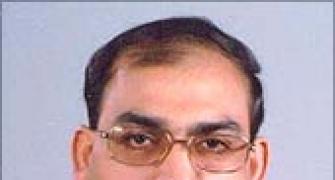 Pak gave no proof of India's role in Balochistan: US

India has nothing to do with Balochistan: Chidambaram