The Human Rights Watch and Amnesty International have stated that the new criminal law on violence against women should either be replaced or amended.

The new ordinance unfortunately ignores the committee’s key recommendations, especially on police accountability and framing sexual violence as a violation of women’s rights to bodily integrity.

“There should be a robust discussion in parliament before any law is enacted, and amendments should not ignore key recommendations of the Verma Committee or the views of women’s rights groups in the country,” said G Ananthapadmanabhan, chief executive of Amnesty International India.

It fails to criminalize the full range of sexual violence with appropriate punishments in accordance with international human rights law. It includes vague and discriminatory provisions, and introduces capital punishment in some cases of sexual assault.

The ordinance also retains effective legal immunity for members of state security forces accused of sexual violence, harms rather than helps teenagers by increasing the age of consent to sex, and defines “trafficking” in a way that might conflate it with adult consensual sex work.

Some of the definitions incorporated in the ordinance do not appropriately protect women from sexual violence, the human rights groups said.

The ordinance retains archaic and discriminatory concepts used to define criminal offenses as “insults” or “outrages” to women’s “modesty” rather than crimes against their right to bodily integrity. This violates India’s international legal obligations to amend all laws containing gender discriminatory provisions.

The ordinance discriminates against women based on their marital status and denies them equal protection before the law. Under section 375 of the amended Penal Code, wives cannot bring a charge of “sexual assault” against husbands except under extremely narrow grounds: where she is “living separately under a decree of separation or under any custom or usage.”

India has ratified treaties and supported declarations that uphold the right to sexual autonomy as a matter of women’s equality, including the right to decide freely whether to have sex free of coercion, discrimination and violence.

Criminal law must provide protection from martial rape under all circumstances, the rights groups said.

The ordinance introduces the death penalty for sexual assault when it results in death or “persistent vegetative state” for the victim and in cases of certain repeat offenders.

Amnesty International and Human Rights Watch oppose death penalty under all circumstances as the ultimate cruel, inhuman, and degrading punishment and a violation of the right to life. This irreversible form of punishment has been abolished by a majority of countries.

Rather than focusing on punishment, legislators

should ensure that the law substantially reforms the system by which sexual violence is reported, investigated and prosecuted, the rights groups said.

The ordinance leaves in place procedures that put police and armed forces above the law in cases of sexual violence. Under current criminal procedure and other special laws, police and security forces are not subject to prosecution -- including for sexual violence --unless the government body overseeing the respective force approves prosecution.

This seldom happens, resulting in effective immunity for police officers and soldiers who commit serious abuses.

The Verma Committee recommended that these legal immunities, including in the Armed Forces Special Powers Act, be removed.

“India’s laws should not give the police and armed forces special privileges to commit sexual violence and other human rights abuses,” Ganguly said, adding, “Requiring government permission to bring cases against public servants is an unacceptable barrier to justice for survivors of sexual violence.”

The Protection of Children from Sexual Offences Act, enacted in 2012, increased the age of consent to sexual intercourse from 16 to 18. The Verma Committee recommended that the age of consent in the Indian Penal Code should revert to 16.

Indian law should continue to acknowledge that below a certain age, sexual contact with a child or adolescent who is unable to give meaningful consent must be criminalized.

But the law should also take into account adolescents’ evolving capacity and maturity to make decisions about engaging in sexual conduct for themselves, age differentials between those engaging in sexual activity, and remove inappropriate penalties, the rights groups said.

The legal framework should help adolescents deal with their sexuality in an informed and responsible way, and not punish the same population that it is designed to protect.

The new ordinance conflates the crime of trafficking with adult, consensual sex work in section 370 of the amended penal code, the rights groups said.

The ordinance introduces a new definition of “trafficking” by which a person “recruits, transports, harbours, transfers or receives a person or persons” by using force, threats, fraud, abducting, inducing, or abusing one’s power for the purpose of “exploitation.”

But the ordinance states that “exploitation shall include prostitution and other forms of sexual exploitation” and adds that “the consent of the victim is immaterial in a determination of the offence of trafficking.”

The ordinance fails to repeal section 377 of the Penal Code, which criminalises consensual same-sex relations among adults. In 2009, the Delhi high court ruled that criminalising consensual same-sex relations among adults was a violation of their constitutionally guaranteed rights to equality, non-discrimination, and the right to life with dignity and privacy.

Given these serious flaws in the new ordinance, Amnesty International and Human Rights Watch called upon Parliament to reject the ordinance in its present form and urged the Indian cabinet to introduce a revised bill to amend the criminal laws.

Rupee down 12 paise vs dollar in early trade 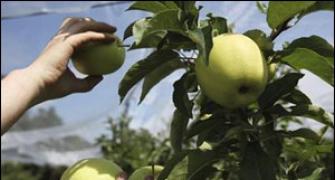 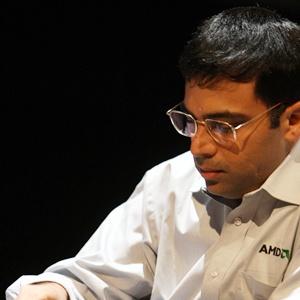