Source: PTI
March 15, 2012 17:31 IST
The government on Thursday dismissed former Indian Space Research Organisation chief G Madhavan Nair's claims that he was not given a chance to give his views on the action taken against him in connection with controversial Antrix-Devas deal.

"The high-level team had sent detailed letters to all the above four officials in July 2011 seeking clarifications for their involvement in various lapses and issues, including those pointed out by the high powered review committee," Minister of State in PMO V Narayanasamy told the Rajya Sabha.

He said in a written reply that the officials -- Nair, K R Sridharamurthy, A Bhaskaranarayana and K N Shankara -- were asked to send in their clarifications within 10 days.

Narayanasamy said the officials were also told that they would be asked to appear before the high level team if required. "If the officer desires the high- level team would be willing to give opportunity for personal hearing and giving views regarding the agreement," he said.

Narayanasamy said that the chairman of the high- level team had provided opportunity for personal hearing as requested by Nair. "The former chairman of ISRO followed it up with a letter to chairman, the HLT on August 10, 2011," he said.

Based on the high- level team report, submitted to the Prime Minister's Office on September 2 last year, the government had barred Nair and three eminent space scientists from any re-employment for their alleged role in the deal.

Nair had hit back at the government for taking action "in violation of principles of natural justice and tarnishing the image of reputed people like him." He had said he was not given an opportunity to explain his views and had to gate crash into the high-level team chairman Pratyush Sinha's office to narrate his side of the story.

It's war as ex-chief blames ISRO chief for misleading govt 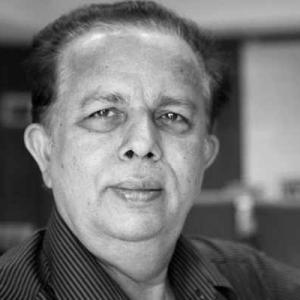