By Vicky Nanjappa
July 14, 2011 17:32 IST
Foot soldiers, who plant the bombs, giving a slip to the security set-up, has been a constant development in most recent terror strikes.

Vicky Nanjappa reveals why these accomplices of terror get away unnoticed from the scene of the crime.

Have you ever wondered why the people who plant bombs get away despite there often being CCTV footage of these men?

Take the various blasts that have rocked the country in the recent past and you will realise that these foot soldiers are never arrested.

On occasions when the police have made an arrest, it has turned out to be the wrong person.

Investigating agencies say going by past cases it becomes clear that terror groups never use any of their key operatives while planting the bombs.

During the Hyderabad and Jaipur attacks, they did use their operatives, since they did not have confidence in other individuals.

However, there was a change in the pattern when the Indian Mujahideen executed Operation BAD (Bengaluru-Ahmedabad-Delhi).This trend was also seen during the Varanasi blast in December 2010.

The modus operandi first came to light when the police interrogated T Naseer, a prime accused in the 2008 serial blasts in Bengaluru, which killed two people and injured 20.

Naseer told the police he had hired construction workers to plant bombs across the city. He added that none of these workers knew what they had with them and they did what they were told as he had paid them a considerable amount of money.

This trend was also witnessed during the Varanasi blast on December 7, 2010, where construction workers from Bangladesh were reportedly roped in to plant bombs at the Sheetala Ghat.

Police officers say terror outfits pick and choose inidviduals who are desperate for money and use them to plant bombs.

For such people, from poor economic backgrounds, even a sum of Rs 500 is a big amount and they will execute a job without question.

The IM began choosing migrant workers from Bangladesh who infiltrate into India for employment. These individuals leave the town/city after the job is done, which makes it extremely difficult for the police to track them down.

These migrant workers don't have an official or police record either.

However, investigators say that in blasts which are high profile in nature, terror groups are more cautious and could deploy some low rank cadres.

These cadres are picked carefully and every precaution is taken to ensure that there is absolutely no police record on them.

These cadres are also roped in from different states. They meet with members of the module where the blast is to be executed, are told where to plant the bomb, and leave the place immediately.

The devices are timed in such a manner that the explosion goes off at least an hour after the person leaves the place.

After the terror attack on the Indian Institute of Science in Bengaluru in December 2008, Sabahuddin Ansari, an accused in that incident, not only had the time to slip out of Bengaluru, but he even reached Nepal by the time the city police figured out what was going on. 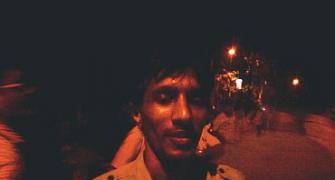 'People were lying in a pool of blood'
Rain has NOT washed away evidence at blast sites
India needs CCTVs, but... 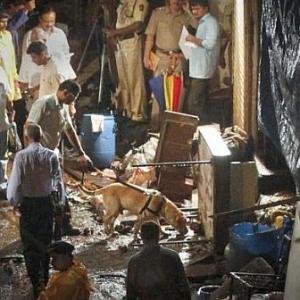