Source: ANI
February 19, 2011 17:17 IST
Osama bin Laden's terrorist deputy has reportedly released his new audio message on the internet, the first message from Al Qaeda since the unrest in Egypt began, terming the ousted President Hosni Mubarak's government as a 'suppressive regime that had ruled the people with suppressive forces'.

Terming the Egyptian regime as 'corrupt' in his 34-minute message, Ayman al-Zawahiri said, "The constitution of the regime in Egypt claims that it is democratic. But the truth is that it's a suppressive regime that rules the people with suppressive forces and fake elections and corrupt media and unjust law," ABC News reports.

The audio message of Zawahiri, an Egyptian-born doctor who had served three years in prison for his role in the 1981 assassination of Mubarak's predecessor-- Anwar Sadat -- was reportedly produced by Al Qaeda's media arm, as-Sahab, meaning 'Of The Cloud', and posted on radical Islamic internet forums on Friday.

Zawahiri's message does not bear any date of recording or a reference to the 18 days of Egyptian mass protests that began in January. However, the still images in the video include a reference to an Islamic month that ended one week before Mubarak's resignation on February 11, the report said.

Since the Egyptian mass protests began, many regional analysts had reportedly pointed out that there was a lack of response from Al Qaeda's side regarding the uprising.
Source: ANI
Related News: Al Qaeda, Hosni Mubarak, Zawahiri, ABC News, Osama bin Laden
SHARE THIS STORY
Print this article 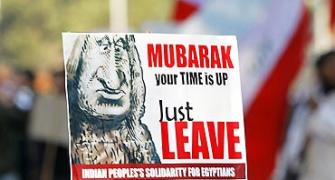 PHOTOS: The writing is on the wall, Mr Mubarak!
Cairo Diary: Arrest and freedom in new Egypt 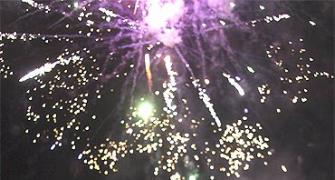 Egypt: What next after the revolution? 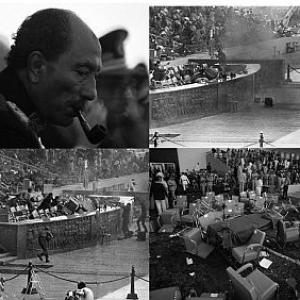 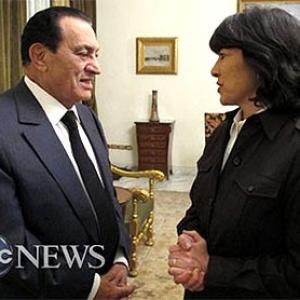