Mubarak not to quit now; army orders protesters to leave

Source: PTI
February 02, 2011 20:43 IST
Massive Egyptian crowds kept up their protest in Cairo and other key towns on Wednesday, seeking immediate ouster of embattled President Hosni Mubarak rejecting his offer to quit by September and defied orders from the military to "go home".

Thousands of people converged on the Tahrir Square, chanting slogans like 'Mubarak you have to go now. Go, Go now,' as the military for the first time since the outbreak of the uprising against the 30-year rule of Mubarak nine days ago, issued a decree asking the protesters to end their demonstrations.

"Your message has arrived. Your demands have become known," Military Spokesman Ismail Etman said on the state television in an address, marking a shift in the army's stand, with the men in battle fatigues apparently throwing their weight behind Mubarak.

Opposition parties defied the army orders to "go home" saying they planned to go ahead with a massive rally after the Friday prayers. Their leaders have served an ultimatum on Mubarak to quit by then.

Egypt's army, hugely popular with the public, has so far refrained from interfering with the huge protests and the marches by the people and it was not immediately known whether its new warnings were a prelude to any clampdown. The army's warning came as Mubarak, buckling under pressure, promised not to stand for presidential elections scheduled in September, but said he had no intention to flee Egypt.

Eighty-two-year-old Mubarak went on television to announce that he would not contest the September polls, but would also not step down immediately, an offer which failed to calm public fury as clashes erupted between his supporters and opponents in major cities.

"I say in all honesty and regardless of the current situation, that I did not intend to nominate myself for a new presidential term," he said. His address beamed over giant television screens on the Tahrir Square -- the hub of anti-government protests in heart of Cairo --  was greeted by boos and jeers by the mammoth crowds who chanted "Go Go Go Now Mubarak."

In his 10-minute address, Mubarak said he would not flee the country. "I will die on Egyptian soil," he said.

The president, who appeared somber, said he would serve the remaining part of his term to accomplish necessary steps for peaceful transfer of power and carry out amendments to the rules of Presidential elections. Immediately afterwards, authorities announced that the country's Parliament had been suspended until the results of the elections held in late 2010 were revised as promised by Mubarak. The authorities also allowed partial revival of internet services which had been cut-off by them.

The parliamentary elections were marred by violence as well as accusations of widespread fraud and vote rigging. The suspension of two houses of Parliament was announced by the official news agency MENA.

Hours after Mubarak's address, his supporters made feeble attempts to take out counter-protests assembling in front of the state TV building urging him not to leave office, as it would plunge Egypt into anarchy.

The climbdown by the president and the warning delivered by the army came as international pressure grew on Mubarak to quit immediately.

In what appeared to be a snub to Mubarak's plan to cling to power, Obama called for immediate beginning of an orderly transition in Egypt.

Nobel peace prize winner and opposition leader Mohamed ElBaradei said Mubarak's speech was as an "act of deception". "If he does not heed the call to leave power he would be a dead man walking," ElBaradei said as the protesters vowed not to leave the streets until Mubarak steps down.

Saad al-Katatni, a leading member of the opposition Muslim Brotherhood said, "The people have spoken. They have said no to Mubarak. He must go immediately."

The dramatic buckling by Mubarak came after the Egyptian capital and major cities like Alexandria witnessed unprecedented public outpour onto the streets with an estimated million people flooding the Tahrir Square. Throngs of people walked for miles to join the protest at the square as transport services were off roads.

At the beginning of his speech, Mubarak said that "the young people" have the right to peaceful demonstrations. But his tone quickly turned accusatory and he lashed out at his detractors, saying the protesters had been "taken advantage of by people trying to "undermine the government".
Source: PTI© Copyright 2021 PTI. All rights reserved. Republication or redistribution of PTI content, including by framing or similar means, is expressly prohibited without the prior written consent.
Related News: Hosni Mubarak, Mohamed ElBaradei, Barack Obama, Egypt, MENA
Print this article 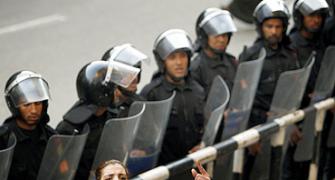 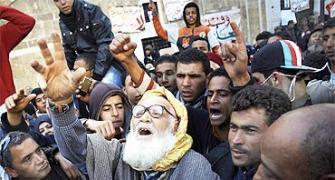 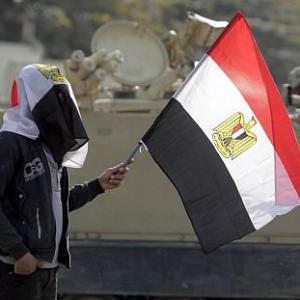 In PHOTOS: March of the millions 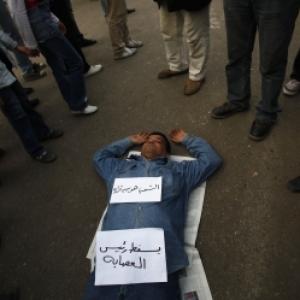