The Bharatiya Janata Party might have a majority in the Lok Sabha but sarcasm and public humiliation of rivals may not be the way to assert this. In fact, it is a waste of time, says Aditi Phadnis "Prime Minister Narendra Modi's decisive leadership style, combined with the 2014 election of an absolute majority in the lower house of Parliament of his Bharatiya Janata Party, will enable more decisive Indian decision making on domestic and foreign policy," James R Clapper, Director of National Intelligence said recently during a US Congressional hearing.

Modi could not have agreed more.

He has told supporters that there is a distinct change in the attitude of foreign countries and the way they see India. This is largely because, for the first time in decades, New Delhi has a decisive single-party majority government.

And to be sure, Delhi has leveraged this to great advantage, whether it is on issues of food security in multilateral trade or on the Saarc initiative or on the infrastructure of the BRICS bank (we are now told the government never wanted it headquartered in Mumbai anyway, so it was no loss when Shanghai was selected; India pushed Mumbai tactically only so it could secure the right to appoint the CEO: well, well, we live and learn).

The US thought now, with a BJP majority, India would jump at the opportunity to join the coalition against the Islamic State. India said thanks, but no thanks.

In other words, the majority in the Lok Sabha has served Modi (and India) well in foreign policy. Then why is his government throwing it all away when it comes to domestic policy?

It is too easy to explain this in terms of the tyranny of the majority in the Lok Sabha, the phrase Communist Party of India (Marxist) leader Sitaram Yechury used in the Rajya Sabha recently.

Of course, there's that as well.

But on many thorny issues, a fragile consensus has been achieved.

All that the government seems intent on doing is to crush that to the ground and emphasise that because it is a BJP government, it is the BJP that will decide what to do and how to proceed.

This, regrettably, applies not just to the Opposition but also to its allies.

Take the Telugu Desam Party. Sure, the alliance with the BJP has landed it two ministerships. But what the TDP hears the BJP saying is: take that and be content, for nothing more will come your way.

Andhra Pradesh is still waiting for these.

The TDP says the BJP wants to grow in Andhra Pradesh and predicts that at one way or another, the alliance will break for there is no Opposition in the state (Y S Jaganmohan Reddy's outfit is dying)

and the BJP could take its place.

So, it wouldn't do to help strengthen the TDP too much.

About the handling of the Shiv Sena, the less said the better.

The Akali Dal, one of the BJP's oldest partners, is seething at the encouragement to the Dera Sacha Sauda.

Retaliation has been swift.

On the land acquisition Bill, it took two years, countless man-hours and exhaustive consultation with state governments by Jairam Ramesh when the BJP decided it too had to come on board and backed the Bill to amend a 1894 legislation.

Many, even in the Congress, felt the Bill could harm industry and growth and that it needed refinement. But they went along with it.

Before it brought an ordinance to amend the land acquisition Bill, what would it have cost the BJP to discuss the matter first with the NDA; then with those in the Congress who had opposed the Bill; and later, at an all-party conference, and build on the consensus already there, instead of smashing it to smithereens?

Sensing an opportunity to correct slights -- real and perceived -- its allies are saying to themselves 'serves them right' and are gravely offering the government gratuitous advice.

Put on the defensive by the way the argument has been posed -- 'don't make industry and infrastructure bad words' -- the Congress' back is up.

The net result is a big zero, reducing the government's much-touted majority in the Lok Sabha to just so much rhetoric -- which, actually, it isn't.

There are hundreds of other such examples where there could have been give and take.

The Congress says: 'tell me about it'.

The party managed to get Congresswoman Pratibha Devisingh Patil elected as President with the support of the Shiv Sena.

By publicly accepting that the United Progressive Alliance was a coalition government and needed the Opposition's help in proceeding on economic reform via legislation, Pranab Mukherjee managed to get the BJP on board on insurance sector reform (it is another matter that the BJP recanted later).

It ran a Union government with a set of parties with whom it was arch-rivals in three states.

Enormous backchannel outreach along with structures where everyone can say what they want and know that they are being heard, is part of running a coalition government.

The prime minister is doing the Indian equivalent of kissing babies by attending tilak and wedding ceremonies. But there seem to be no structures to hear the voices of the meek.

The BJP might have a majority in the Lok Sabha, but sarcasm and public humiliation of rivals may not be the way to assert this.

In fact, it is a waste of time.
Aditi Phadnis
Source: 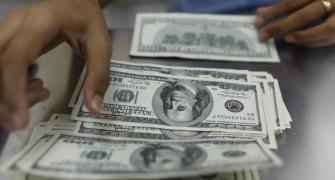 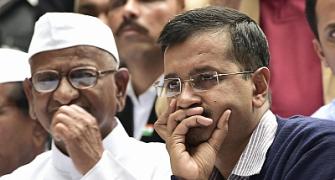 3 years after split, Kejriwal shares dais with Anna in Delhi 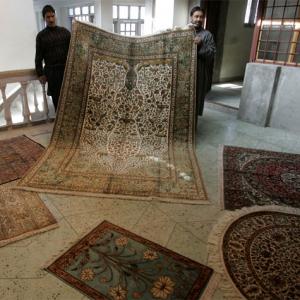 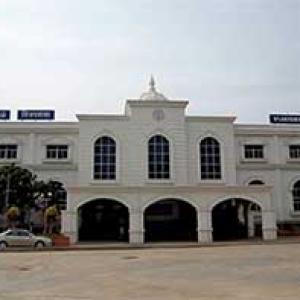