Cracking the whip on mining mafia, the police on Sunday arrested a person for firing at the police probing illegal sand mining, even as a Morena Bharatiya Janata Party leader was held for allegedly assaulting officers and forcibly taking away two tractor-trolleys engaged in stone quarrying.

The arrests were made barely three days after a young Indian Police Service officer Narendra Kumar Singh was killed allegedly by the mining mafia in Morena district of Madhya Pradesh.

Panna Superintendent of Police Anil Maheshwari said a person, Kubar Singh, was arrested in connection with a case of firing on a police team, which had gone to Ajaygarh to probe illegal mining in the area by sand mafia.

"The police, after taking control of the area, also removed the temporary bridge over River Ken erected by the mafia for transporting sand to neighbouring Uttar Pradesh," he said.

The sand mafia, engaged in illegal excavation, had on Saturday opened fire at the team headed by Ajaygarh sub-divisional magistrate Nathuram Goud and sub-divisional police officer Jagannath Singh Markam in Chandipatha, about 70-80 km from Panna.

When the two officials were carrying the seized vehicles, they were intercepted by the BJP leader who later severely thrashed Barethe and forcibly took away the seized trolleys, police sources said.

A meeting of senior police officials was also held in Morena on Sunday to review the situation.

On Thursday, the 30-year-old IPS officer was mowed down under a tractor-trolley by an alleged member of the mining mafia when he tried to stop a vehicle carrying illegally quarried stones in Morena district 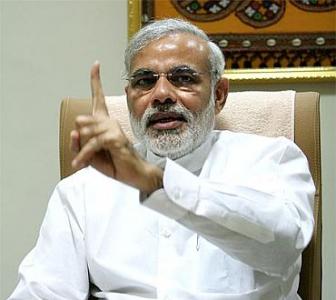 'Guj riot report should be given to guv, not Modi'
Former cops worried by rising crime trend in MP