By Sharat Pradhan
January 05, 2011 17:54 IST
A police sub-inspector was killed and three of his colleagues injured on Wednesday when a violent mob stormed a police outpost at Jamania town in Ghazipur district of Uttar Pradesh.

A woman was injured when the police fired at the mob in retaliation.

The mob turned violent after it was prevented from staging a protest demonstration against the arrest of Communist Party of India  Marxist Leninist activist Manoj Bind in connection with a major theft in a local post office. National Savings Certificates and Kisan Vikas Patra worth over Rs 51 lakh were stolen from the post office on December 9.

The police arrested Bind on December 30, claiming that all the stolen certificates were
recovered from his possession.

"NSCs and KVPs worth Rs 51.7 lakh were seized from Bind's possession following which he was taken into custody," claimed state Additional Director General of Police Brij Lal.

"Two of the policemen injured in the violence are in a serious condition," said Lal.

But locals claimed that Bind was innocent and had been framed in the theft case. What began as a silent protest demonstration turned violent after local policemen prevented the mob from marching towards the centre of the town. The furious mob beat up the policemen and set the Jamania police outpost on fire. They also burnt down police motor-cycles and other vehicles.

"Policemen were clearly at the receiving end as they were outnumbered by the mob," said Lal. He added that 50 people had been arrested in connection with the violence.

The incident comes close on the heels of a similar clash between protestors and the police in Deoria district which left one demonstrator dead and three policemen injured.

While Lal maintained that the situation was now 'well under control', a police contingent was rushed from Varanasi to ensure peace and calm in the area.

The Varanasi divisional commissioner and the inspector general of police of Varanasi have rushed to Jamania, which is located close to Naxal-infested areas along the Uttar Pradesh-Bihar border. Review: Tournament is a crass comedy 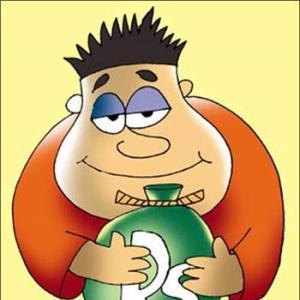 Double your money in 8.7 years without any risk