By Vicky Nanjappa
August 26, 2010 16:01 IST
The importance of the ongoing three-day conference of police chiefs in the capital can be gauged by the fact that the home minister and the prime minister have addressed it. Vicky Nanjappa reports on the meeting which will decide the fate of police work in the country.

Self reliance in tackling the Maoist problem was the major topic of discussion during the three-day annual conference of police chiefs in New Delhi.

One of the state police chiefs, who is attending the three-day conference told rediff.com that the two biggest issues that were debated during the conference were the Naxal problem, and the turmoil in Jammu and Kashmir. Saffron terror and the regrouping of Sikh militant groups was also discussed.

The conference discussed the setting up of unified commands in the states of Chhattisgarh, Orissa, Jharkhand and West Bengal. However the other officers drew the example of Punjab where militancy was tackled by the state police and suggested that the Naxal menace would be countered in this fashion. While most officers of the Naxal-affected states agreed with this solution, they however pointed out that other states which faced a Naxal problem could help out with intelligence since they feel that a lot of important leaders are hiding in other states to ensure that the cadres regroup. To fight the Naxal menace, it was also decided that the internal capacity of the police force should be augmented.

Many police chiefs were of the opinion that the Naxal menace should be tackled internally and not with the help of external support. The internal force would be more accustomed to the terrain and also find it easier to deal with the local population. Moreover the advantage of the local language would help. The language factor is very important since the Naxal movement survives on the local support.

Saffron terror: Reports that trickled in from various states indicated that 'saffron terror' was on the rise. Home Minister P Chidambaram warned all police chiefs have to watch out for this problem.

Some police chiefs said that it would be easier to crack down on saffron terror, if the intelligence available was good. It was said that there was a need to rely more on the state intelligence for this issue. Since the intelligence inputs pertaining to this issue were not up to the mark, they were unable to deal with this threat in an effective manner.

A section even complained of political interference in some states which made it difficult to counter the problem. The police chiefs decided to have meetings with their respective intelligence cells and also have more regular intelligence sharing between states to address this issue.

Sikh terrorism: The Intelligence Bureau had indicated that the Babbar Khalsa International which was kept quiet for nearly two decades is ready to re-enter India, with help of the ISI. Although major concerns were raised by the Punjab police, the IB said that states up north have to gear up to face this problem.

Delhi will face the brunt of this threat, if it is not curbed. An advisory was also given to the Punjab police to have constant and thorough checks apart from beefing up the local intelligence wing to keep a watch on the movements of possible Sikh militants. There was also a passing mention made regarding the threat these militants posed to the Commonwealth Games.

Unrest in the northeast: The police chiefs of the north eastern states expressed concern over the trouble that has been brewing in their states. They said that there was an expansion of the left wing extremists into the northeast. Intelligence reports stated that these groups were reaching out to other terrorist groups in Pakistan and Bangladesh to further their cause.

Maritime security: The police chiefs decided that there was a lot of cooperation that was required on this front and all police forces needed to work closely to safeguard the 7,200 kilometre coastline which has become hunting ground both for the mafia and terror groups.

In addition to this the conference will also discuss issues pertaining to modernisation of the force and police reforms. There will also be a session on human rights and how police need to deal with this problem. 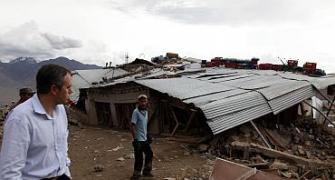 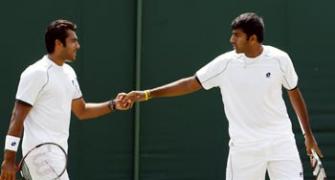 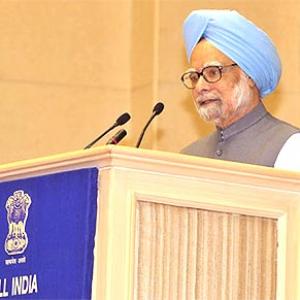