India made history on Wednesday as its maiden Mars mission, Mangalyaan, entered the red planet's orbit

India has become the first country to go to Mars in its maiden attempt. And it has beaten China and Japan to it.

ISRO now joins an elite club of European, US and Russian probes that have managed to orbit or land on the planet. Rediff.com takes a look at spacecraft that have successfully made it to Mars. 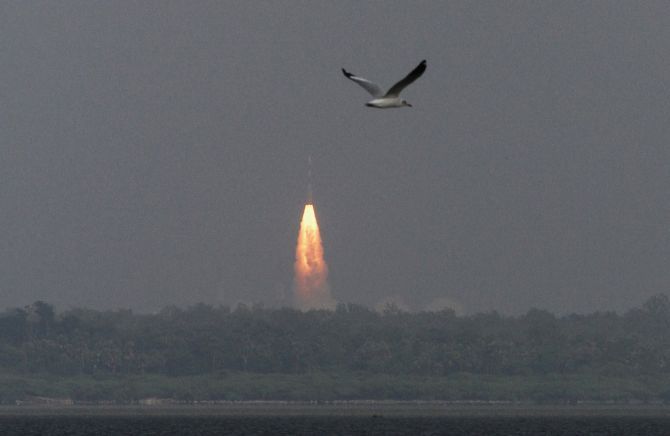 India’s Mars mission is crucial because only 21 of the 51 missions to Mars so far have been successful. On Sunday night, NASA's Maven spacecraft entered orbit around Mars for a study of the red planet's atmosphere following a 710 million-kilometre journey that began nearly a year ago.

The goal of Maven or Mars Atmosphere and Volatile Evolution is to investigate the upper reaches of Mars's atmosphere to understand how much water has been lost into space. 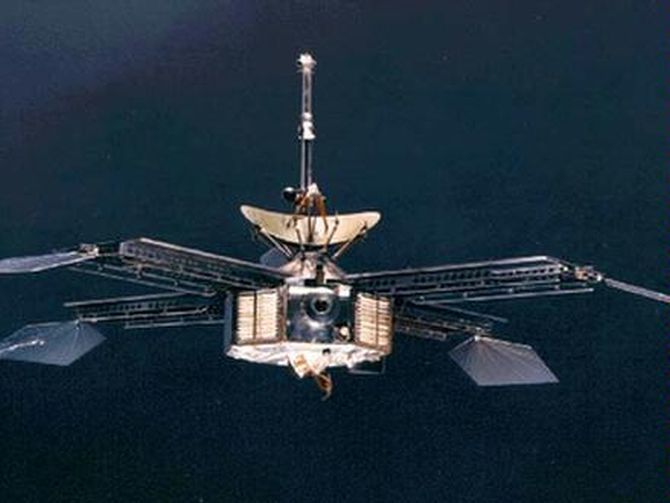 An artist's concept of the Mariner 3 and 4 spacecraft series. Photographs: Image credit: NASA/JPL-Caltech

The Mariner 4 was launched on November 28, 1964 from Cape Canaveral in the United States.

It was fourth in a series of spacecraft used for planetary exploration in a flyby mode and it successfully flew by Mars on July 14, 1965.

The mission returned the first close-up images of the Martian surface.

The spacecraft was designed to conduct close up scientific observations of Mars and to transmit these observations to Earth.

According to the National Space Science Data Centre, the total cost of the Mariner 4 mission is estimated at $83.2 million. 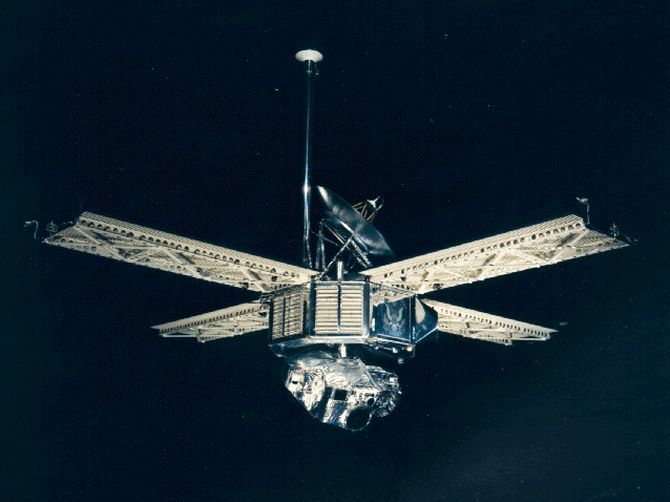 The Mariner 6 was launched on February 25, 1969, from Cape Canaveral in the United.

The Mariner 6 and 7 (launched a month later on March 27) comprised a dual-spacecraft mission to Mars. It was the 6th and 7th missions in the Mariner series of spacecraft used for planetary exploration in the flyby mode.

The mission’s objectives were to study the surface and atmosphere of Mars during close flybys. It was also to establish the basis for future investigations, particularly those relevant to the search for extraterrestrial life, and to demonstrate and develop technologies required for future Mars missions and other long-duration missions far from the Sun, according to the National Space Science Date Centre. 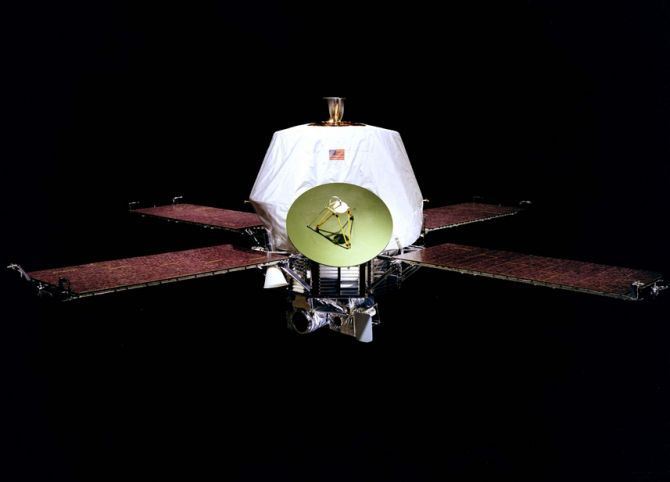 On May 31, 1971, after the first spacecraft, Mariner 8, failed to reach the Earth orbit, Mariner 9, the second in the pair of identical spacecraft was launched.

Mariner 9 became the first spacecraft to orbit another planet. It beat the Soviet Mars 2 (in spite of an 11-day head start) to Mars. The orbiter was able to map 85 per cent of the Martian surface at a resolution of 1 to 2 km in addition to gathering abundant information about the surface and atmosphere.

Images of the Martian surface included the first detailed views of Olympus Mons, the solar system's largest volcano; Valles Marineris, a vast canyon system that dwarfs the Grand Canyon and was named for this spacecraft; the polar caps; and the moons Phobos and Deimos, according to NASA.

It was the first spacecraft to detect water vapor on Mars (over the south pole).

This computer-coloured image was taken by the spacecraft Viking 2 in 1976. Photographs: Image credit: NASA/JPL-Caltech

The Viking Project became the first United States mission to land a spacecraft safely on the surface of Mars and return images of the surface.

Viking 1 was launched on August 20, 1975, and Viking 2 on September 9, 1975. It consisted of two identical spacecraft, each consisting of a lander and an orbiter.

The Viking 1 lander touched down on the western slope of Chryse Planitia (the Plains of Gold), while the Viking 2 lander settled down at Utopia Planitia.

The two landers conducted 3 biology experiments designed to look for possible signs of life. NASA states that while the experiments discovered unexpected and enigmatic chemical activity in the Martian soil, it provided no clear evidence for the presence of living microorganisms in soil near the landing sites. 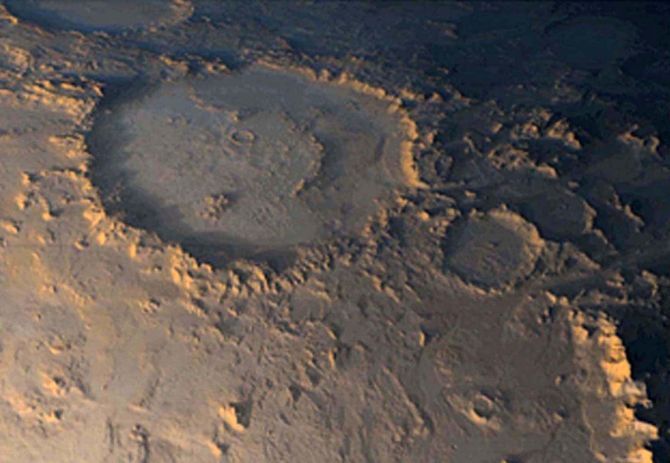 NASA's Mars Global Surveyor captured this image of 'Happy Face Crater'. This crater is officially known as Galle Crater, and it is about 215 kilometers (134 miles) across. The picture was taken by the Mars Orbiter Camera's red and blue wide angle cameras. The bluish-white tone is caused by wintertime frost. Photographs: Image credit: NASA/JPL-Caltech

After a 20-year gap, the Mars Global Surveyor was launched on November 7, 1996. It was the first successful United States mission to Mars since the Viking mission in 1976.

The Mars Global Surveyor has contributed to a several findings, including signs of past, persistent water such as an ancient delta and currently active water features in the gullies of canyon walls.

The Mars Global Surveyor went silent in November, 2006, nearly a decade of discovery. 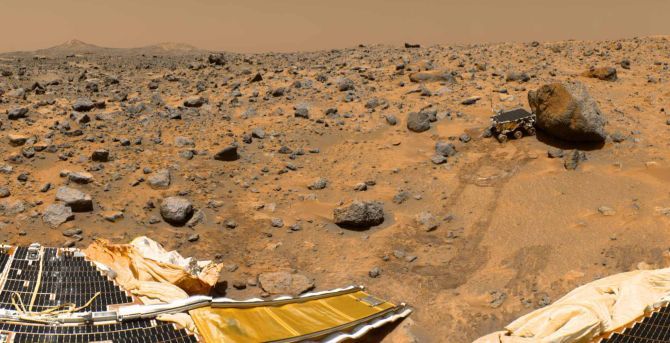 In an image released by JPL the Mars Pathfinder mission, a sub-section of the geometrically improved, colour-enhanced version of the 360-degree panorama taken by the Imager for Mars Pathfinder (IMP) over the course of the eighth, ninth and tenth day of the mission.

The Mars Pathfinder was thesecond of NASA's low-cost planetary Discovery missions to be launched on December 4, 1996. The mission’s primary objective was to demonstrate the feasibility of low-cost landings on and exploration of the Martian surface.

The bulk of the lander's task was to support the rover by imaging rover operations and relaying data from the rover to Earth. The lander was also equipped with a meteorology station, according to the National Space Science Data Centre.

The Mars Pathfinder mission cost approximately $265 million including launch and operations. Development and construction of the lander cost $150 million and the rover about $25 million. 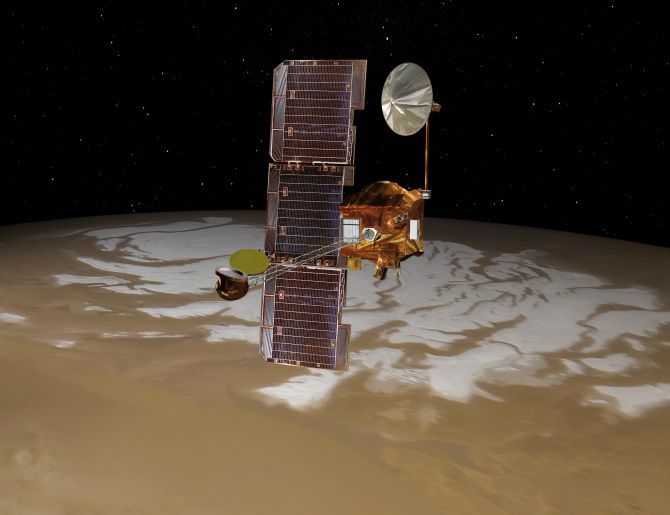 The 2001 Mars Odyssey was launched on April 7, 2001, from Cape Canaveral in the United States. It is part of NASA's Mars Exploration Program, a long-term effort of robotic exploration of the red planet.

The name ‘2001 Mars Odyssey’ was selected as a tribute to the vision and spirit of space exploration as embodied in the works of renowned science fiction author Arthur C Clarke, according to NASA.

Its objective is to conduct a detailed mineralogical analysis of the planet's surface from orbit and measure the radiation environment.

Among other goals, the mission’s primary goal is to gather data to help determine whether the environment on Mars was ever conducive to life. 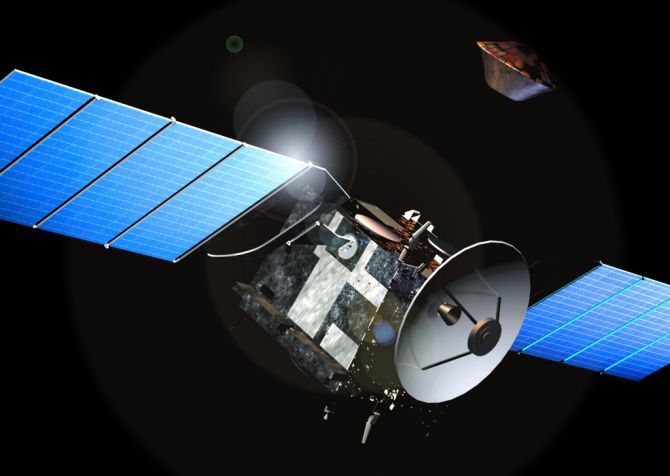 Launched on June 2, 2003, the Mars Express is a European Space Agency mission to Mars.

The mission gets its name Mars Express because it will be built more quickly than any other comparable planetary mission.

It consists of an orbiter, the Mars Express Orbiter, and a lander, Beagle 2. 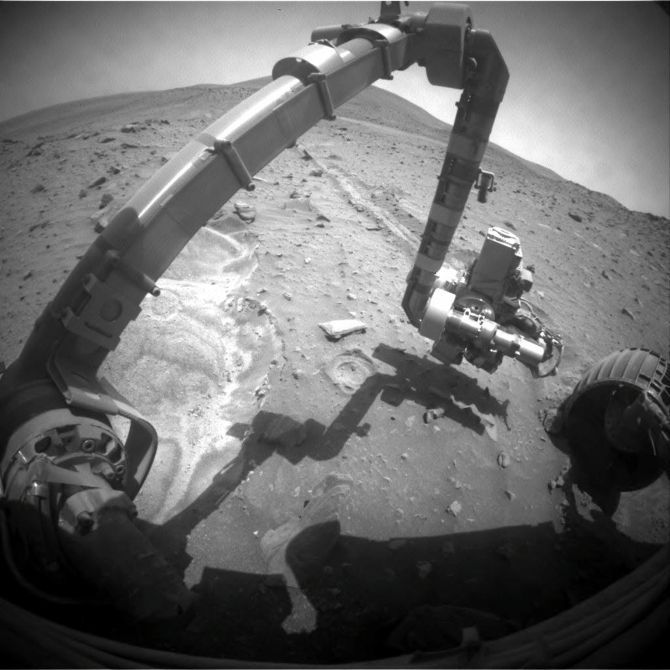 Launched on June 10, 2003, the ‘Spirit’ rover is one of the two rovers launched to Mars in mid-2003, (the other was "Opportunity" (Mars Exploration Rover B or MER-1). The rovers arrived at Mars in January of 2004 equipped with a battery of scientific instruments and will be able to traverse 100 meters a day.

About 3 hours after landing the first images were returned to Earth, showing a flat plain littered with small rocks. Gusev Crater was chosen as a landing site because it has the appearance of a crater lakebed. 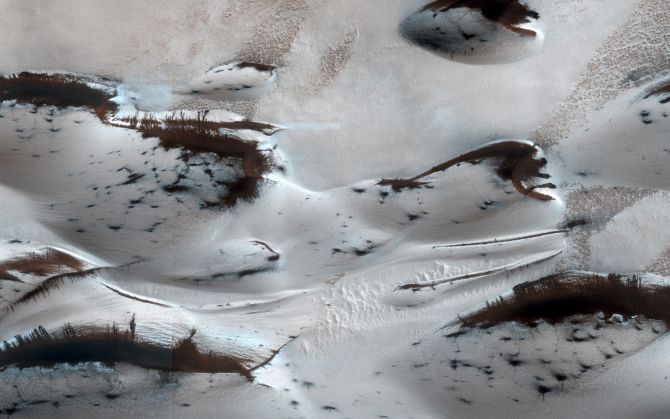 Mars’ northern-most sand dunes are seen as they begin to emerge from their winter cover of seasonal carbon dioxide (dry) ice in this image acquired by the HiRISE camera aboard NASA's Mars Reconnaissance Orbiter. Photograph: Courtesy NASA/JPL-Caltech.

The Mars Reconnaissance Orbiter was launched from Cape Canaveral on August 12, 2005, on a search for evidence that water persisted on the surface of Mars for a long period of time.

After a 7-month cruise to Mars and 6 months of aerobraking to reach its science orbit, MRO began seeking out the history of water on Mars with its science instruments.

NASA states that the Mars Reconnaissance Orbiter mission met all its science goals in a two-year primary science phase. 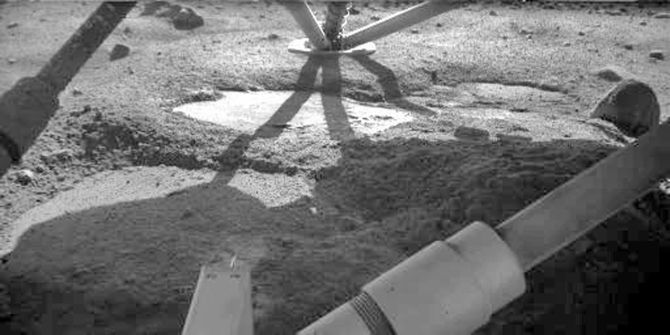 The Phoenix mission has officially ended, its last signal was received on November 2, 2008.

Launched from the Kennedy Space Centre aboard a Delta II rocket, the 681 million km heliocentric cruise to Mars took approximately 10 months, with landing on Mars on May 25, 2008.

Cost of the mission is estimated at $417 million. 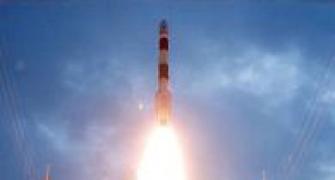 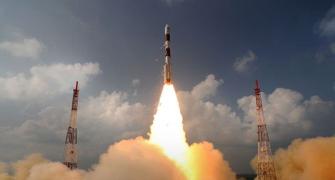 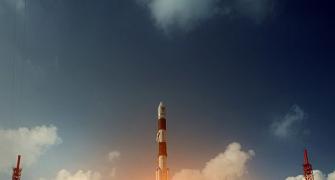 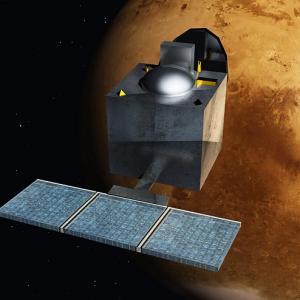 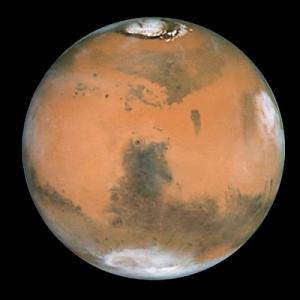