Amid continuing standoff between the government and Opposition in Parliament, key United Progressive Alliance ally Trinamool Congress on Thursday suggested that an all-party meeting should be called to defuse the crisis, saying the Opposition needs to be taken into confidence over the issue.

Trinamool chief Mamata Banerjee said the Opposition has a "prerogative" to raise issues but indicated that it was for Prime Minister Manmohan Singh to decide whether or not to accept the demand for his resignation.

"Meeting of all-political parties is very much needed to resolve the issue. On what format the Opposition wants discussion must be discussed with them. We must take the Opposition into confidence. There are so many big issues and it can be sorted out through talks, negotiation and discussion," Mamata told the media when asked about the way forward to resolve the current impasse in the Parliament.

The Parliament remains deadlocked for the third consecutive day with the main opposition Bharatiya Janata Party unrelenting on its demand for the resignation of the PM over the CAG report citing irregularities in coal block allocations.

On the demand for PM's resignation, she said, "The opposition parties can raise it, it is their prerogative to raise. If I ask you to resign right now will you resign? It depends upon you." 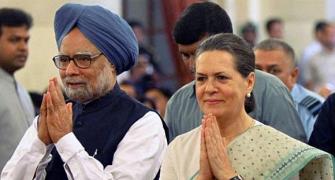 Coal-gate: Where parties stand on the issue
Coal-gate: Govt sends Shinde as emissary to BJP
Don't think Parliament will work before Monday: Govt 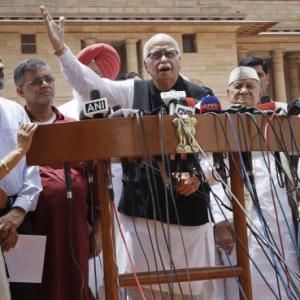 BJP all set to take 'Coal-gate' into 'next election' 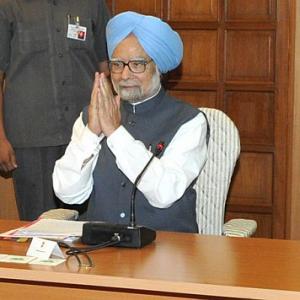 No compromise, PM must GO: NDA