One of the key accused in 2006 Malegaon bomb blasts case, Manohar Singh, has confessed to his role in the conspiracy, the National Investigation Agency on Sunday claimed in a special court.

Singh, arrested from Hatod in Indore district of Madhya Pradesh on Saturday, was produced before the special NIA court.

It was the first arrest in connection with Maharashtra's 2006 Malegaon bombing after the role of right-wing groups came to the fore.

Special public prosecutor Rohini Salian told the court that Singh has provided many important leads in connection with the blasts.

The NIA also told the court that Singh might provide information about the involvement of other accused during his custodial investigation.

Singh was nabbed after the key accused in 2007 Samjhauta Express blast, Rajender Chaudhary, told about the former's involvement in the case.

The court has already issued production warrant against Chaudhary, who is likely to be brought to Mumbai on Monday.

The multiple bomb explosions in Malegaon, a communally-sensitive powerloom town in Nashik district, had occurred near a mosque on September 8, 2006, killing 37 people and injuring over 100.

After the explosions, Maharashtra Anti-Terrorism Squad had arrested nine suspects. However, the MCOCA court had granted bail to the nine accused on November 5 last year after new details emerged about the bombings.

The probe into the blasts was handed over to CBI which endorsed the ATS' findings. The case went to NIA, which came into existence in 2009 following 26/11 Mumbai attacks.

NIA had told the court that the confession of Swami Aseemanand, arrested for the 2007 blast in Hyderabad's Mecca Masjid, pointed to involvement of a right wing group in the Malegaon terror attack. 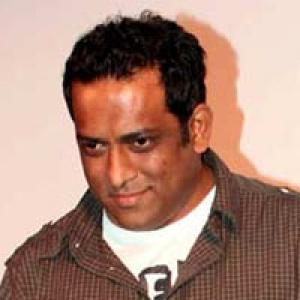