Source: PTI
September 16, 2011 16:39 IST
Aiming to enhance civil liberties in the country, Malaysia will abolish a colonial-era draconian law that allows security forces to detain suspects indefinitely and was used by authorities to crush protests by a Hindu rights group.

While the controversial Internal Security Act will be repealed, two new laws will be introduced to safeguard peace and order, Prime Minister Najib Tun Razak said in his Malaysia Day address.

Razak said the new laws would be in line with Article 149 of the Constitution that allows Parliament to pass special laws against subversion and acts prejudicial to public order, such as terrorism.

Razak also promised Malaysians that political ideology will not be the ground to detain anyone. "I am happy to announce on this historic night that the ISA will be completely repealed," he said last night in a nationally televised speech, bowing to a key opposition demand on eve of celebrations marking the anniversary of the foundation of modern Malaysia.

The historic changes, he said, were to accommodate and realise a mature, modern and functioning democracy, to preserve public order, enhance civil liberty and maintain racial harmony.

In 2007, the several leaders of the Hindu Rights Action Force (Hindraf), were arrested, some on charges of sedition after they organised a huge rally protesting the alleged marginalisation of the minority community. 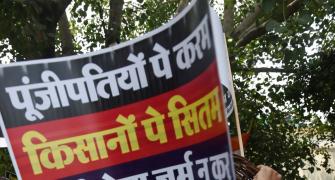 'Improve image of constabulary; the pillar of police force'