"Raids are being conducted at 60 places in the country," Director of Income Tax Department, Ujjwal Choudhary, told PTI over phone.

He, however, refused to divulge why the raids were being conducted, the names of the persons and places involved.

Sources said raids have been going on in Patna, Ranchi, Chaibasa and Jamshedpur.

On October 31 last, I-T and Enforcement Directorate officials had raided about 70 places, including the residences of Koda and his associates.

The officials claimed to have detected evidence of alleged illegal investments and hawala transactions worth Rs 2000 crore.

The ED had booked Koda and seven others in connection with financial irregularities to the tune of Rs 4000 crore on October 9.

Koda is now in judicial custody after he was arrested by Jharkhand Vigilance Bureau on November 30 in connection with a state vigilance case pending at a special vigilance court.

Source: PTI© Copyright 2020 PTI. All rights reserved. Republication or redistribution of PTI content, including by framing or similar means, is expressly prohibited without the prior written consent.
Related News: Madhu Koda, Income Tax Department, Jharkhand, I-T, PTI
SHARE THIS STORY
Print this article
Will the route of Koda's loot be dealt with? 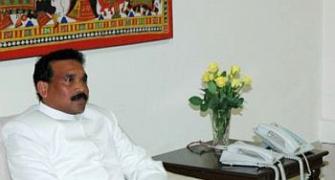 Madhu Koda and his circle of friends 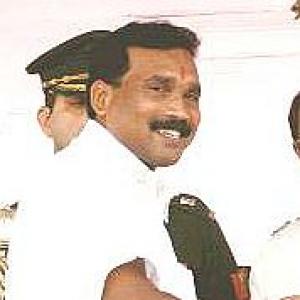