Braving inclement weather and risky conditions, a young Air Force officer dramatically winched up a toddler to safety from the roof-top of a marooned house in rain-battered Kerala where thousands of people are battling all odds to survive as the death toll has touched 197 in the past 10 days in the second spell of monsoon fury since August 8. 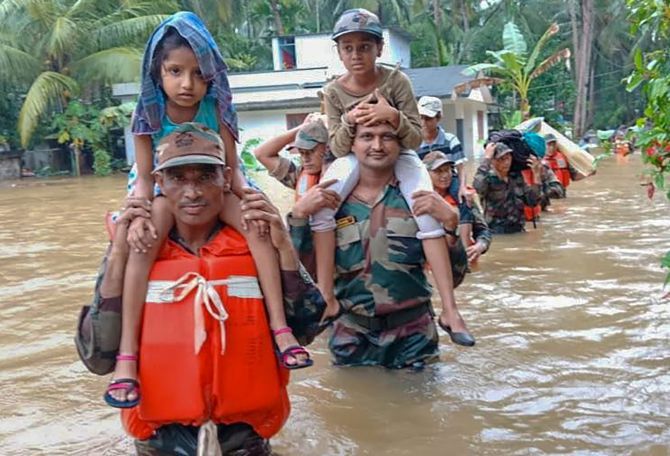 Wing Commander Prashanth slid down a rope to the terrace of the two-storey house which seemed from above like a toy floating on the yellowish murky waters.

TV visuals showed the officer airlifting the two-year-old boy with care, pressing him to his body and winching him to safety.

The proud officer later handed over the baby to his anxious mother waiting inside the chopper.

The woman, who was almost in tears, was all gratitude and smiles as she received her bundle of joy in her hands.

Wing Commander Prashanth is one among many unsung heroes who have brought smiles to the faces of anxious and panic-stricken people of Kerala, reeling under the worst floods of a century. 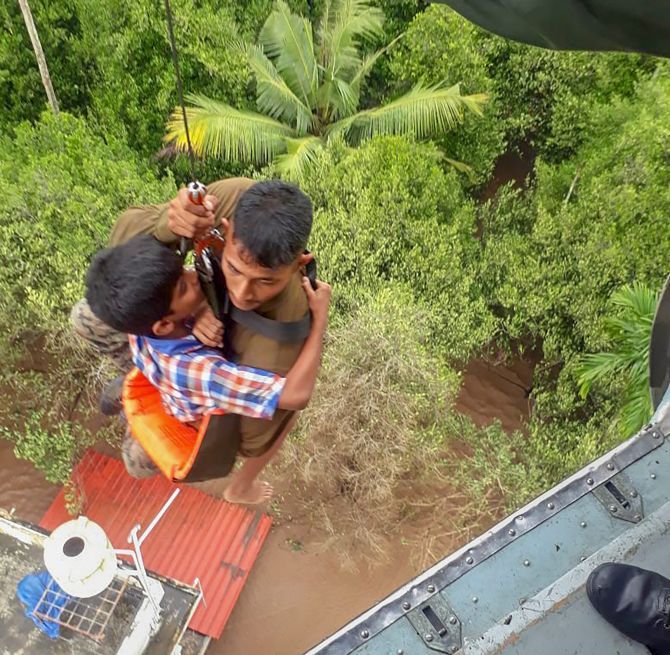 Another TV grab showed some girls, trapped in their hostel room for days without food and water, making a lucky escape after an Indian Air Force helicopter came to their rescue.

They cried and hugged each other after all the stranded were safely pulled up into the copter on Saturday.

Commander Vijay Varma, who saved a pregnant woman in labour by winching her up in a helicopter from a stranded building, was later happy to hear that she had successfully delivered a baby boy.

"This was a very challenging task. We got an SOS and we traced them out...There is tremendous satisfaction, both professionally and personally," the officer said later.

The social media was all praise for the exceptional courage shown by the Indian Navy's Captain P Rajkumar who airlifted over 25 persons battling challenging conditions. 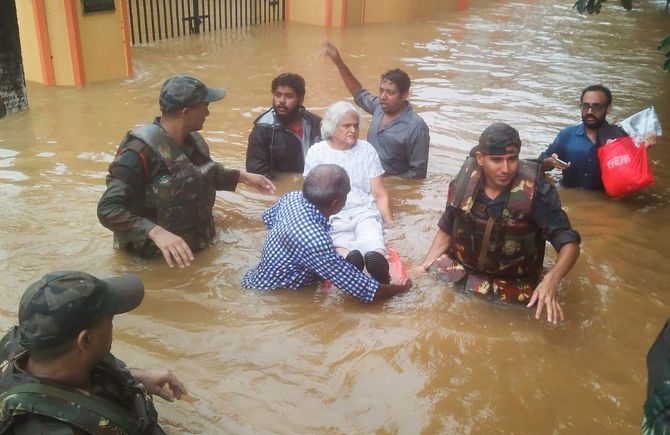 The visual of a man kneeling down in muddy waters to help women step on to him to get into rescue boats went viral on Sunday.

The man in a blue shirt was seen kneeling, with his face hardly a few inches above the flood waters, and women stepping onto his back to climb up to a rescue boat.

The act of Indian Administrative Services officers M G Rajamanikyam and N S Umesh who unloaded rice sacks at the Wayanad Collectorate for distribution at relief camps was also celebrated by netizens.

As soon as news of the devastating floods and the plight of the stranded came out, 600 odd fishermen immediately turned up with their country and mechanised boats to help rescue those marooned in various parts of the state. 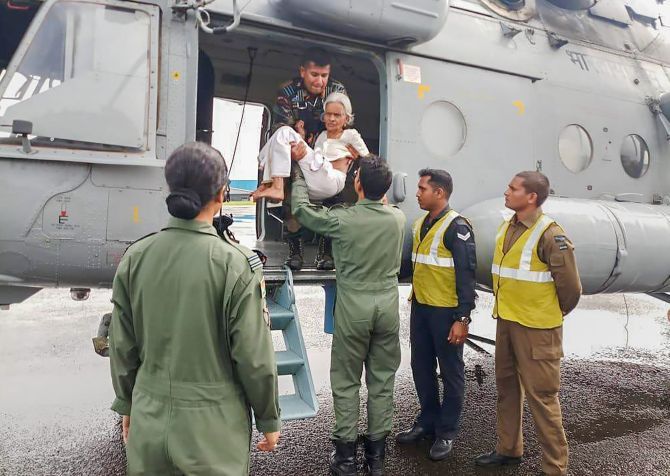 Thousands of people, including women, children and college students are tediously working at various centres across the state free of cost to gather essential materials, including food, medicines, cloths to send to relief camps.

Union Tourism minister K J Alphons, who visited some relief camps in Thiruvananthapuram on Sunday, said they are the 'unsung heroes'.

Many people are still stranded in their homes with no food and sheaths of water around them at various places in Alapuzha, Thrissur and Ernakulam districts.

The maximum death toll has been reported from Idukki district, where 43 people have lost their lives so far, as per official estimates. 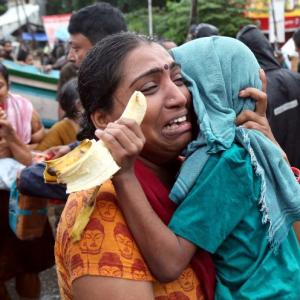