The Election Commission has issued directions to banks across five states slated for assembly polls early next year to report names of persons withdrawing more than Rs 1 lakh in a day to the district election officer and the income tax officials associated with the election process.

The assembly elections in Uttar Pradesh, Uttarakhand, Goa, Manipur and Punjab are slated to be held in 2012.

"You shall be under watch if you withdraw more than Rs 1 lakh in cash from bank in any state going to the polls after the election schedule is announced as the election code of conduct comes into force from that day," the notice said.

The move will ensure that money is not used in influencing the polls as the candidates restrained from spending more than Rs 16 lakhs may be getting the undisclosed funds or those helping them using such withdrawals to bribe the voters, sources in the Election Commission said.

They further said that the police and the I-T officials have also been asked to locate and seize unaccounted cash, wealth, liquor and drugs through random checks on the vehicles in the   election-bound states after the election code becomes operative.

As such, anyone carrying cash above Rs 1 lakh or jewellery of such amount after the poll announcement must carry sufficient proof to explain the source of such money or wealth to avoid on-the-spot seizures, the sources warned.

They also disclosed that the electronic voting machines (EVMs) sent to the states have more features, including the provision for a printout of the stored details, to shut allegations of rigging of the machines.

During the counting of votes, the EVMs will be attached to printers for booth-wise details. The EVMs will also store details of the individual voter with the vote he or she cast as proof against complaints of bogus voting, the sources added. 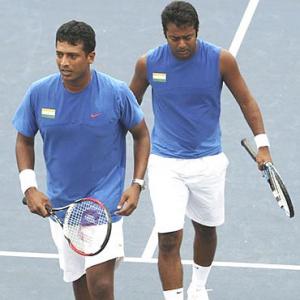 Split with Paes: It wasn't my decision, says Bhupathi