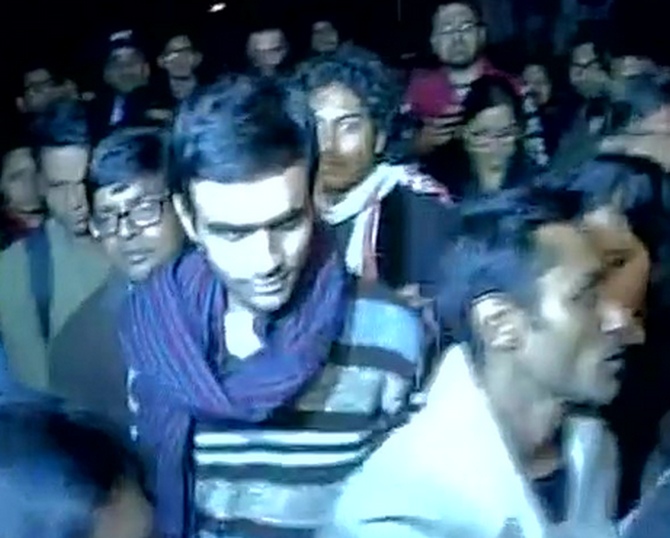 A Delhi court on Monday allowed the custodial interrogation of two Jawaharlal Nehru University students, Umar Khalid and Anirban Bhattacharya, arrested in a sedition case, by one more day.

The court extended the police custody of the duo, who had allegedly organised a controversial event at the JNU on February 9 where anti-India slogans were said to have been raised, after police contended that they were required for further probe in the case to unearth the larger conspiracy.

According to the police sources, the anti-terror unit of Delhi police -- special cell -- to which the case has been transferred, needed some time to interrogate both the accused.

The police has claimed that around 22 people present at the flashpoint JNU event, including some outsiders, have been identified after the joint interrogation of Khalid, Anirban and Jawaharlal Nehru University Student President Kanhaiya Kumar arrested in the same case.

Khalid and Anirban are in police remand since their surrender and subsequent arrest on February 24.

Earlier, the Delhi high court had ordered that "confidentiality" be maintained during the remand proceedings of Umar and Anirban, besides Kumar, while directing the police to ensure that no one "suffers even a scratch" and there is no ruckus this time.

Lawyers had allegedly assaulted Kumar when he was brought to Patiala House court for remand proceedings, in defiance of a Supreme Court order, on February 17. Two days earlier, when Kumar was to be brought to the court, the same set of lawyers had thrashed journalists and JNU students and teachers.

The high court order came during the hearing on Kumar's bail plea after it was informed that the student leader, Umar and Anirban were apprehending threat to their safety and security during production before Patiala House court for remand proceedings.

The police also inquired whether two of them were the main organisers of the February 9 event against the hanging of Parliament attack convict Afzal Guru and whether they were involved in anti-India sloganeering which allegedly took place.

The duo had returned to the JNU campus last Sunday after they went missing on February 12. Besides Kumar, Khalid and Bhattacharya, the other students allegedly involved in the case are Rama Naga, Ashutosh Kumar and Anant Prakash. Ashutosh has joined the investigation with the Delhi Police.

The police had issued a look-out notice on February 20 against Khalid, Bhattacharya, Naga, Ashutosh and Prakash.

In its order, the high court had also directed its registrar general to depute a metropolitan magistrate for conducting remand proceedings and asked DCP (South) Prem Nath, who was present inside the courtroom during the hearing, to coordinate with the registrar general for this.

The bench said Kanhaiya's counsel has apprehended serious threat to his client's life during production before the court for remand proceedings and for this reason, his bail plea was transmitted to the high vourt by the Supreme Court.

The court had heard brief arguments on Kanhaiya's bail plea and posted it for further hearing for today with Additional Solicitor General Tushar Mehta stating that in view of the arrest of Khalid and Bhattacharya, the police would file an application seeking his further custody.

The court had also heard separate petitions filed by Khalid and Bhattacharya in which they had sought security before they surrender to police and their advocates told the bench that since their clients have surrendered the prayer "does not survive". 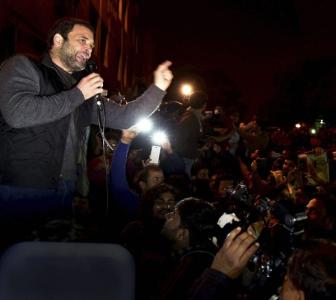 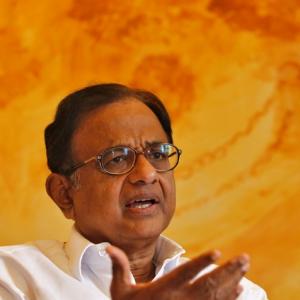 A dissenter is not anti-national: Chidambaram on JNU row