Source: PTI
February 24, 2012 16:17 IST
Days after SpiceJet offloaded a differently-abled person from a flight, Jet Airways has been accused of showing apathetic behaviour towards a disabled woman, even as the airline and aviation regulator Directorate General of Civil Aviation launched separate probes into the incident.

The incident occurred on Monday when Anjalee Agarwal, who suffers from Limb Girdle Muscular Dystrophy -- a progressive neurological condition in which a person is unable to stand or move and is confined to a wheelchair -- was allegedly denied a wheelchair to get off the plane and threatened to be bodily lifted by male loaders. As the airline launched an enquiry, official sources said the DGCA was also probing the incident.

The incident on a Jet Konnect flight (9W 2211) from Delhi to Raipur occurred a day after differently-abled woman Jeeja Ghosh was offloaded from a SpiceJet flight.

Agarwal, a frequent flier and executive director of a non-government organisation that works on creating accessibility awareness, said her "ordeal" began from Delhi airport when she was asked by the airline staff, "if 'I am fit to fly'. When I asked 'what do you mean', he asked me to sign an indemnity bond. "When I refused, he said 'it's our rule and you can't fly without signing this'. I had to sign it, as I could not afford to miss the flight."

When she reached Raipur, Agarwal alleged that despite the crew assuring her of getting a wheelchair, flight supervisor Niranjan Sen insisted that she (Agarwal) be bodily lifted by four male loaders with the "excuse that while deboarding at Raipur they do not have aisle chairs in smaller cities."

"Hence I was ordered to be bodily lifted till the gate of the aircraft, then transferred to the big wheelchair and then carried down the steps," Agarwal, who has filed a complaint with the chief commissioner for persons with Disability, the DGCA and the civil aviation ministry, said.

When Agarwal protested at being bodily lifted by male loaders, "Sen threatened me that they will not deboard me instead take me back to Delhi as the flight was going back to Delhi," she alleged, adding that in the midst of the commotion, the airline allowed boarding of passengers even before she got off.

Finally, after 35 minutes of her protest, a "Jet Airways" aisle chair appeared.

The DGCA has issued guidelines about the Carriage by Air of Persons with Disability or Reduced Mobility, under which no airline should refuse to carry persons with disability or reduced mobility and also incorporate appropriate provisions in online form for booking tickets so that required facilities are made available to such passengers. 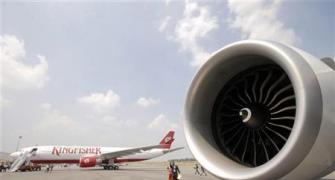 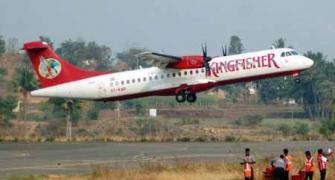 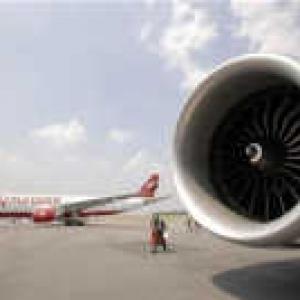 Cabinet's nod to FDI in aviation only after Budget