The Supreme Court on Friday termed as a "serious matter" the issue of alleged mysterious death of special Central Bureau of Investigation judge B H Loya, who was hearing the Sohrabuddin Sheikh encounter case, and asked the Maharashtra government to file his autopsy report.

The top court asked the state government to file its reply by January 15 and said "this matter requires bi-parte hearing rather than ex-parte".

"This is a serious issue. We would like counsel for state of Maharashtra to seek instructions and file the post mortem report and other relevant documents by January 15," a bench of Justices Arun Mishra and M M Shantanagoudar said.

At the outset, senior advocate Dushyant Dave representing Bombay Lawyers' Association said the high court was already seized of the matter and the top court should refrain from hearing the issue.

The bench asked Dave to specify why the apex court should not hear the petition.

To this, he said "the Bombay high court is seized of the matter and in my opinion the Supreme Court should not hear this matter. If the court goes ahead with the hearing, it may have implications before the high court."

Dave said he has been representing Bombay Lawyers' Association before the high court.

Senior advocate Indira Jaising, who was also present in the courtroom, said she also had instructions from Bombay Lawyers' Association to pray that this matter should not be heard by the top court.

She said that two orders have already been passed by the high court with one regarding issuing of notice and other for listing of matter on January 23. Hence the top court should not hear the matter.

"We will see. We will take into consideration your objections. This is a serious issue," the bench said.

Advocate Varinder Kumar Sharma, appearing for Congress leader Tehseen Poonawalla, said this was a case where a mysterious death of a judge, who was hearing a sensitive case, had taken place on December 1, 2014 and it needed to be investigated independently.

"Let the state government file its reply by January 15. Then we will see what can be done," the bench said and listed the matter for further hearing.

Judge Loya had allegedly died of cardiac arrest in Nagpur on December 1, 2014, when he had gone to attend the wedding of a colleague's daughter.

The apex court had on Thursday agreed to hear two separate pleas filed by Poonawalla and Maharashtra-based journalist B R Lone, seeking independent probe into the death of Loya.

The issue had come under the spotlight in November last year after media reports quoting his sister fuelled suspicion about the circumstances surrounding his death and its link to the Sohrabuddin case.

Poonawala, in his plea, said the circumstances revolving around the death of the judge were "questionable, mysterious and contradicting".

"It is the submission of the petitioner that the judges are bestowed with the duty to protect the Constitution and uphold the majesty of rule of law. The judiciary, if not protected, may be unable to fulfil its duty towards public at large. In cases where prima facie material is available to investigate, it is absolutely necessary to order an inquiry," the Congress leader said.

The other plea filed by the journalist submitted that a fair probe was needed into the mysterious death of Loya, who was hearing the sensitive Sohrabuddin encounter case in which various police officers and Bharatiya Janata Party president Amit Shah were named as parties.

A PIL seeking probe into the judge's death has also been filed before the Bombay high court on January 8 by the Bombay Lawyers' Association.

A total of 23 accused, including police personnel, are facing trial for their involvement in the alleged fake encounter of Sohrabuddin Shaikh, his wife Kausar Bi and their associate Tulsidas Prajapati in Gujarat in November 2005.

The case was later transferred to CBI and the trial shifted to Mumbai. 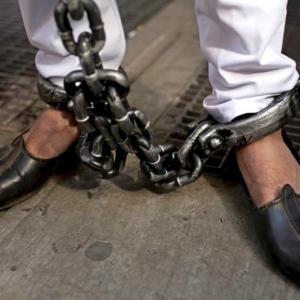