A public interest litigation filed in the Bombay high court has demanded that provisions of `Prevention of Money-laundering Act, 2002' be invoked in the Adarsh Society scam case, and the source of the funds used for the purchase of flats be probed.

The PIL, filed by Pravin Wategaonkar, came up for hearing before division bench of Justice Ranjana Desai and Justice R V More on Thursday. The bench deferred the matter till June 22.

The petition contends that this is a fit case in which Prevention of Money-laundering Act can be invoked. One of the functions of the Directorate of Enforcement was to enforce this Act, it argues.

It further says it is important that actions of ED are monitored by the high court, especially pertaining to those Adarsh Society members, whose 'loans' are claimed to have come from sources other than banks and financial institutions, with a more focus on 'benami' flats.

Even those, who are claiming immunity saying that they have quit the membership of Adarsh Society, be investigated with regard to the source of funds used to acquire the membership in the first place, it says.

The PIL adds that it has been four months since the Income Tax department sent notices to members of Adarsh Society, and the replies sent by 94 members should be scrutinised, keeping in view income declarations submitted by them at the time of becoming members of the society. 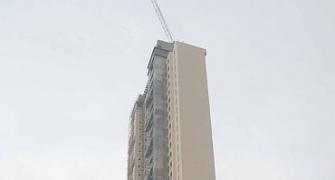 Adarsh: Environment ministry may give fresh hearing against demolition order 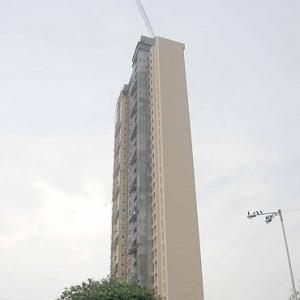