Indian students' woes continue in US

Only 15 students out of 1,500 of the sham Tri-Valley University have been reinstated until now, shows the latest statistics released by the US Immigration and Customs Enforcement.

Earlier on January 19, American federal agents had raided the Tri-Valley University in Pleasanton, California, and shut it down for misusing visa permits, laundering money and for other crimes.

Many of its students are of Indian origin and most of them are from Andhra Pradesh.

The US government gave two options to the students, either take voluntary departure or file for reinstatement.

Out of 1,500, some went back to India or transferred to H4-dependent visa while most of them decided to stay back and transferred to other universities in the US.

"As of July 24, 1,077 Tri-Valley University students have applied for reinstatement and 15 of those applications have been granted," Virginia Kice, spokesperson at the US Immigration and Customs Enforcement told rediff.com.

Attorney Rajiv Khanna said many have received 'Request for Evidence' (RFE) on their application.

"The people we applied for are still in pending," said Khanna.

The attorney said he is unaware of the reason for the rejection.

He alleged that TVU students were left with no option but to take admission at shady schools. "They never posted on their SEVP and SEVIS websites not to take admission in any unaccredited university. The US government is not systematic and has never given anything in written about the Tri-Valley University."

Meanwhile, Kice told rediff.com, "In addition to Tri-Valley University, 10 other California schools have been issued Notices of Intent to Withdraw in 2011.  We are not at liberty to release the names of those schools."

On July 28, officials of ICE's Student and Exchange Visitor Programme served the University of Northern Virginia with a Notice of Intent to Withdraw UNVA's authorization to admit foreign students.

Concerned about the students once again the Telugu Association of North America (TANA), on behalf of the affected students at the University of Northern Virginia, submitted a memorandum to Arun Kumar Singh, Ambassador in Charge at the Indian Embassy in Washington DC on Monday, August 1.

The two-page memorandum says that most of the International students came with the dream to pursue higher studies and spent a significant amount of money. They trusted the UNVA knowing it as a SEVP-approved school. This would have been prevented if ICE gave SEVIS approval only to the accredited universities.

ICE and USCIS have a moral obligation to help the students to regain status and continue education, the letter said

Ashok Kolla, chairman of the student committee of TANA, said he has been receiving calls every second since the incident happened.

Talking to rediff.com, Ashok said, "The most important aspect is status of students. We are working with some well-reputed universities in the United States like Murray State University in Kentucky and the University of Southern Mississippi. They are ready to accept UNVA students, but would not transfer the credits."
Ritu Jha
Related News: UNVA, ICE, Tri-Valley University, SEVIS, SEVP
SHARE THIS STORY
Print this article 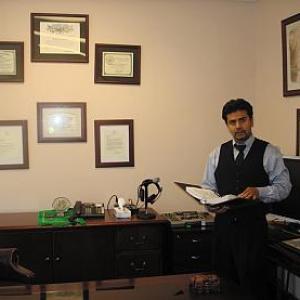 'Without guidelines, lawyers can't do much'

No respite for Tri valley students