India, which assumed the rotating presidency of the UN Security Council on Thursday, hopes to reach out to other nations in garnering support for expansion of the world body's top decision-making arm besides seeking a comprehensive anti-piracy strategy to tackle the maritime menace.

India will have a "very full agenda" as president of the powerful 15-nation UN Security Council this month, with every troubled spot in world, including Yemen, Libya, Syria, Sudan, the Palestinian question and terrorism expected to be discussed at the UNSC in November, India's Permanent Representative Hardeep Singh Puri told PTI.

India had last held the Council presidency in August 2011.

Its two-year term as a non-permanent member of the Security Council would end this year.

Puri said India has been steadfastly undertaking outreach efforts with the African countries, mainly the L-69 group and C-10, for the last several months on the issue of expansion in the permanent and non-permanent membership of the UNSC.

"We have to complete our groundwork to prepare our outreach, after that it requires political courage and will to put it to vote. It will be time to test the waters in an open vote."

Puri said the outreach efforts are "almost nearing completion to our full satisfaction," which would lay the basis for securing the required 128 votes in the General Assembly.

"Once we get that done, hopefully very very soon, rest will be political decisions."

Expectations were high when India joined the Council last year in achieving considerable forward movement in expansion of the Council's membership.

A short resolution that seeks expansion in both the permanent and non-permanent categories and improvement in the Council's working methods has received support from more than 84 signatories.

Puri said when India came to the Council after a gap of 19 years, "we had every intention of seeking a more permanent presence.

"We have every intention of utilising our period of Security Council membership in working towards laying a solid basis for more enduring presence."

He, however, added that the process has been "tough" and one has "to fight every inch of the way. But our ground work and the hard work we are putting in will bear fruit."

During its presidency, India will also be holding thematic debates on working methods of the Security Council, piracy and peace and security.

"Maritime piracy and armed robbery at sea is a major concern for the international community. For a country like India, the problem is particularly severe," Puri said.

With a bulk of India's trade going through the Gulf of Aden and Indians constituting seven per cent of the world's seafarers, India has been at the receiving end of the impact piracy has on trade and its citizens.

According to a report by the UN Secretary General, currently 259 hostages in 18 ships are being held by pirates and of these hostages 43 are Indians.

Puri said the debate on piracy will look at the issue comprehensively and push for a counter-piracy strategy.

On Syria, Puri has already had a request for a briefing within the next 10 days on the situation in the crisis-ridden country.

With the UN headquarters also bearing the brunt of the superstorm Sandy, Puri said he would have initial bilateral meetings of the Council in the Indian mission. 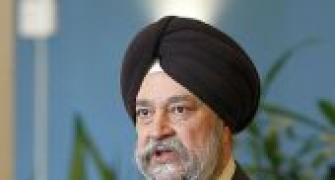 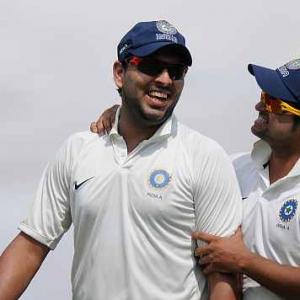