HC says no to CBI probe into Lalgarh massacre

The Calcutta high court on Tuesday refused to order a Central Bureau of Investigation probe into the Lalgarh killing case and directed the state CID to continue to probe the matter.

In an interim order on a PIL seeking a CBI probe into the January 7 incident that left nine dead, the court, however, said it would monitor the progress of the investigation by the CID.

A division bench comprising Chief Justice J N Patal and justice A K Roy also directed the West Bengal government to pay compensation to the kin of the dead and the injured within seven days.

The court directed the joint forces to find out if armed camps existed in the Jangalmahal area and to destroy them if they are found. It also directed the home secretary of the state to file a report on compliance of its order and progress of the CID investigation on February 4 when the matter will be taken up for hearing again.

The court directed that the kin of those, who died in the firing at Netail village in Lalgarh area allegedly by armed cadres of the CPI-M, be paid Rs 2 lakh each.

The kin of the seriously injured would get Rs 1 lakh each and those of the injured Rs 50,000.

Source: PTI© Copyright 2021 PTI. All rights reserved. Republication or redistribution of PTI content, including by framing or similar means, is expressly prohibited without the prior written consent.
Related News: Central Bureau of Investigation, CID, PIL, Lalgarh, CPI-M
Print this article 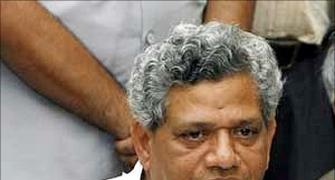