News
Business
Movies
Sports
Cricket
Get Ahead
Money Tips
Shopping
Sign in  |  Create a Rediffmail account
Rediff.com  » News » With no government in sight, Governor's rule imposed in Jammu and Kashmir

With no government in sight, Governor's rule imposed in Jammu and Kashmir 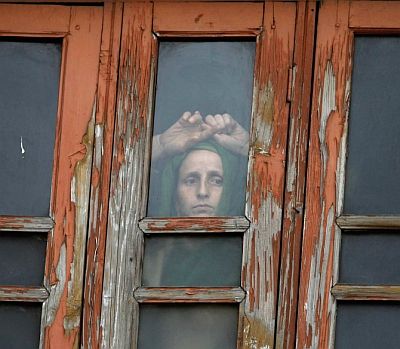 Governor's rule was imposed in Jammu and Kashmir on Friday with the People’s Democratic Party, which emerged as the single-largest party, and the Bharatiya Janata Party failing to cobble up the required number to form the government, triggering a blame game among political parties.

The decision came a day after Governor N N Vohra submitted his report to President Pranab Mukherjee, stating that Omar Abdullah had requested to be relieved of the post of being a caretaker chief minister.

The governor's report contained some suggestions including the option of a spell of governor's rule in the wake of no party getting the number required to form a government after the highly-fractured verdict in the assembly elections, official sources said here.

After the election results were out on December 23, neither the PDP which emerged as the single largest party with 28 seats nor the BJP with 25 could get the magic figure of 44 to stake claim to form a government. The NC has 15 members of Legislative Assembly while the Congress 12.

A blame game erupted on Friday with Omar squarely blaming PDP patron Mufti Mohammed Sayeed for bringing the state under governor's rule and accusing him of continuing the deadlock over government formation to get a full six-year term as chief
minister.

The PDP hit back at Omar, saying there was time until January 19 to form the government and he had forced the present situation on the state. In the midst of this spat, BJP President Amit Shah said in Vijayawada that his party was in talks with both the the PDP and the NC to form the next government in the state.

"Our talks are going on with the two parties in Kashmir...We are trying to form a BJP government in the state," he said. Union Home Minister Rajnath Singh had on Thursday night forwarded the governor's report to the Prime Minister's Office.

Governor's rule was imposed in the state under Section 92 of Jammu and Kashmir Constitution which allows the governor to proclaim it in case of failure of Constitutional machinery in the state.

President Pranab Mukherjee is understood to have given his concurrence for governor's rule which has been imposed in the state for the sixth time since 1977. Omar had said the state needed a full-time administrator to deal with the situation along the border with Pakistan and providing relief to flood-affected people in the Kashmir Valley.

He was asked to continue as caretaker chief minister on December 24 after his resignation in the wake of defeat of his party.

An official statement issued this evening in Jammu said governor's rule has been imposed in the state under Section 92(1) of the Jammu and Kashmir Constitution under which this can be done by issuing a proclaimation after the Governor is satisfied about the failure of constitutional machinery in the state.

It said that in the past two weeks the governor held consultations with the leadership of the PDP and the BJP. However, no party or group of parties has so far staked claim to form the next government in the state.

After Omar requested for being relieved as caretaker CM, the governor was of the view that since none of the political party or parties have so far staked their claim to form the
next government, the governance of the State cannot be carried out in accordance with the provisions of the Constitution of the State, the statement said.

The new government is required to be constituted before January 19 when the term of the current assembly expires. Omar's decision may have also hastened the governor's decision to send a report to the home ministry.

The state is witnessing such a stalemate for the second time in 12 years. A similar situation had arisen when Farooq Abdullah had asked the then Governor G C Saxena to relieve him of being a caretaker chief minister as the PDP and the Congress were taking a lot of time in cobbling up numbers to form the government.

Despite intervention by the then Prime Minister Atal Bihari Vajpayee, Abdullah refused to continue as the caretaker chief minister and governor's rule had to be imposed for a fortnight from October 18, 2002.

"It's been months since the state had a full fledged administration and the people can't wait for Mufti Sayeed to negotiate his six-year term," Omar tweeted after the state was put under the governor's rule.

Omar, who is the Working President of National Conference, said restoration and rehabilitation in the wake of the floods was suffering as accountable administration was absent besides there was a humanitarian problem on the border.

"Yet the @jkpdp would like the limbo to continue as people suffer only so the Mufti can force a 6 yr term as CM from the BJP," he tweeted. He termed as ‘amazing’ PDP's contention that the NC's offer of support to in in government formation was non-serious.

"I'm sorry after an election with such a good turnout we have a situation of governor's rule but as I've maintained the onus lies with JKPDP," he said. PDP maintained that it was in talks with various political parties for formation of a stable government in the state.

"We are in touch with different parties as informal channels are open with all parties," party spokesman Naeem Akhtar said in Srinagar. "We are hopeful that we will be able to form a stable government soon," he said, indicating that governor's rule may last only for a brief period.

Asked if fresh election in the state was a possibility, Akhtar said, "we will discuss the situation if it comes to that".

In Delhi, the BJP said it was an ‘evolving’ situation in J-K and that Governor's rule was imposed owing to constitutional limitation of time and reluctance of Omar to continue as caretaker CM.

"It is an evolving situation", Union Minister and senior BJP leader Ravi Shankar Prasad said in response to questions from reporters. 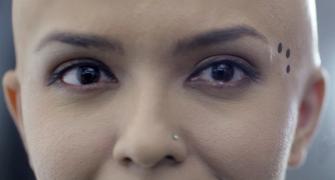 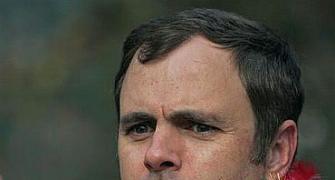 NC, PDP blame each other for Governor's Rule in J-K Talks on with Kashmiri parties for BJP govt: Amit Shah