There is expected to be chaos in the Goa assembly when the Bharatiya Janata Party raises the issue of illegal mining again the ruling Congress-led goverment. The issue hit the headlines after the Shah Commission began probing the illegalities pertaining to the mining industry in Goa.

The government records show that from the 66 mining lessees -- 15,444,245 tons (15 million metric tons) were extracted illegally in the past three years. Even if we take the sale price of that iron ore extracted at Rs 4,000 per metric ton as per the lowest market value of iron-ore sold in the open market; it will give you a sum total amounting to over Rs 6,100 crore -- which is a estimate of the illegal mining done in Sattari and Sanguem as per the government of Goa records.

The following are the cases being probed by the Shah Commission: 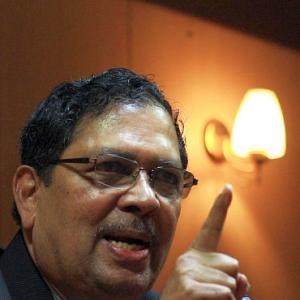